With PhpStorm’s deployment capabilities, you can copy files and folders to remote servers. As a destination, you can use FTP/SFTP/FTPS as well as a local or mounted folder.

Now you can add as many groups as you wish with an arbitrary number of destinations in each group. Then you can deploy your files to all servers in a group simultaneously, in one click!

To get started, navigate to Settings / Preferences | Build, Execution, Deployment | Deployment and add a server group, just like you would do with a regular server:

Next, create some servers in a group, or, to add an existing server, drag it into the group:

That’s it, you are now ready to deploy to the entire group at once:

Common deployment tasks, such as uploading files automatically or after a commit, is now available for server groups, too. 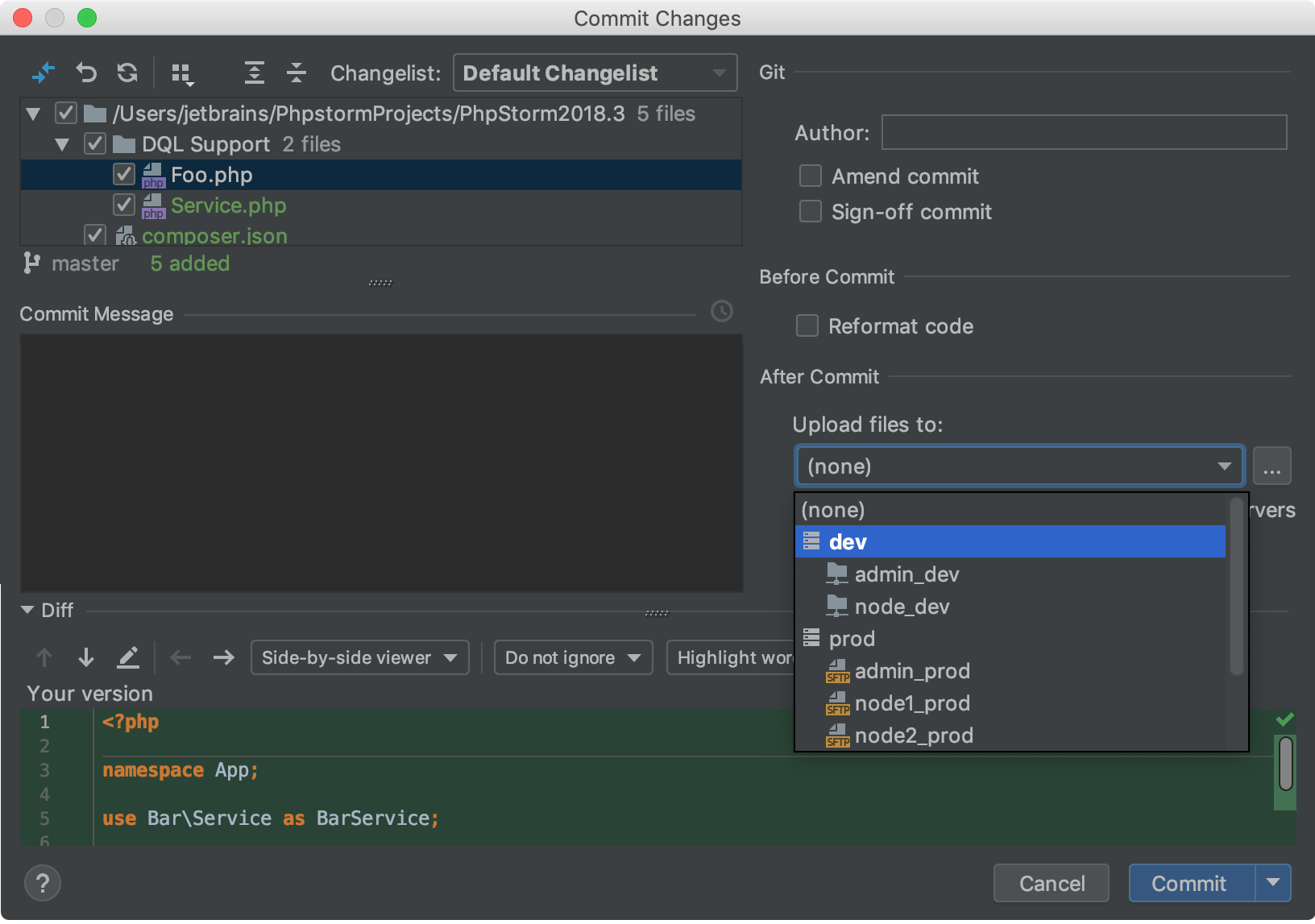 Let us know what you think in the comments, and refer to PhpStorm Help to learn how to configure remote locations and discover more features.