In the first update for the recently released PhpStorm 2018.3, we are happy to bring you new features including support for custom string format functions and improved handling of @internal annotations. The release also has some bug fixes and improvements for PHP and the Web, and takes on the latest improvements in IntelliJ Platform.

In PhpStorm 2018.3, we improved the way sprintf() and printf() functions are handled – their parameters and placeholders under the caret are highlighted. In this update, we are taking another step forward: you can now define your own custom string formatting functions, and PhpStorm will apply appropriate highlighting to them, too. 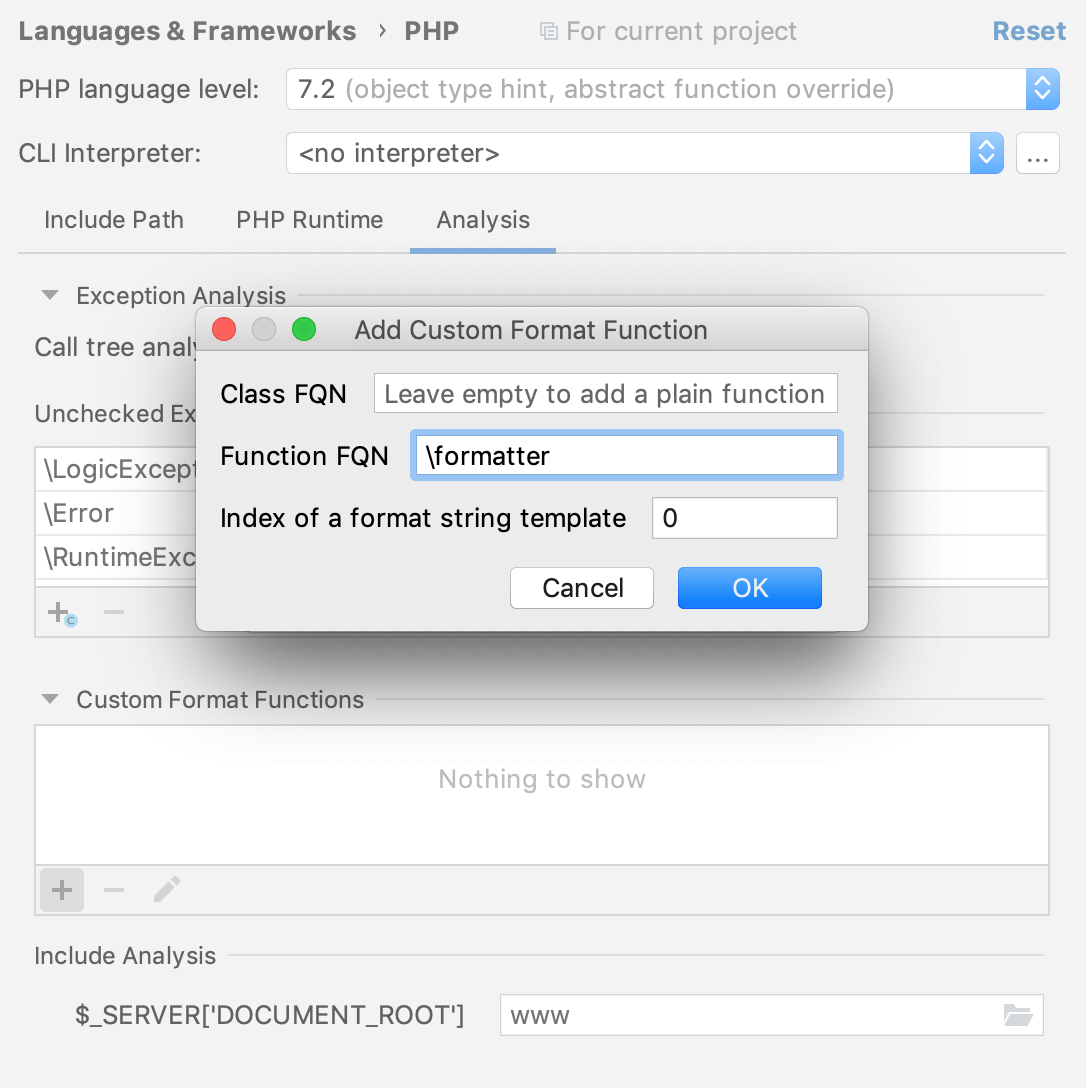 You can add both class methods and plain functions, and PhpStorm will provide you with code completion in both cases. Then, specify the index of the argument where your formatting template resides.

That’s it: apply your changes, and your custom formatting function will be included in the analysis:

In this update, we’ve improved the behavior of the Usage of internal entity inspection, which handles @internal annotations.

Previously, marking a class as internal would result in all class usages marked as internal, too.

Now, since @internal commonly denotes elements internal to a package or a library, the inspection takes your actual project structure into account:

To learn more about working with content roots, refer to PhpStorm help.

See the full list of bug-fixes and improvements in the release notes.

Greetings everyone! Welcome to the January installment of PHP Annotated, where we’ll catch up on the most exciting things that have happened in the PHP world over the last month, including curated news, articles, tools, and videos. (more…)

What’s Next in PhpStorm: The 2023.1 Public Roadmap

In the first release of 2023, we aim to improve performance and bring faster indexing, add 3v4l integration, improve support for generics, as well as PHPStan and Psalm tags, add support for multi-composer and multi-vendor projects, and more. Before the release of 2022.3, we published our first-ever public roadmap and announced what we would be working on. The feedback on the blog, on Reddit, and elsewhere has been very helpful – thank you very much.  We decided to continue this tradition and regularly publish our plans. We want PhpStorm to be the best tool for you, so we’ll share ou

Greetings everyone! Welcome to the December installment of PHP Annotated, where we’ll catch up on the most exciting things that have happened in the PHP world over the last month, including curated news, articles, tools, and videos. (more…)