In this second minor update for the PhpStorm 2019.1 we are happy to bring you support for Composer via Docker. This release also contains a Blade templates debugging fix, and a bunch of other bug fixes and improvements for PHP, the Web, and includes all the latest improvements made to the IntelliJ Platform.

The usage of containerized environments by PHP developers is steadily growing by roughly 12% each year – from 18% in 2017, to 30% in 2018, to 42% in 2019, according to The State of Developer Ecosystem Survey. While PhpStorm supports PHP interpreters via Docker and Docker-compose, it still had some parts missing. One of these is Composer integration. You needed a local PHP setup in order to run it. But it could be that this differs from the one you have in your containerized dev environment, or you might not even have a local PHP interpreter at all both of which might cause problems.

Under Preferences | Languages & Frameworks | PHP | Composer you can find a new Docker radio button option, where you’ll be able to configure the Docker server (this is not a PHP server), as well as provide an image, the Composer executable name, and the container options: 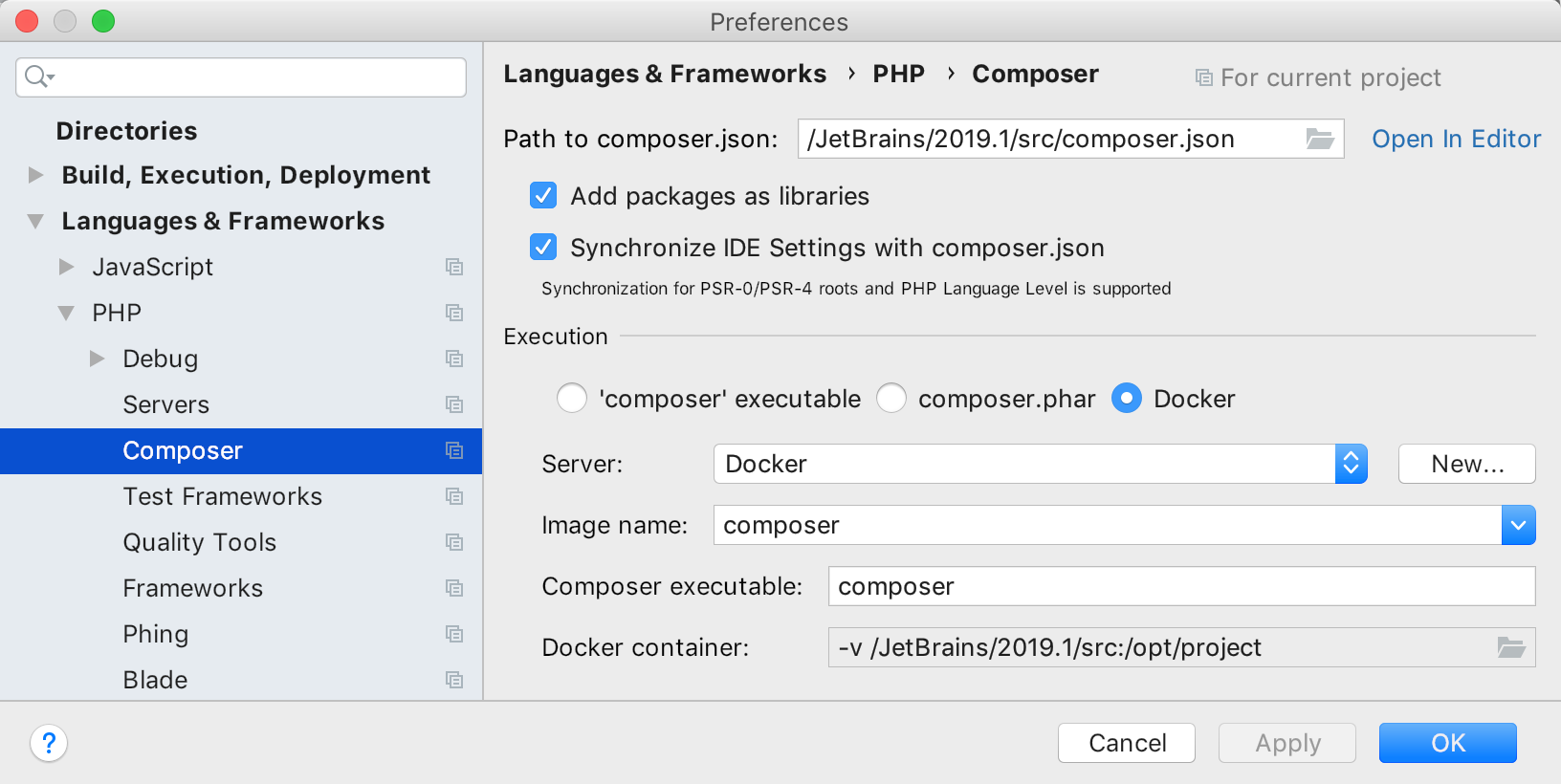 This feature is a subset of a broader request to support Composer via any remote PHP interpreter (WI-23544). According to the survey and stats, the main use-case is Docker, which is why we have started with this first. We would like to hear from you on how you like the current implementation, then based on this feedback we will try to improve and expand it to the other use-cases.

We’ve added support for debugging Blade templates in PhpStorm 2019.1. Due to a bug, the debug info format, which is needed for PhpStorm to map compiled files to original templates, since a change was made in Laravel 5.8.11. The current PhpStorm build brings debugging Blade templates experience back (WI-46191) for Laravel 5.8.11+.
Thanks a lot to the Laravel community for help with this issue!

You can find the full list of bug-fixes and improvements in the release notes.

We’ve got some exciting news today: Brent’s YouTube channel has joined the JetBrains family (Brent is our PHP developer advocate). The channel will now be called “PHP Annotated”. Like before, it will continue to focus on engaging with the PHP community. The only difference is that now we’ll be able to offer far more (and better) content. If you want to know what kind of content we’ll be working on, here’s our first new video: What’s New in PHP 8.2: https://www.youtube.com/watch?v=KBcZIY_v9VQ Make sure to subscribe so that you can be the first to know about new videos. And we'd lo

Greetings everyone! Welcome to the October installment of PHP Annotated, where we’ll catch up on the most exciting things that have happened in the PHP world over the last month, including curated news, articles, tools, and videos. (more…)