For the complete list of the changes see the release notes.

There’re other fixes that are currently under way and will hopefully get into the final PyCharm 2016.1.1 release. They’re: fixes for various Docker Compose support problems, a fix for extra libraries indexing. Stay tuned for further announcements.

We encourage you to give PyCharm 2016.1.1 EAP a try before its official release. Please change the updates channel to “Early Access Program” in the updates settings (Help|Check for updates…) to get the patch update to the EAP build from the recently released PyCharm 2016.1 or download the installer for your platform. Please report any bugs and feature request to our issue tracker. 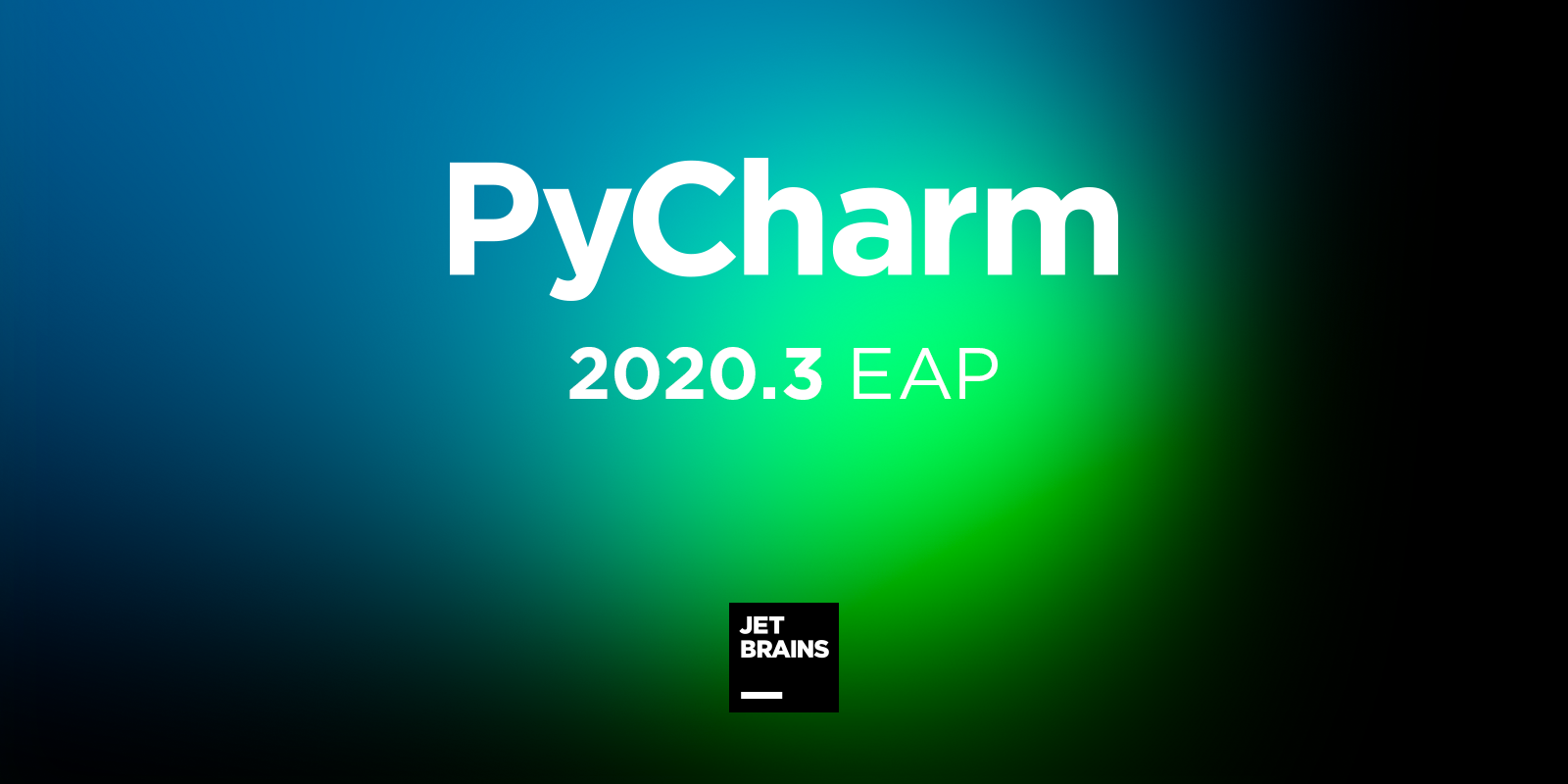 The second build of PyCharm 2020.3 is now available in the Early Access Program with features and fixes that will make your experience smoother and more productive. We invite you to join the program to test, share your thoughts, and help us make a better PyCharm for you and all our users! DOWNLOAD PYCHARM 2020.3 EAP Highlights Fast-track setup and reworked Welcome screen Once PyCharm is installed, you’ll come to a new Welcome screen that includes, besides the project selection, also a variety of dialogs to help you customize your IDE even before starting it! First of all, the "Projects&q
October 8, 2020 by Roberto Pesce

The Early Access Program for our next major release, PyCharm 2020.3, is now open! If you are always looking forward to the next 'big thing' we encourage you to join the program and share your thoughts on the latest PyCharm improvements! If you are not familiar to our EAP programs, here are some ground rules: EAP builds are free to use and expire 30 days after the build date You can install an EAP build side-by-side with your stable PyCharm version These builds are not fully tested and can be unstable Your feedback is always welcome, use our issue tracker and make sure to mention y
September 23, 2020 by Roberto Pesce
Subscribe