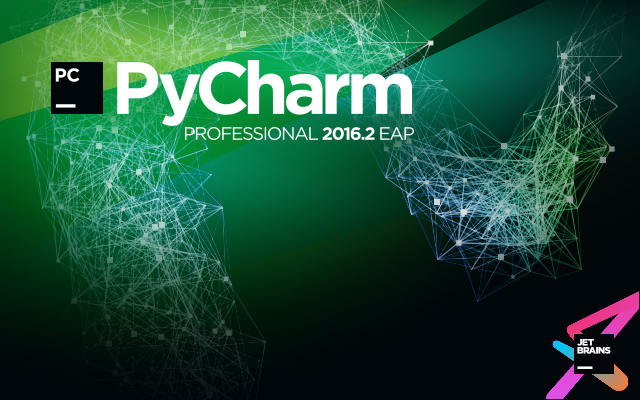 What is the Early Access Program (EAP)?
We at JetBrains believe that making tools for developers should greatly involve listening to developers. Early Access Programs allow you to try pre-release versions of our software to evaluate features that will be added to the next release, closely participate in discussions about PyCharm, and influence the release from early stages onwards.

Once you’ve downloaded the latest EAP build (from its official page), you’ll start getting updates with new features and improvements every week (to receive notifications about updates, make sure to set “Early Access Program” in your update settings). Your feedback is welcome and very much appreciated in our issue tracker or in the comments section of this blog post.

Download PyCharm 2016.2 preview build for your platform right from the project EAP page, and please report any bugs and feature request to our Issue Tracker.

-PyCharm Team
The Drive to Develop

We’re now in the final stages of our preparations for the PyCharm 2020.3 release. This week’s build brings a variety of bug fixes that will help ensure the new version runs smoothly. Please try this version out and let us know how we’re doing. And if you run into any issues, don’t forget to submit a ticket on YouTrack. Improvements in this version Master your tools and increase productivity! We’ve added a Learn PyCharm section to the new Welcome screen. You will find all the materials you need to learn about the advanced settings, features, and shortcuts available in PyCharm. Just select
November 23, 2020 by Valeria Letusheva

The fourth build of PyCharm 2020.3 is now available in the Early Access Program. This week’s EAP is devoted to platform-wide features, now bundled in PyCharm: Code With Me, a tool for collaborative development and pair programming, and Grazie, an intelligent text proofreading assistant. For the full list of issues fixed in this update, see the release notes. We invite you to join our EAP to try out the latest features we have coming up, test that they work properly in your environments, and help us make a better PyCharm for everyone! DOWNLOAD PYCHARM 2020.3 EAP Highlights Code With Me PyCha
November 6, 2020 by Valeria Letusheva
Subscribe