The latest and greatest early access program (EAP) version of PyCharm is now available from our website:

In recent times, PyCharm has added more and more advanced ways of configuring your project interpreter. In addition to your regular system Python and virtualenvs based on it, we now also support Conda environments, interpreters on remote machines through SSH, within Docker containers, and in Vagrant boxes. This list is likely to grow in the future as the Python community adapts new ways to isolate dependencies.

The interface that we’ve used to configure these interpreters has slowly been adapting to accommodate new ways of configuring an interpreter. The time has come to overhaul it, both to make it more intuitive to use now, and to be ready for future expansion.

In the project interpreter settings, there is a dropdown, which contains all the virtualenvs you’ve ever used in PyCharm. If you have many projects which all have their own virtualenv, this becomes a very long list. Yet, for the project you’re working on most of them are irrelevant.

If you want to configure a new interpreter for your project, use the gear icon, and choose either ‘Add Local’ or ‘Add Remote’. Local interpreters are those that run directly on your operating system, remote interpreters include Docker and Vagrant in addition to remote computers you connect to through SSH.

Let’s have a look at the new Add Local dialog: 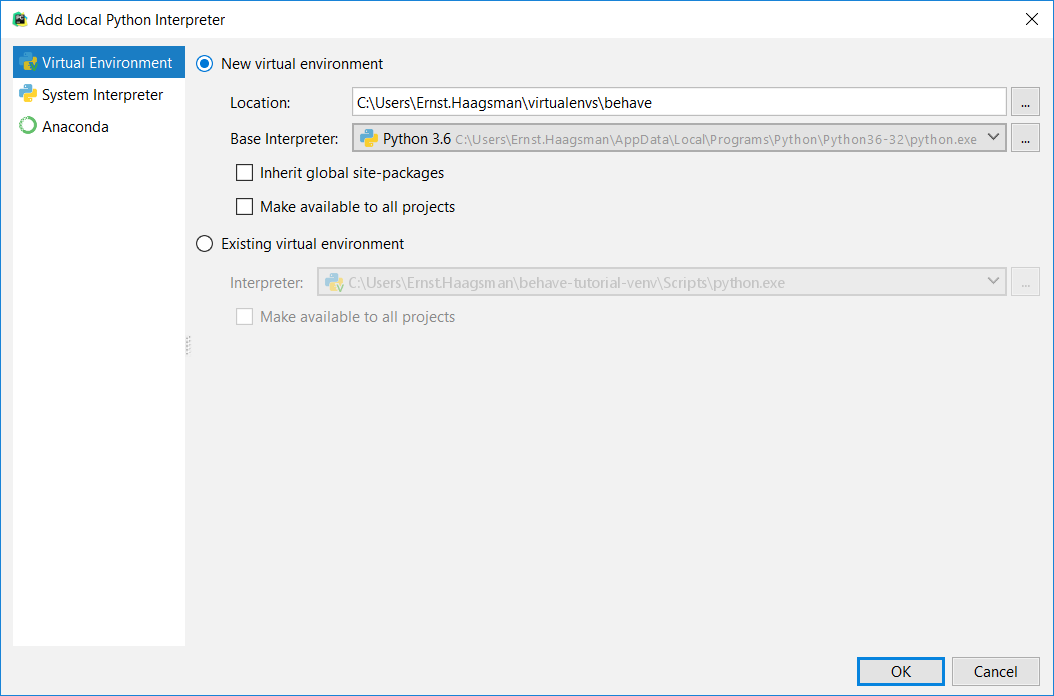 As we know the decision where to place virtualenvs is a choice that users like to make for themselves, we’ll remember where you placed the virtualenv the previous time. Whether that’s inside your project, or in a separate directory.

For users of virtualenvwrapper and similar tools, we’ve added some intelligence to the existing virtualenv section, and if we find a virtualenv that looks like it belongs to this project (if the name matches, either fully or partially), we’ll preselect it. That means that after setting up your project with mkvirtualenv, after opening PyCharm you’ll be prompted to configure an interpreter, and you’ll most likely only have to click ‘OK’ to confirm.

Also New in this Version

An oft-requested small improvement to our syntax highlighting: you can now customize the color of function calls in your code. By default, they’re set to black, but you can change them in the settings: Editor | Color Scheme | Python.

If you’re using a bastion host (also referred to as a jump host), you’ll be very happy to know that PyCharm 2017.3 supports SSH config files. Even on Windows. Just write an OpenSSH style config file in `~/.ssh/config` or `/etc/ssh/ssh_config` and choose “OpenSSH Authentication”.

If these features sound interesting to you, try them yourself:

As a reminder, PyCharm EAP versions:

If you run into any issues with this version, or another version of PyCharm, please let us know on our YouTrack. If you have other suggestions or remarks, you can reach us on Twitter, or by commenting on the blog.

We are opening the Early Access Program for PyCharm 2023.1! We invite you to take part and help us fine-tune the features we plan to include in PyCharm 2023.1.