Webinar: “A Look At — and Inside — Textual” with Will McGugan
Newsletter
Webinars

Want a UI for your application? Python has had GUI choices for decades. But what if your UI is in a terminal? And not just a command-line interface, but a full-screen application with a text UI? What does a “Text UI” even mean?

Enter…Textual from the prolific Will McGugan, joining us for a webinar showing Textual and some of its implementation. 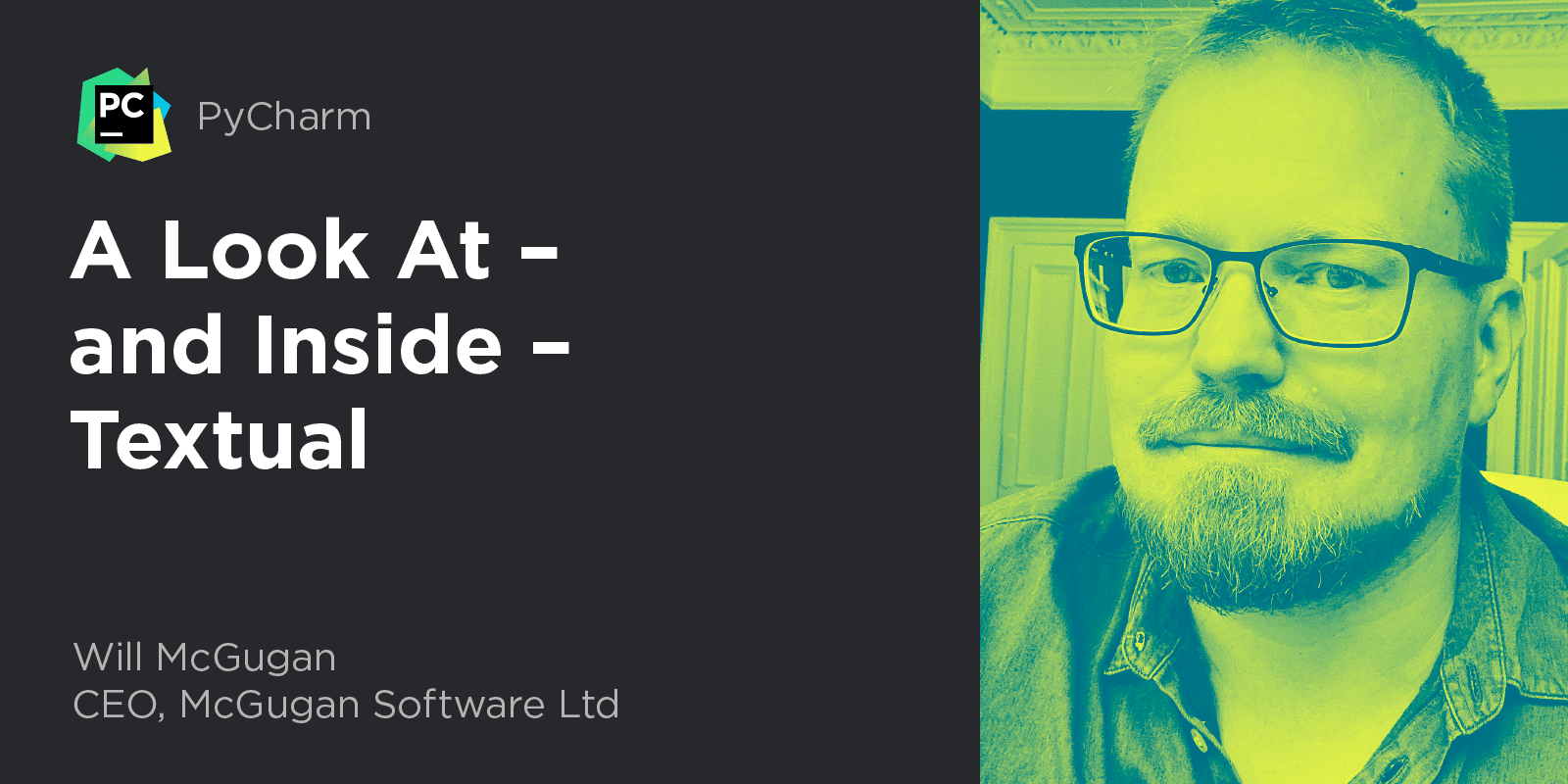 This is actually two webinars rolled into one. In the first half, we’ll explain Textual and show some demo applications, taking questions and comments as we go. In the second half, we’ll take a peek inside the code to show how it is implemented, getting commentary from Will about decisions he made (and future work.)

We’ll also discuss his new job arrangement. On September 1, Will announced he is pausing his commercial work to focus on his open source projects such as Rich, PyFilesystem, and Textual. He’s hoping to show that sponsorship can prove viable. We would like to use this webinar to round up some contributors.

Will is a freelance software engineer based in Edinburgh, Scotland. Will has worked with Python for more than 15 years, building web applications and cloud services. He is the author of Beginning Games Development with Python and Pygame, and has created a number of popular Python packages. In his spare time, Will enjoys photographing wildlife, from bears to komodo dragons.

Building a web application to solve a business problem is relatively easy, but how do you create a compelling experience that draws your users in and entices them to spend more time in your app? Making your search features great can do wonders for attaining that goal, regardless of whether your app is about eCommerce, food delivery, or social media. Date: August, 27 Time: 15:00 UTC REGISTER Thi