RubyMine 4 is Here to Make You Feel the Productivity
News

RubyMine 4 is Here to Make You Feel the Productivity

We did it! Welcome the new major release – RubyMine 4 – significantly sped up,
with a brand new UI, improved CoffeeScript and SCSS/LESS editors and more. 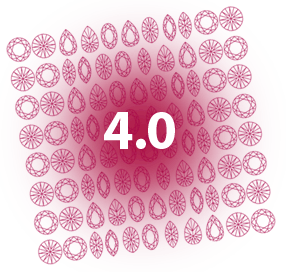 You might know we mainly focused on the performance for the release. We completely redesigned the architecture and actually improved responsiveness all over the IDE.

At the same time you will hopefully enjoy the many requested features we added in RubyMine 4, as well as its enhanced usability and UI.

The major release changes are the following:

Note that RubyMine 4.0 is a free update for everyone who purchased their RubyMine license after Feb 15, 2011. And as usual, a 30-day trial is available if you want to try RubyMine as your new Ruby on Rails IDE.

RubyMine 4.0 took time to appear but we are very happy with the result and want to heartily thank all the early adopters for their invaluable feedback.

RubyMine 4.0 RC2 is OutRubyMine 4.0.1 Hotfix
Comments below can no longer be edited.

RubyMine 2021.2.3 is now available! You can update using the Toolbox App or right from inside the IDE. You can also download RubyMine 2021.2.3 from our website. Moving to JetBrains Account For Trials of IDEs Please note that starting from this build, you will need to provide your JetBrains credentials to use the trial product versions. Bug-fixes You’ll find the following important fixes in this u

Hello everyone! Welcome to RubyMine’s third Early Access Program of 2021! As always, we encourage you to use these EAP builds to try out the new features before the official release. We are looking forward to hearing your feedback! DOWNLOAD RUBYMINE 2021.3 EAP Feel free to subscribe to the blog for updates and follow us on Twitter to learn about the new features as they are released. Here are th

RubyMine 2021.2.1 is now available! You can update using the Toolbox App or right from inside the IDE. You can also download RubyMine 2021.2.1 from our website. You’ll find the following important fixes in this update: Fixed the issue with extra whitespaces appearing after reformatting multiline statements with /: RUBY-21927 Added the ability to mark directories under vendor/as a libra