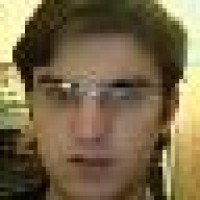 Build 0.5.265 is coming with new cool features for ScalaTest.

What’s next. New plugin version is coming with possibility to run single test.

Usually it’s not obvious what exact test name is, so you have possibility to run single test from context menu. Currently rules to get test name from location is hard-coded for all suites in the latest ScalaTest package. But it won’t work for your custom suites and your custom method invocations to register new tests. That will be possibly changed in future, but now you should write test name by yourself  for custom suites.

Next feature is test navigation. It will work only with unreleased ScalaTest 2.0 (I’m not sure is it available in maven repository, but you can build your own ScalaTest 2.0 snapshot). So you can double click on test and navigate to exact test location. Moreover, joined with previous new feature you can use right click on test node and re-run (or debug) just this test.

Also ScalaTest 2.0 is coming with better scoping feature. It means you will see better tree in test run view:

And that is not all. New feature for ScalaTest integration is re-running failed tests. After the first run you added some fixes and you don’t need to run previously successful tests, so you can just re-run failed tests and you will see, which of them are fixed. 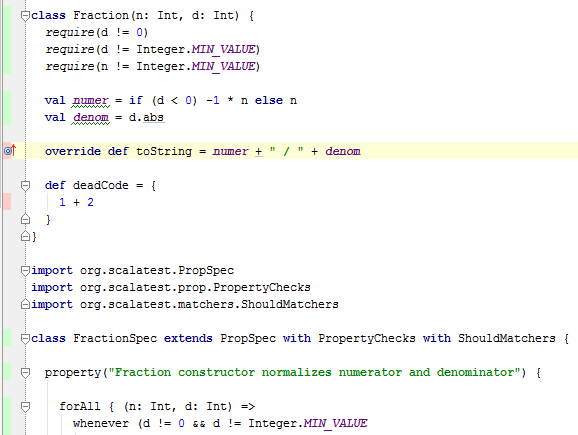 Thanks to Bill Venners and Chee Seng Chua (from ScalaTest team) for collaboration on doing this cool features.