TeamCity 8 — Welcome to The Light Side of Continuous Integration It’s been a while since the last major release of TeamCity, and today we’re excited to announce that new TeamCity 8 is here and available for download. We carefully listened to everything you told us and did our best to give you the product which exceeds your expectations.

As with every release, the whole list of new features and improvements is very long and you can surely learn about all of them, but let’s take a look at some of the most noteworthy ones.

If you already have additional agents and your licenses maintenance period covers TeamCity 8.0 release date, good for you! Just upgrade to TeamCity 8 and start receiving profit.

The project hierarchy in TeamCity 8 allows you not to worry about the growing number of projects and configurations. You’re able to group several projects under a parent one and tune access, VCS settings, and other parameters for the whole projects tree.

No matter how well you keep an eye on your build environment, there is always something out of your field of view: unused agents, huge build logs, redundant VCS roots and so on. The new Server Health page is here to show you these issues.

Other important features include:

Check out more details and screenshots on the What’s New page and download TeamCity 8 now to try these great new features. 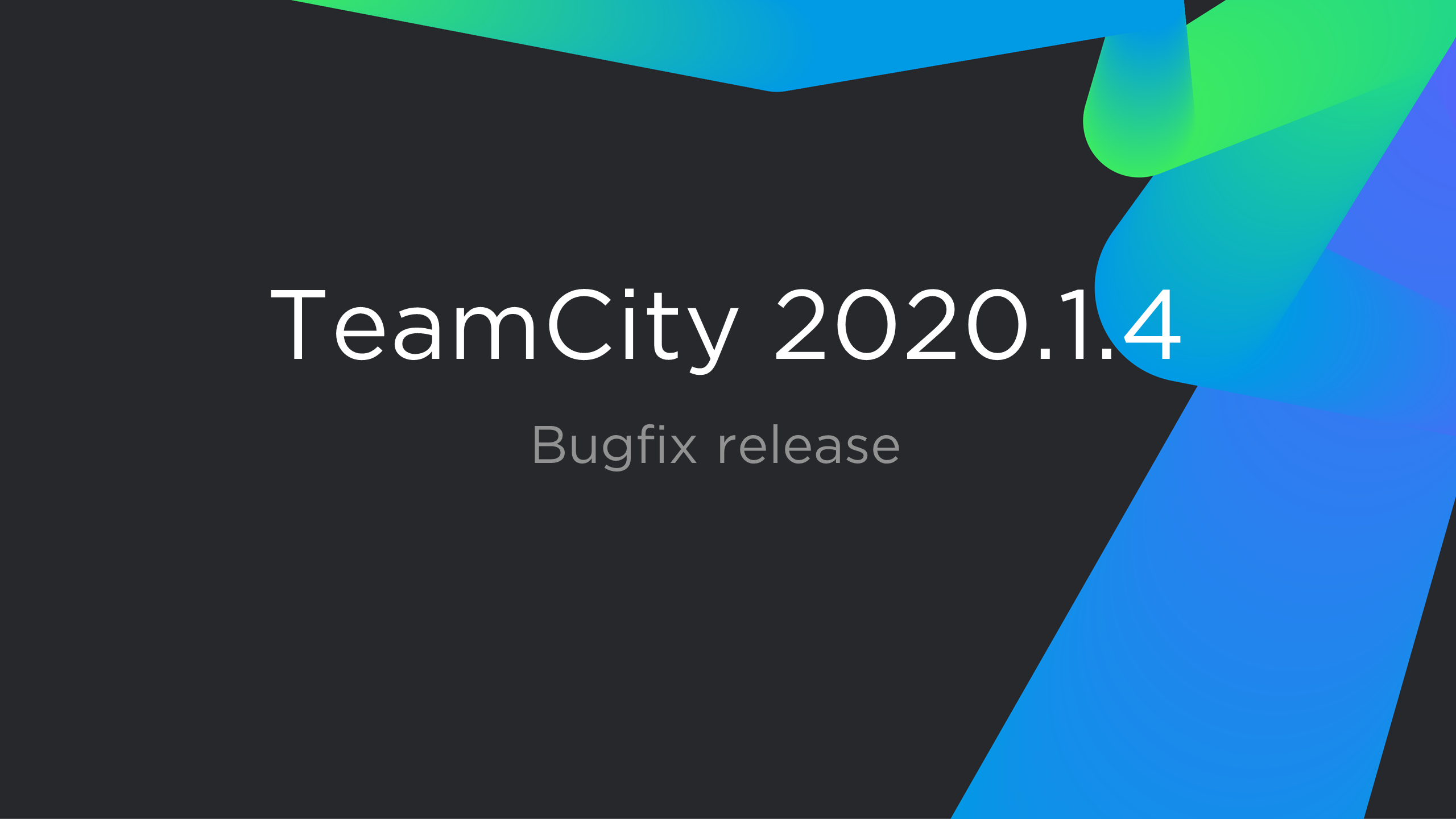 The new TeamCity update is ready. In version 2020.1.4, we focused on fixing bugs and improving TeamCity performance and usability. See the full list of 40+ resolved issues in our release notes. As any bugfix update, 2020.1.4 shares the data format with other 2020.1.x releases, so you can upgrade/downgrade TeamCity within these versions without performing a backup/restore procedure. Remember to read the upgrade notes and use one of the following options to upgrade: upgrade from your recent version with our automatic update download the new version from the website pull the TeamCity Docker imag
Posted on September 10, 2020 by Maria Kudryavtseva

Today we are opening the Early Access Preview for TeamCity 2020.1! Traditionally, we named our new release after an Indian city – this time it is a beautiful ancient town of Lakhnau famous for being a many-sided industrial and cultural hub. Here is what we present in the first EAP: Bundled Kubernetes plugin which allows your builds to use Helm commands and to run on TeamCity agents in a Kubernetes cluster. Support of Azure DevOps pull requests. TeamCity can detect each new pull request in your Azure DevOps repository and, if a VCS trigger is added to a build configuration, automatica
Posted on February 27, 2020 by Maria Kudryavtseva
Subscribe