This is part 1 of a 4 part article on how to program in TypeScript using object-oriented techniques. If you’re new to TypeScript, see Get Started Developing TypeScript Apps with WebStorm and the TypeScript docs.

While types are often hailed as the premiere feature of TypeScript, being able to write object-oriented code in ways that are similar to other mainstream languages such as C# or Java is a very important facet of the language.

There are four main principles to object-orientation: Inheritance, polymorphism, encapsulation, and abstraction. In this article, you’ll learn about inheritance.

Many applications will have a need for multiple, similar objects that have some differences or specialization to them.

Take, for example, a banking scenario. People expect banks to have multiple types of bank accounts such as a checking, saving, or investment accounts (any many others). If you were to write code separately for each of these without using inheritance, there is a lot of code duplication, especially in the common methods and properties. That makes the code difficult to understand and maintain. It’s also more error prone since we all know how duplicated code is written: copy and paste. Rather than fill all these classes with redundant code, you can inherit one class from another.

Consider the following base class that represents a generic bank account:

When you create instances of child objects, you have access to the base class members as well as the members added to the derived classes, as shown here:

While building object models, you may have created a class that you want to change to be a base class. Rather than having to modify several lines of code and create files, use WebStorm’s Extract Superclass feature. You can choose exactly what you want to move into a new parent class and what to keep. 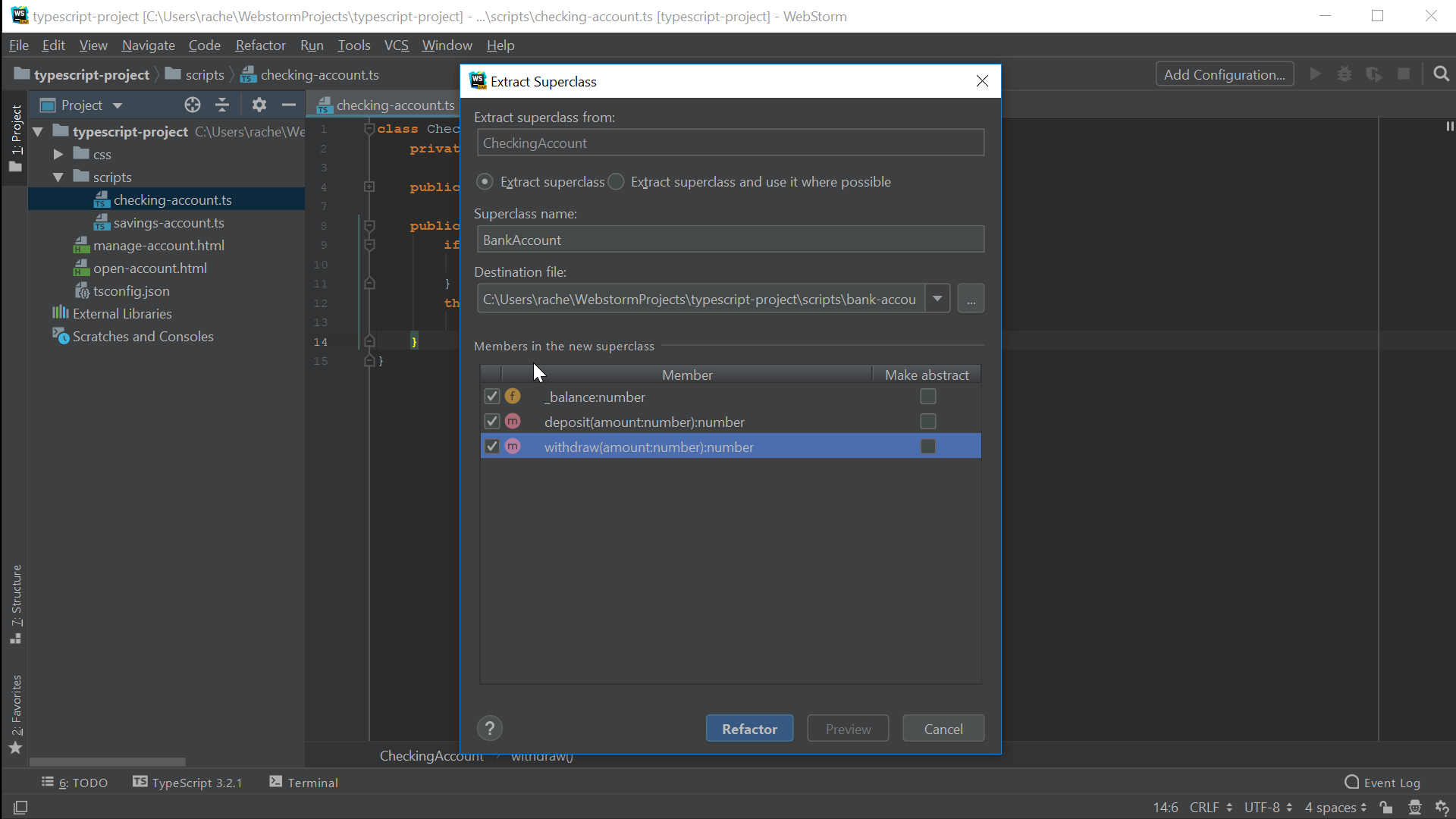 Additionally, WebStorm contains several features that help you build object models. To create a child class quickly, press Alt + Enter on a base class and choose Create Derived Class. WebStorm suggests a name for the child class that you can modify, and add the extends keyword to mark the class as derived. 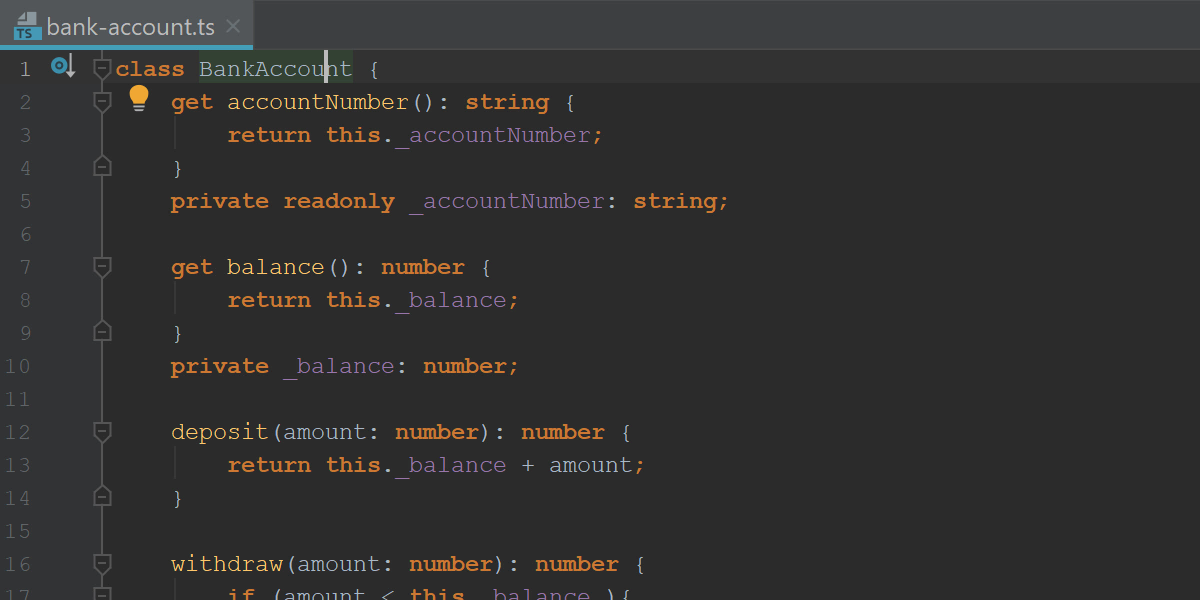 Many developers like to structure their projects so there is one file per each class as it’s a popular way to organize files in an object-oriented app. To move this class to its own file, press Alt + Enter on the child class name and choose the intention to move the class to its own file. 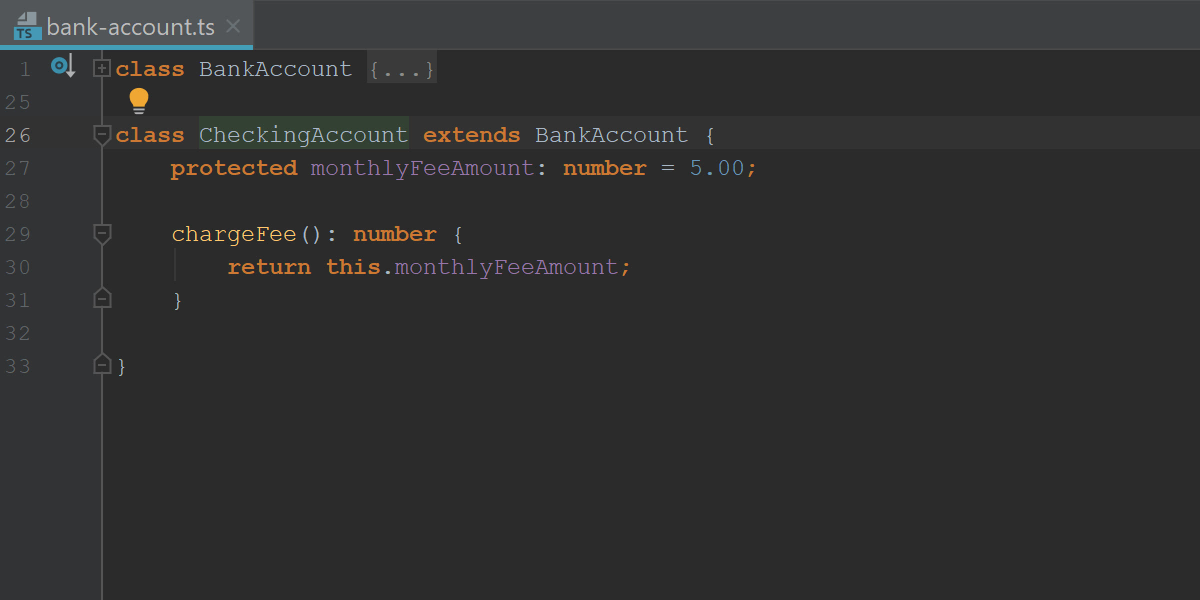 Class hierarchies can quickly become large, and as shown previously, they often span across many files. Viewing and navigating class hierarchies is easy in WebStorm when you use the hierarchy tool window (shortcut: Ctrl + H). 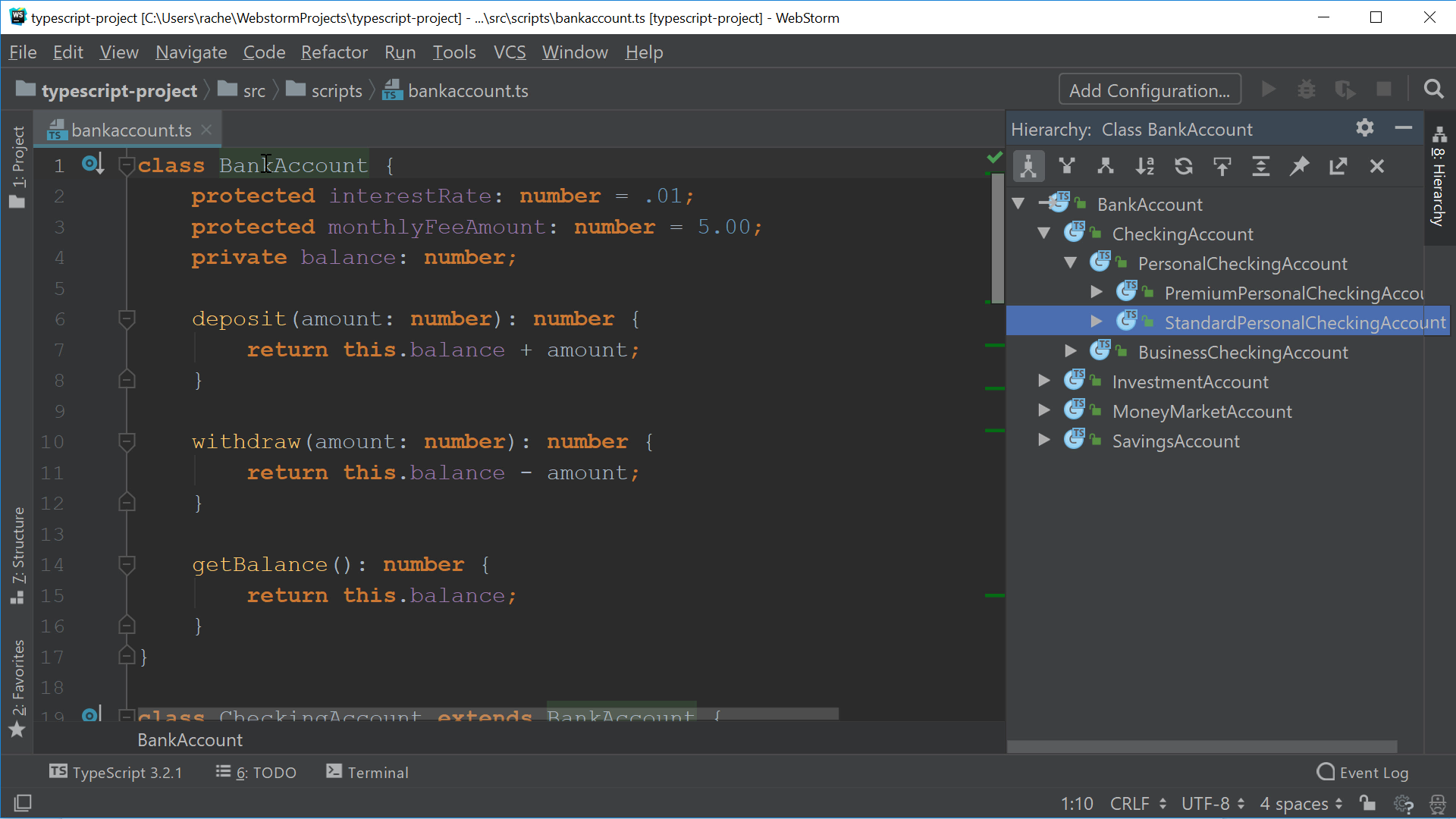 Inheritance is a key feature of object-oriented programming, and TypeScript has made it a first-class feature of the language.