Participate in the Developer Ecosystem Survey 2022!

With your input, we'll find out together where the industry is headed in 2022, and we'll know how to improve our products to serve you even more effectively. You'll get your personal result and enter a prize raffle.

The raw data from the 2021 Developer Ecosystem survey is available for download. It includes 30,000+ responses from developers around the world. Valuable insights and patterns that were not covered in our infographics are waiting to be discovered. #DevEcosystem2021 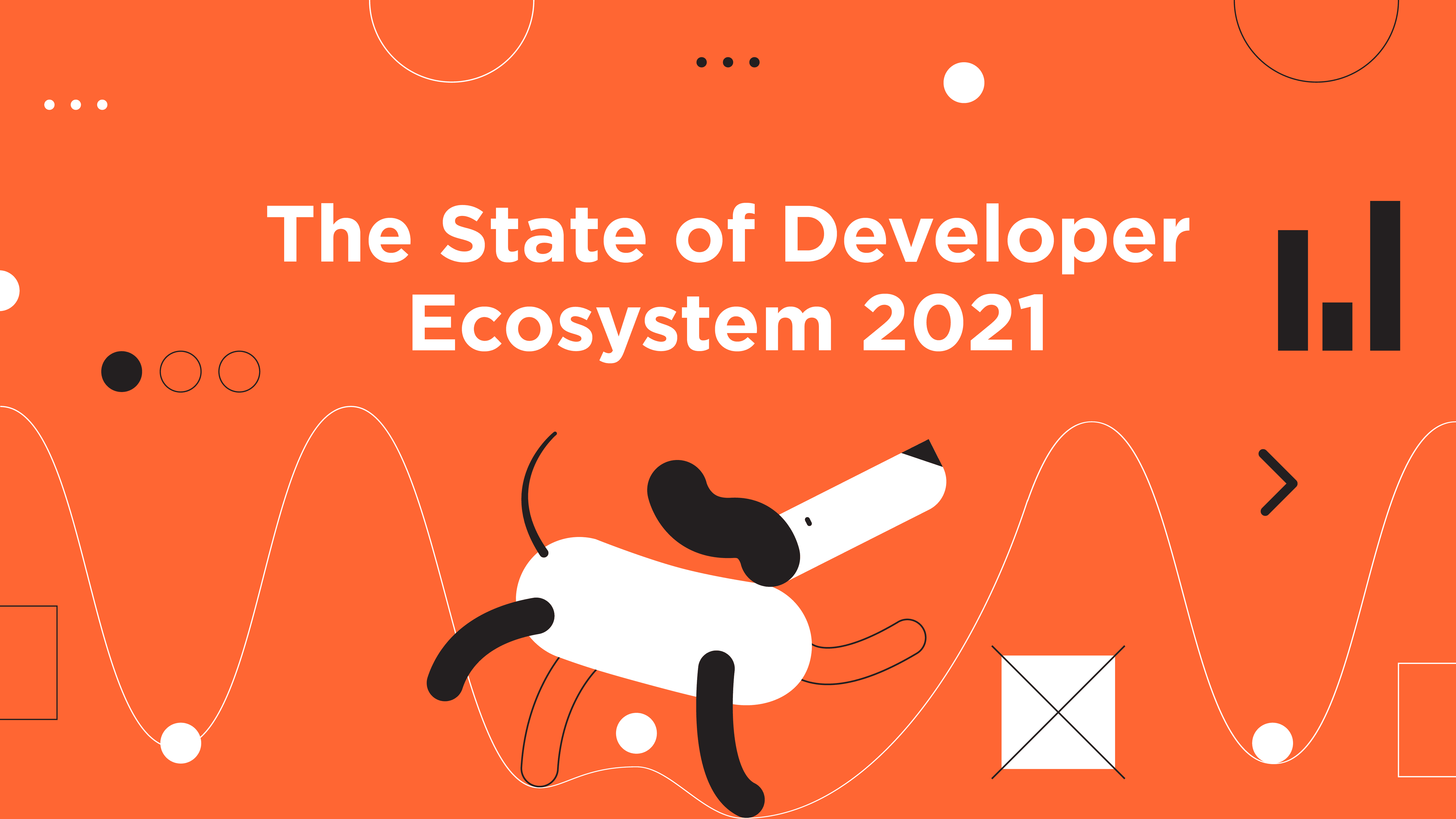 The State of Developer Ecosystem 2021

The results of our fifth annual Developer Ecosystem Survey are in! The report tracks the current trends around various programming languages, applications, tools, frameworks, and even developers’ lifestyles and habits. What’s different about this year’s report is that This year we improved our methodology and extended the survey geography to the whole world! The State of Developer Ecosystem 2021 report is based on the input from 31,743 developers from 183 countries and regions that helped JetBrains map the landscape of the developer community. Here are some interesting findings: JavaScr

We’re back with the fifth JetBrains Developer Ecosystem Survey – our comprehensive, independent study of the software development ecosystem. Help us once again to get representative views and deeper insight into the world of software development by answering questions on your coding, work, favorite technologies, and beyond. Please complete this 30-minute survey and share your insights with us. The survey is available in 10 languages. As a token of our appreciation, you will also have the chance to win a prize of your choice: MacBook Pro or Dell XPS 17 Xbox or PlayStation $300 Amazon certif

We’re releasing the raw data from the Developer Ecosystem Survey 2020. This is our fourth annual research study conducted among software developers around the world in which we aim to show the current state of the software development industry including its many technologies, tools, and practices. The infographics - The State of Developer Ecosystem 2020, we published earlier this year include only some of the most interesting results and takeaways that can be gleaned from the raw data. You are welcome to download the data and dig deeper into it to uncover your own fascinating facts and insight

The State of Developer Ecosystem 2020

Check out the fourth annual JetBrains report on the state of the developer ecosystem!  This year it includes more topics than ever before, as well as insights into the lives of developers. Along with the 15 languages and dozens of technologies we’ve covered before, this year we’ve added some new sections: R language, Microservices, Testing, Big Data, and even developer lifestyles! This time we adopted a new methodology that let us include far more responses than in previous years. This report is based on the opinion and experiences of almost 20,000 developers. Here are just a few of