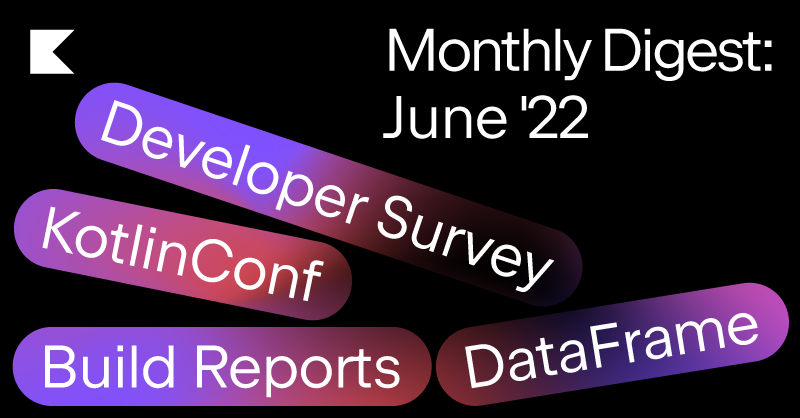 Check out this Kotlin Monthly Digest for June to get a glimpse of everything we’ve been working on!

It’s been an intense start to the year! Check out this Kotlin Monthly Digest for January to get a glimpse of everything we’ve been working on: The first preview of Kotlin 1.6.20 is out! Introducing Kotlin 1.6.20-M1! It brings the following changes:  Defining context-dependent declarations in Kotlin/JVM with prototype context receivers.Faster builds with parallel compilation of a single module in the JVM IR backend. Faster development with incremental compilation in Kotlin/JS IR. Easier code sharing with the hierarchical structure for multiplatform projects.Kotlin/Na 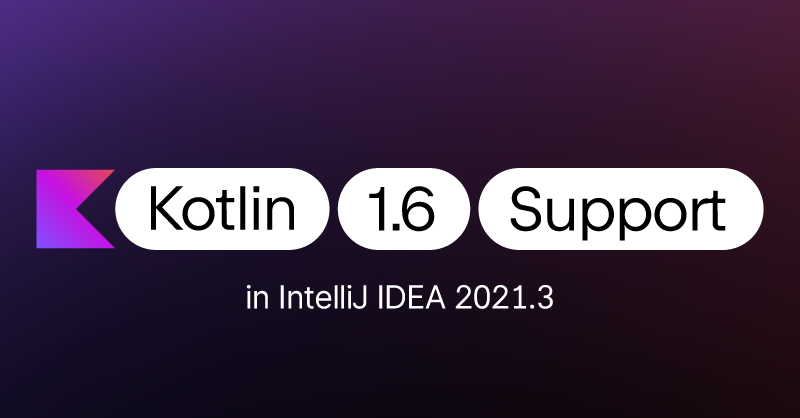 The two latest versions of IntelliJ IDEA (2021.2 and 2021.3) were released with a bundled Kotlin IDE Plugin based on the previous stable version of the Kotlin compiler. This situation caused a lot of confusion in the community. We would like to apologize for the current situation and answer all of your questions regarding Kotlin support in IntelliJ IDEA to help you plan Kotlin and IDE updates for your projects: When will it be possible to use Kotlin 1.6 in IntelliJ IDEA 2021.3?Will the next versions of IntelliJ IDEA be released with support for the latest stable Kotlin version?Why doesn’t t 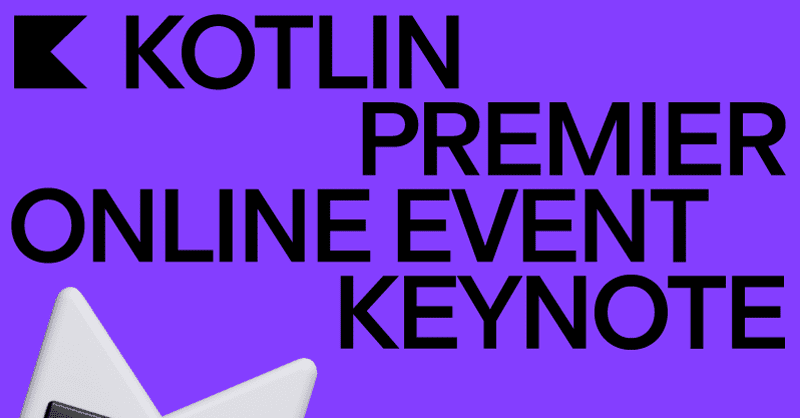 The Kotlin 2021 Premier Online Event has started! The next two weeks are going to be full of exciting content. We’ve prepared lots of updates from the Kotlin team, news on the Kotlin ecosystem, and an opportunity to get a glimpse into the future of Kotlin. All of this is in your favorite format – YouTube videos – so stay ahead of the curve from the comfort of your couch! Subscribe to Kotlin YouTube Enjoy the keynote with the main news   Here you can find updates and exciting news on the Kotlin ecosystem in the event keynote by Roman Elizarov, Ekaterina Petrova, Sebastian Aigner, 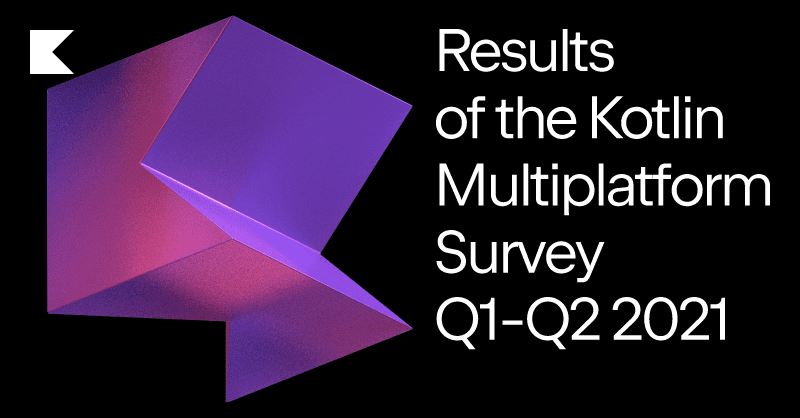 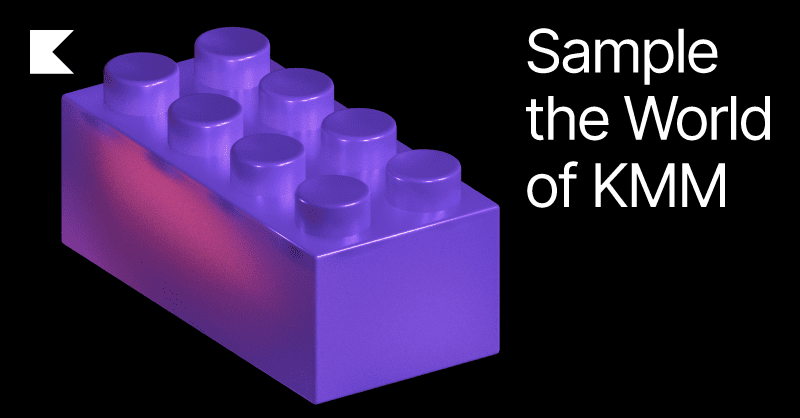 Enjoy the flexibility of Kotlin Multiplatform Mobile. Use it in your projects, share different parts of your apps, and integrate with different UI frameworks. 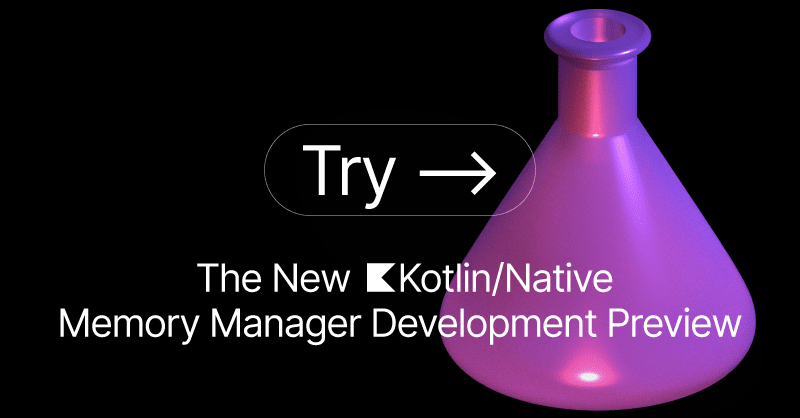 Today we are taking a huge step towards making the process of sharing code between mobile platforms with Kotlin Multiplatform Mobile more enjoyable. The development preview of the new memory management approach for Kotlin/Native is now ready for you to try out in your project! It moves us closer to eliminating the differences between the JVM and Native platforms, allowing you to focus on the business logic of your app when writing common concurrent Kotlin code. Read on for details: Why do we need a new memory manager?Benefits of the new approachHow to try the development previewNext step 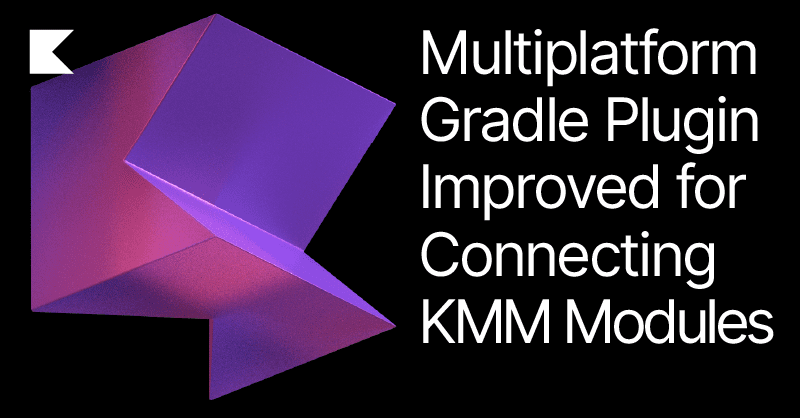 If you use Kotlin Multiplatform Mobile (KMM) for sharing code between iOS and Android, you will at some point have to decide how you will deliver the shared module to your platform projects. While Android integration is smooth out of the box, iOS integration can require some additional setup. In this post, you will learn how to use the latest Kotlin features to easily connect the KMM module to your iOS projects and simplify your project build configuration when the shared and iOS source code from your project are in the same location. Learn more about KMM (more…)