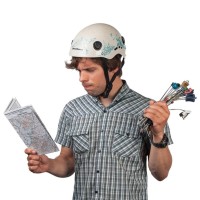 Hello guys, The new academic year has just started, and we've prepared a nice handy feature for you. How often do you or your colleagues make typos in VCS commit messages? Often? Rarely? Sometimes? With new RubyMine 2.5 EAP it is almost impossible because we included spellchecker with auto-correction quick fix directly in the commit dialog! Also we improved Bundler, RSpec 2.0 support and fixed lots of bugs. Full release notes are available here. Go and try New EAP and we are looking forward to hearing your feedback! Develop with pleasure! -JetBrains RubyMine Team

Many of you asked for RubyMine to support the latest RVM (Ruby Version Manager) gem and especially RVM gemset workflow. Doing this would have delayed RubyMine 2.0.2 but we still decided to add an initial support for RVM's nice features. Now RubyMine 2.0.2 RC3 is available and you are welcome to try our hot RVM support! I don’t like long tutorials and walkthroughs, so I’ve prepared a brief cookbook for you: Q: Which RVM version is supported? A: rvm >= 0.1.25 Q: How to configure RVM in RubyMine? A: No configuration is needed. Install rvm gem, rvm ruby interpreters, create rvm gemsets u

Since the Beta 2 release, we've kept working on improving RubyMine, and in particular fixing the performance problems reported by the users of the Beta 2 version. And although things didn't turn out as we had expected, and we have to postpone the final 2.0 release until the first half of November, the good news is that we're releasing a new Beta version today. As usual visit the RubyMine Beta page and download Beta 3 (build 90.143). In this build: Performance improvements, several deadlocks and hangs were fixed Spell checker got improved UI and ability to attach custom dictionaries Railsc

BDD with RSpec in RubyMine

We, at JetBrains in general, and in RubyMine team in particular, pay big attention to unit testing of our code. And as first users of our own products we try to make unit testing tightly integrated with the major development tasks adding features for easy test-code navigation, tests execution, etc. Ruby and Rails developers have a great RSpec framework for doing behavior-driven development. We provide a good level of integration with RSpec in RubyMine for Ruby and for Rails projects. And the support for the latest RSpec 1.2 release is already available. We captured a short screencast (5