A few days ago Dr. Dobb’s named the winner in its Jolt awards: Coding tools. This award recognizes innovative tools and IDEs over the past year that have helped developers the most in actually creating code.

You can imagine how happy and excited we were when the Jolt award for Coding Tools 2013 went to JetBrains IntelliJ IDEA 12 Ultimate!

“The 12.0 release of IntelliJ shows that the pace of innovation continues unabated. This release adds an Android UI designer, faster compiler, support for the Play Framework 2.0, support for announced Java 8 features (including code assistance for lambda expressions, method references, and default methods). It also adds many new features to its Groovy capabilities, including enhanced support for Cucumber testing.“

We are so thankful to the jury and of course our customers for your support and appreciation! 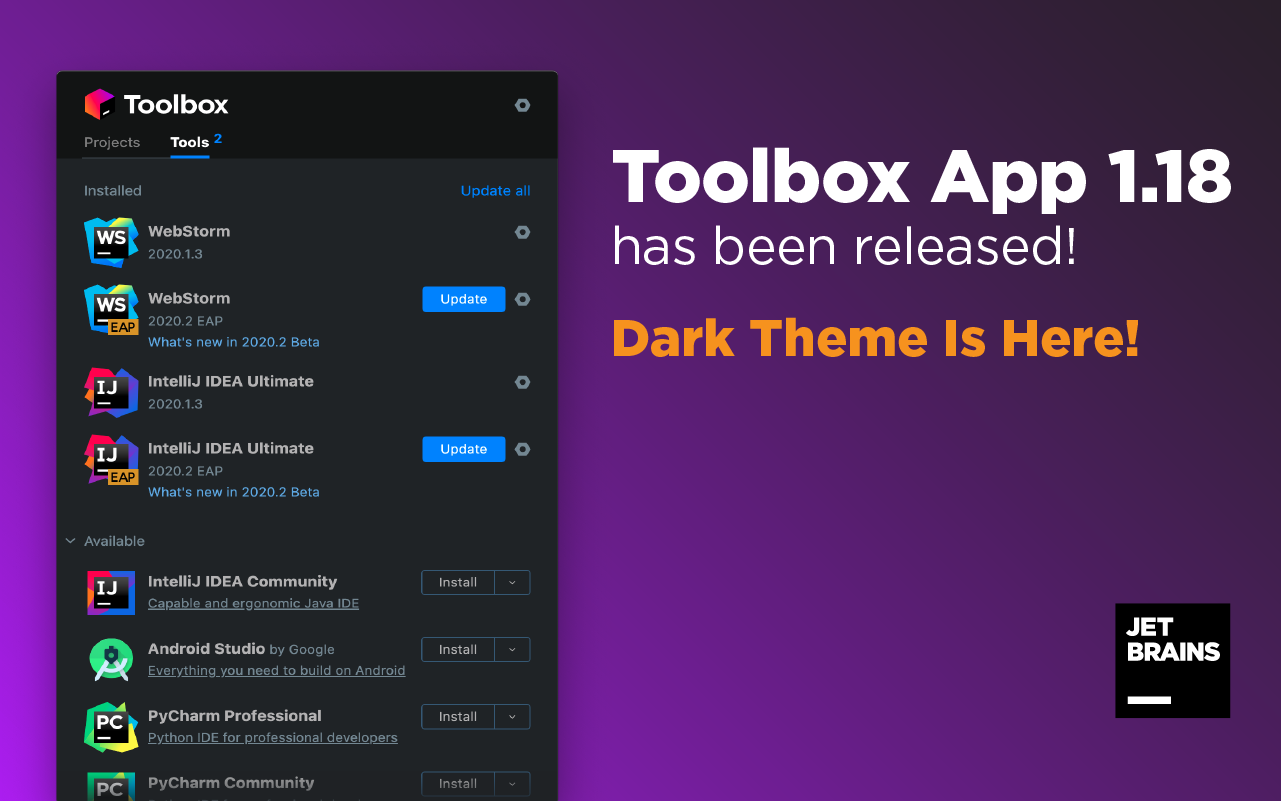 It’s been a while since you made this wish, and now we’ve finally made it come true! We are happy to introduce the frequently requested feature – the Dark Theme. :tada: Don’t have the Toolbox App yet? Click the link below to download the free Toolbox App and start working with the theme you like the most. Download now You shouldn’t wait any longer to see it in action. Just update your Toolbox App to version 1.18, if you haven’t set the Toolbox App to update automatically and select the Dark Theme in the “Appearance & Behavior” section of the Toolbox App Settings. (more…)
Posted on September 1, 2020 by Marina Kovaleva 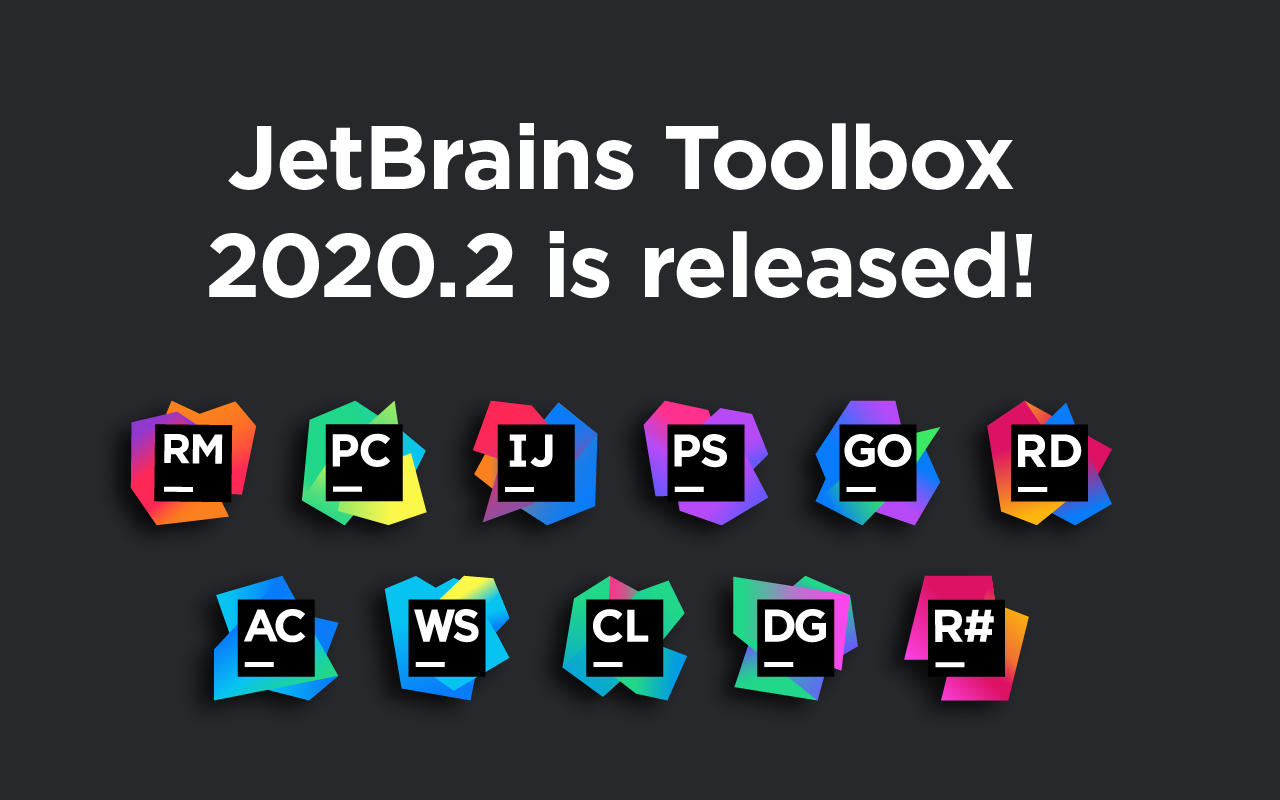 All tools in the JetBrains Toolbox and included in the All Products Pack subscription have been updated to their new 2020.2 versions. Below you can read about what the updates bring to particular tools you use from the toolset, and you can update to the newest version via the Toolbox App or from the tool itself. IntelliJ IDEA 2020.2 lets you review and merge GitHub pull requests right from inside the IDE, quickly navigate between warnings and errors in a file through the new Inspections Widget, view the full list of issues in a current file with the Problems tool window, and get notified if yo
Posted on August 20, 2020 by Marina Kovaleva