Catch up with the JetBrains team March 20th -23rd at Codemotion Rome, Italy.

In 2013 Codemotion events will be hosted in three different countries: Italy in March, Germany in May, and Spain in October. Codemotion Rome is in its third year and seventh overall of the event. After four years of Javaday in Rome, the event opened its arms to all languages and technologies bringing us to the successful and internationally expanding event that we know today. Codemotion Rome 2012 saw 3,700 visitors enjoy 88 talks and 3 labs that included one for children.

JetBrains will have a booth at Codemotion Rome and our team sincerely hopes that you stop by to share your thoughts on our products and take the opportunity to learn what’s coming down the pipeline. Team members Maria Khalusova, Matt Ellis and Dino Esposito will be happy to answer your questions and provide you with some pointers.

Be sure not to miss our session with Dino: 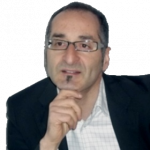 Writing native Android applications is easier than many .NET developers may first think. Armed with only basic OOP skills and IntelliJ IDEA, in this session we’ll build a truly native application in 40 minutes with event handling, a nice UI and access to sensors.

To learn more about Codemotion Rome 2013, please visit the official website at http://rome.codemotionworld.com/.