In this webinar, Matt Ellis (JetBrains) hosts Pablo Santos (SemanticMerge) who runs through a number of refactoring examples, from the seemingly trivial (yet essential) to complex structure modification scenarios, and demonstrates how to refactor with ReSharper and later get it merged with Semantic.

Pablo’s slides are available on SlideShare.

Pablo talks about the challenges of merging complex refactorings and demonstrates how SemanticMerge simplifies it, parsing the code into a syntax tree then reasoning about it as code rather than text (or text with heuristics), and merges accordingly. 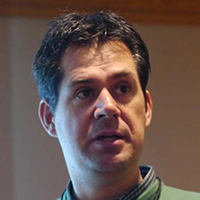 Pablo Santos is the founder at Codice Software, the company behind Plastic SCM and SemanticMerge. Codice started in 2005 and since then Pablo played different roles ranging from core engineering to marketing, business development, advertising and sales operations. Nowadays he plays a dual role as lead of software engineering and product manager for both Semantic and Plastic.

Keep up with ReSharper news on our .NET Tools Blog and on Twitter @ReSharper.

You can meet the JetBrains team at many tech events all over the world. But today we're offering something special – the chance to meet the Kotlin team from the comfort of your own home with KotlinConf 2018 Live. We are happy to invite you to our online event. Join the live stream on October 4-5. Learn about the new things coming in Kotlin from the Keynote by Andrey Breslav, and ask your questio

2016 was an important year for us as a company. The important changes we had introduced in 2015 made for a lot of work to do and kinks to iron out. The two biggest ones included the introduction of the JetBrains Toolbox subscription model, and new company branding. tl;dr — we made it! For more insights into the various JetBrains events and accomplishments in 2016, check out this 2016 Report.