The Developer Ecosystem 2018: What is driving the programming world

– The top 3 primary programming languages are Java, JavaScript, and Python.

– One out of five Kotlin developers works in a company of more than 5,000 employees.

– Programmers are moving away from self-hosted and on-premises solutions and embracing major cloud providers.

– Developers are sleeping more hours a day, on average, compared with 2017.

We at JetBrains have revealed these and dozens of other significant facts about developers and technologies after running our annual Developer Ecosystem survey.

To identify what is driving the world of code in 2018, and how these trends compare with 2017, we’ve collected and analyzed the opinions of more than 6,000 developers from 17 countries.

Same as last year, we are now sharing the most interesting findings and insights of 2018. We also applied the same Methodology as we did last year, to make it possible to compare the current results with the Developer Ecosystem 2017. 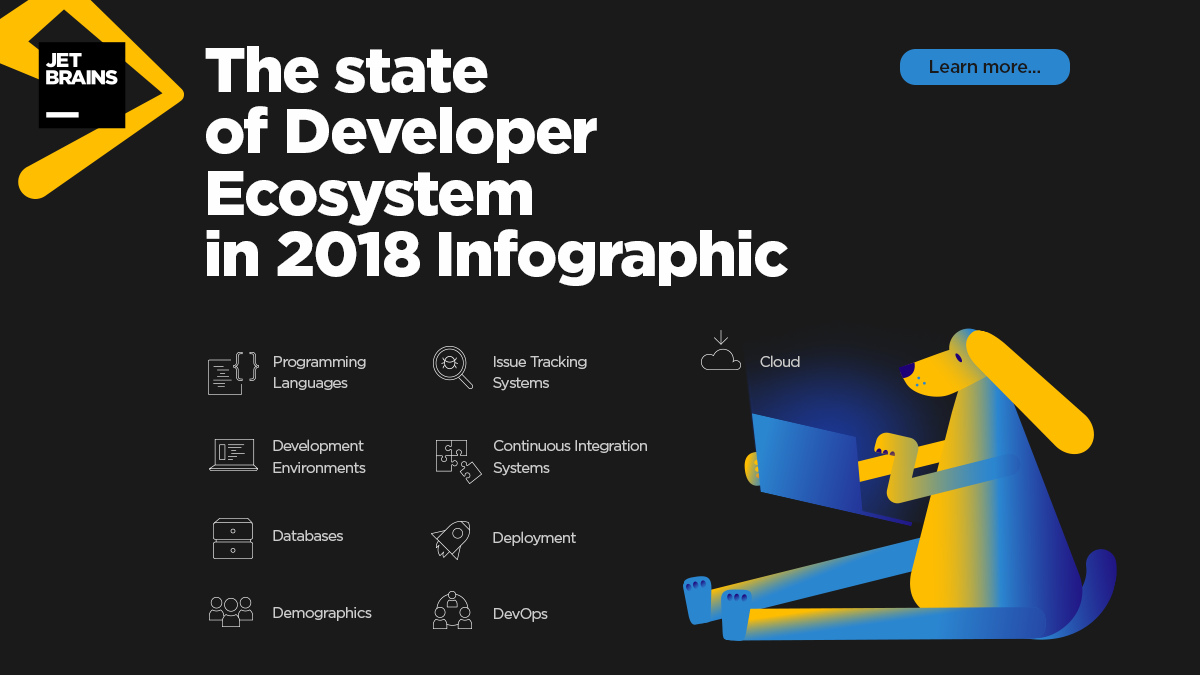 The study consisted of 150+ questions, though not all were included in the report. The full results will be shared later when we publish the anonymized raw data. Stay tuned!

Of course, we’ll continue tracking the development trends and will run our Developer Ecosystem survey again in 2019. If you want to be a part of it, join our Survey Panel!