A Work of Desktop Art

Update: Read the update from 2020 about our next iteration of code generated art: the new version of the graphics generator using a neural network to create both animated and static graphics.

There is a certain intangible beauty and satisfaction to be gained when the worlds of art and science come together to create a cataclysm of functional form with a mastery of technical skills.

For many developers, coding is a form of creation and the code is their art.
Our code-generated art is a testament to this. 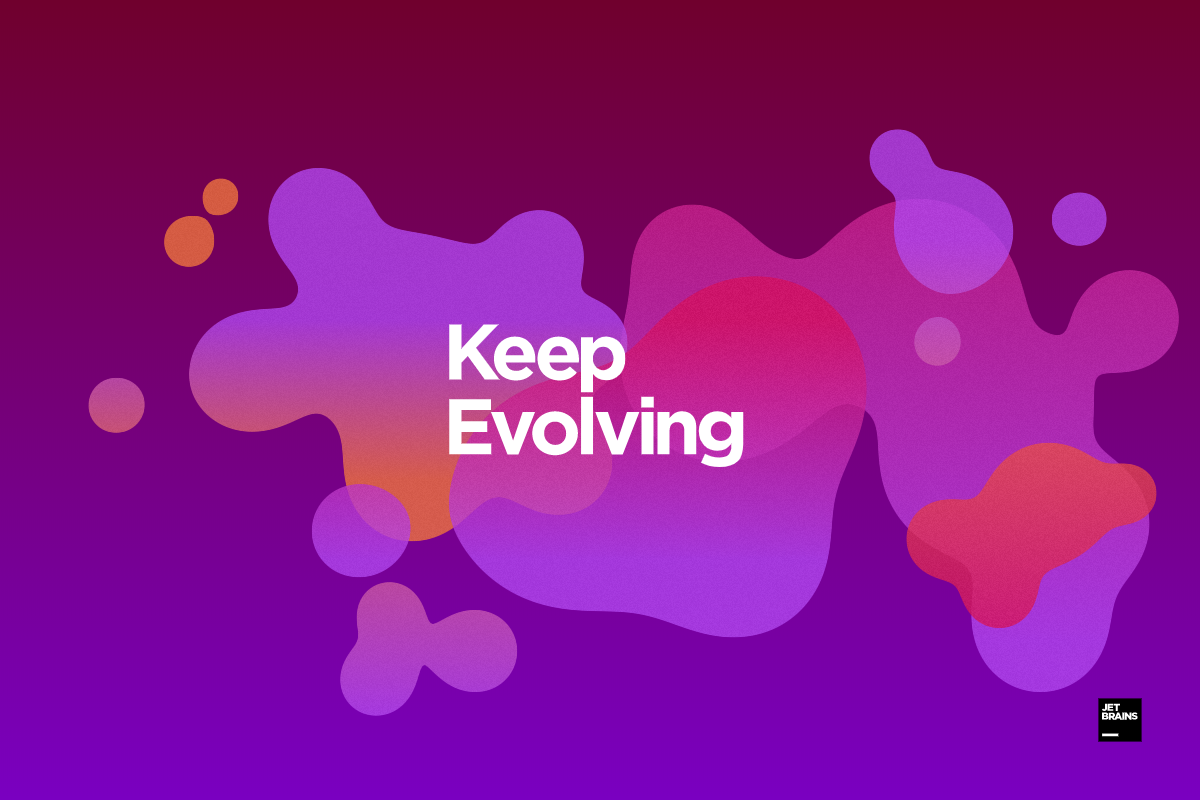 We’ve continually been developing the generator to make art from code, which we use internally to combine these two worlds and create beauty by striking the perfect balance between the experimentation of art and the cognizance of science. This may not be news to you. After all, we’ve covered the improvements we have been making to this generator over the years, from its first inception in 2017 to the later developments brought out in 2018.

Now by the end of 2019, we are continuing to expand on the unlimited potential of the technology.

We are using our code-generated art to create original artwork for all our splash screens, banners, and release graphics. Each product will have its own unique design to bring pleasing aesthetics to your desktop.

This version of the graphics generator creates both animated and static graphics based on the computational model of metaballs, which predict how drops of fluid (or elastic spheres) would interfere with each other in a vacuum.

The beautiful premade JetBrains screensavers and desktop wallpapers now have a new home on our website. You can get to them easily on the Desktop Art page of the JetBrains website.

If you are after something a little more unique, our generator can produce art that is absolutely exclusive to you. Create a wallpaper that expresses your individuality, for a desktop that is truly yours. Simply visit the Desktop Art page on our website or go to code2art.jetbrains.com directly.

Here are just some examples of what you can create with the help of our generator. 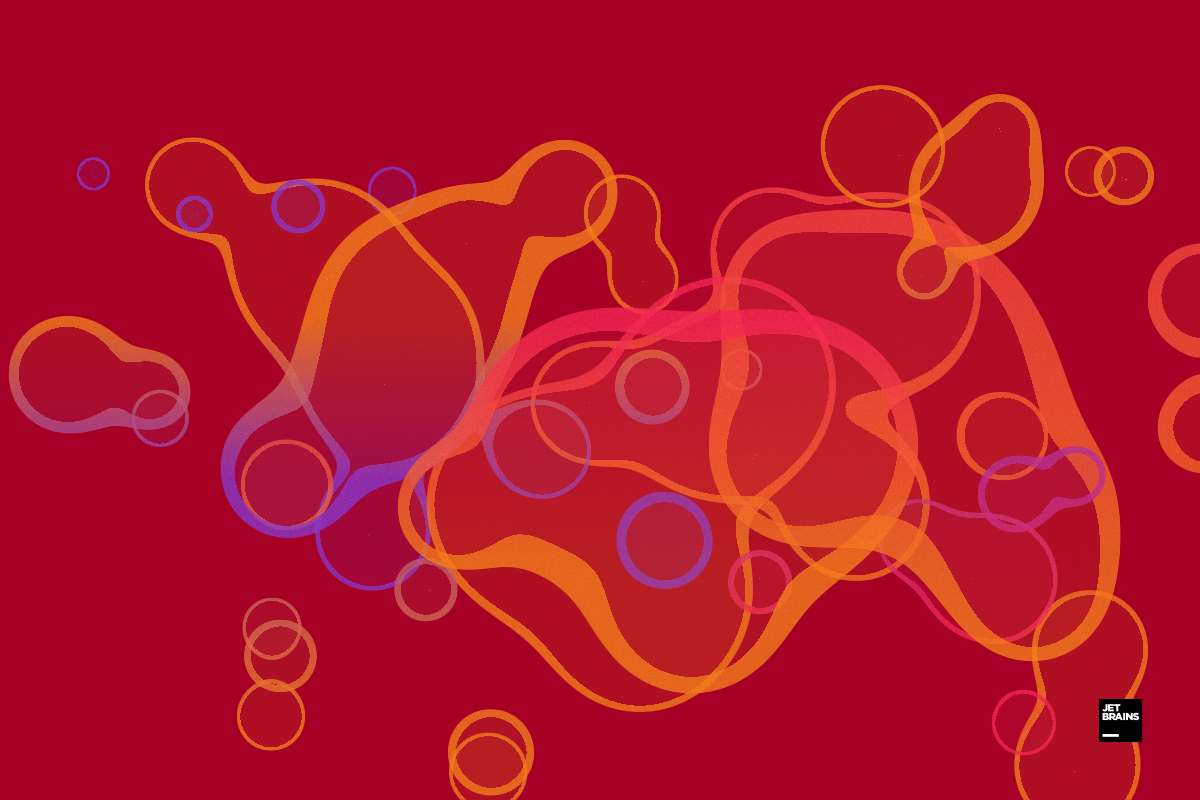 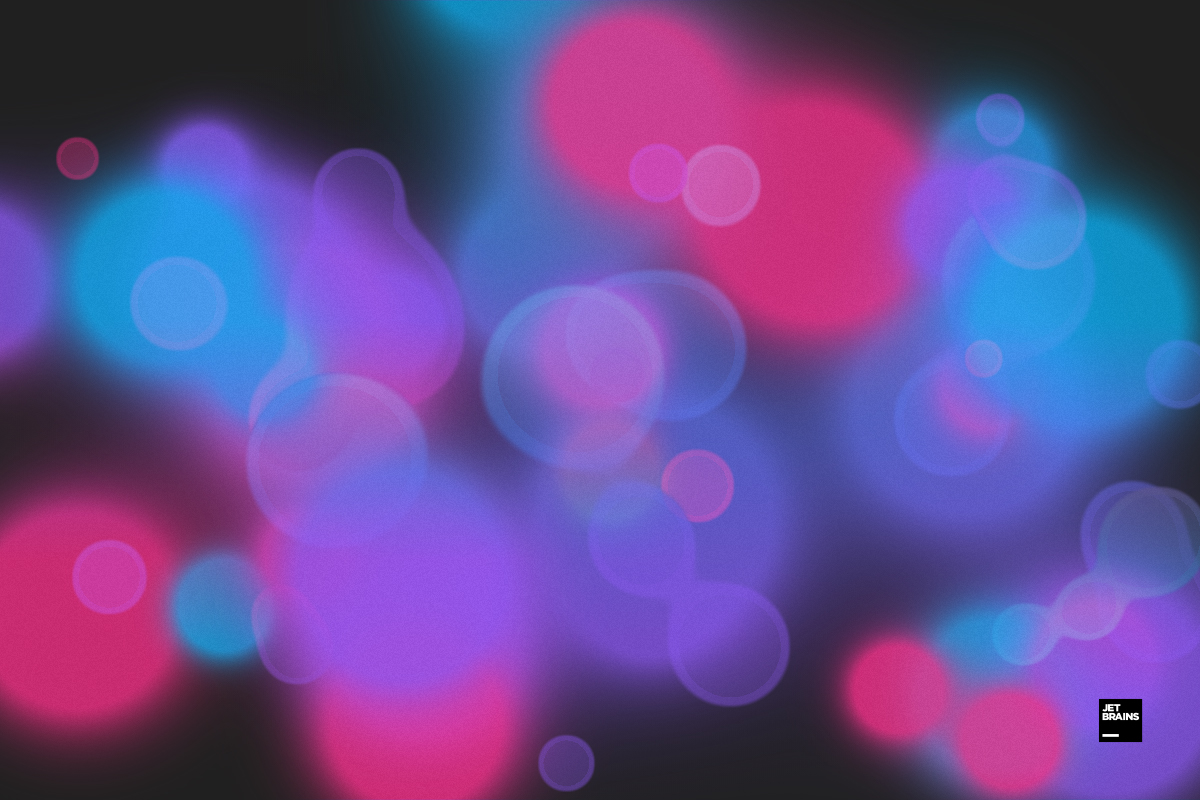 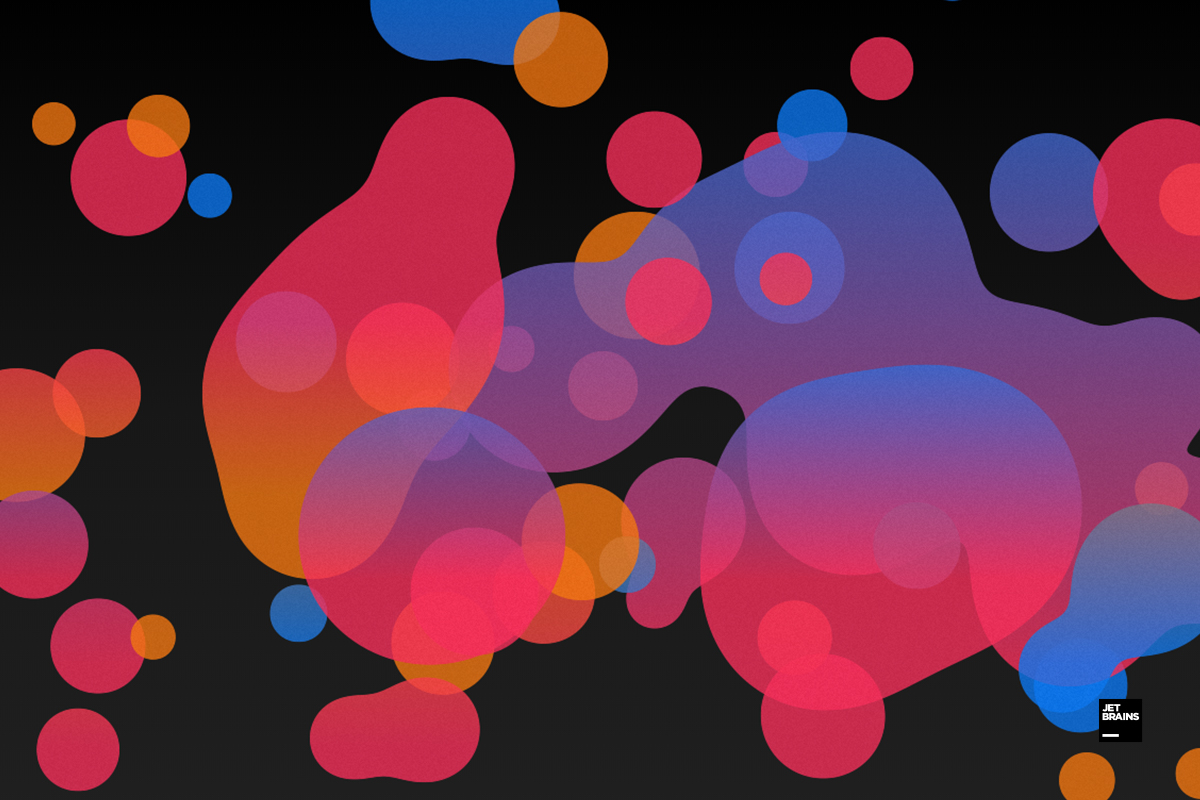 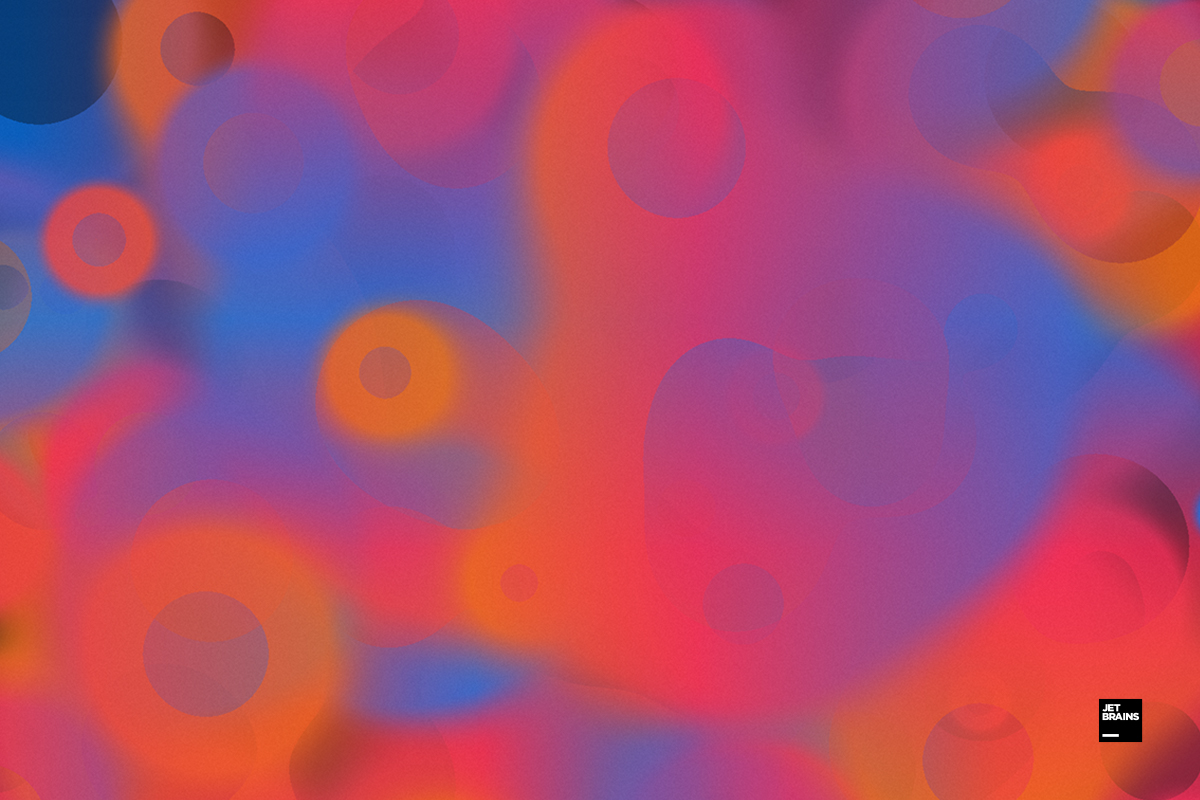 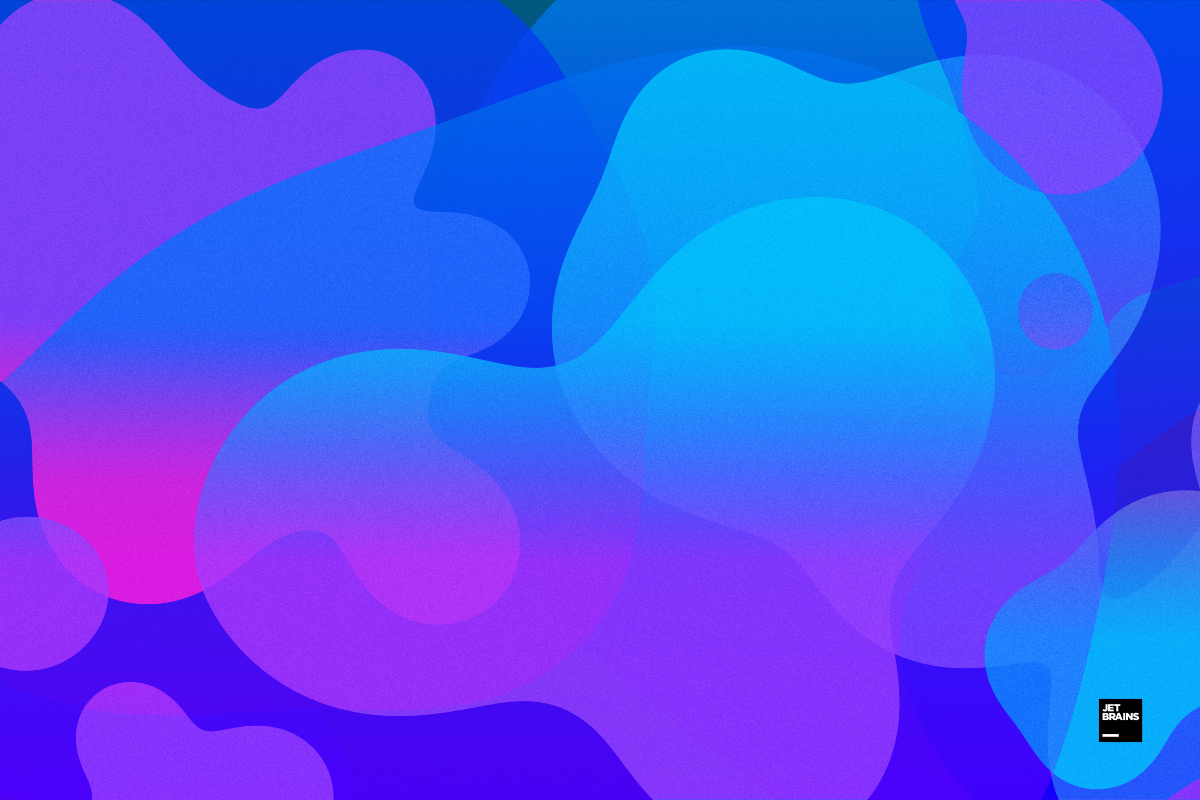 Not only can you use the wallpapers and screensavers you love the most for your desktop, but they can also become a custom background for your JetBrains IDE. Check out this guide for step-by-step instructions.

We continued developing the generator in the Elm language, and the animation is powered by the Elm-WebGL library.

Thanks to its strict typing and functional approach, we completely rebuilt the structure of the project just in a few weeks. Now the layers are truly modular, and you can toggle them on and off to compose visual effects to your liking. You can use any graphic source as a layer: 2D canvas animation, WebGL with shaders, just some HTML or SVG (also animated), and so on. A layer can even be written in JavaScript and included in the system.

It is done using Elm Architecture that is similar to one that is used for nested components. Each layer has its Model/Update/View cycle, is in charge of importing and exporting itself, and can also receive global events, such as "I feel lucky". In the case of the "I feel lucky" event, the layer itself generates a random version of its model.

From a technical standpoint, Elm is a great choice for generating the graphics:

There are some downsides of writing in Elm for us too, however:

Ongoing changes are always being added to the platform. The application source code, as always, is available on GitHub under the Creative Commons license.

Enjoy playing with the generator and don’t forget to share your results with others on social media and tag JetBrains. We would love to see your art!