We hope you had a chance to try our previous EAP build with lots of changes in CMake workflow and improved overload resolution support. Today we are rolling out another EAP build, 163.7342.13. As usual, a patch update will be rolled out shortly for those using the previous EAP (163.6957.27).

The most valuable improvements include:

In CLion 2016.2 remote GDB debug was implemented for Linux and macOS platforms. With this build it comes to Windows! The following cases are supported:

Start your application under gdbserver on remote host, connect there in CLion on Windows and use all the features of CLion’s built-in debugger.

Cross-platform debug (i.e. targets on Linux) requires GDB for Linux to be used from CLion on Windows. The easiest way for it is to build it on Linux with cross-compilation settings. Get the binutils-gdb sources on Linux from the Git repository, switch branch to gdb-7.11.1-release and build like this (here the in-source build is used):

Copy the debugger (build-mingw-w64-x86_64/usr/bin/x86_64-linux-gnu-gdb.exe) to your Windows machine and select in the remote GDB configuration in CLion.

First 2016.3 EAP introduced user-defined literals support in CLion. With this EAP you are now able to use Rename refactoring on such literals:

Besides, Find Usages works now for overloaded operators (except for new and delete), like for example in this case: 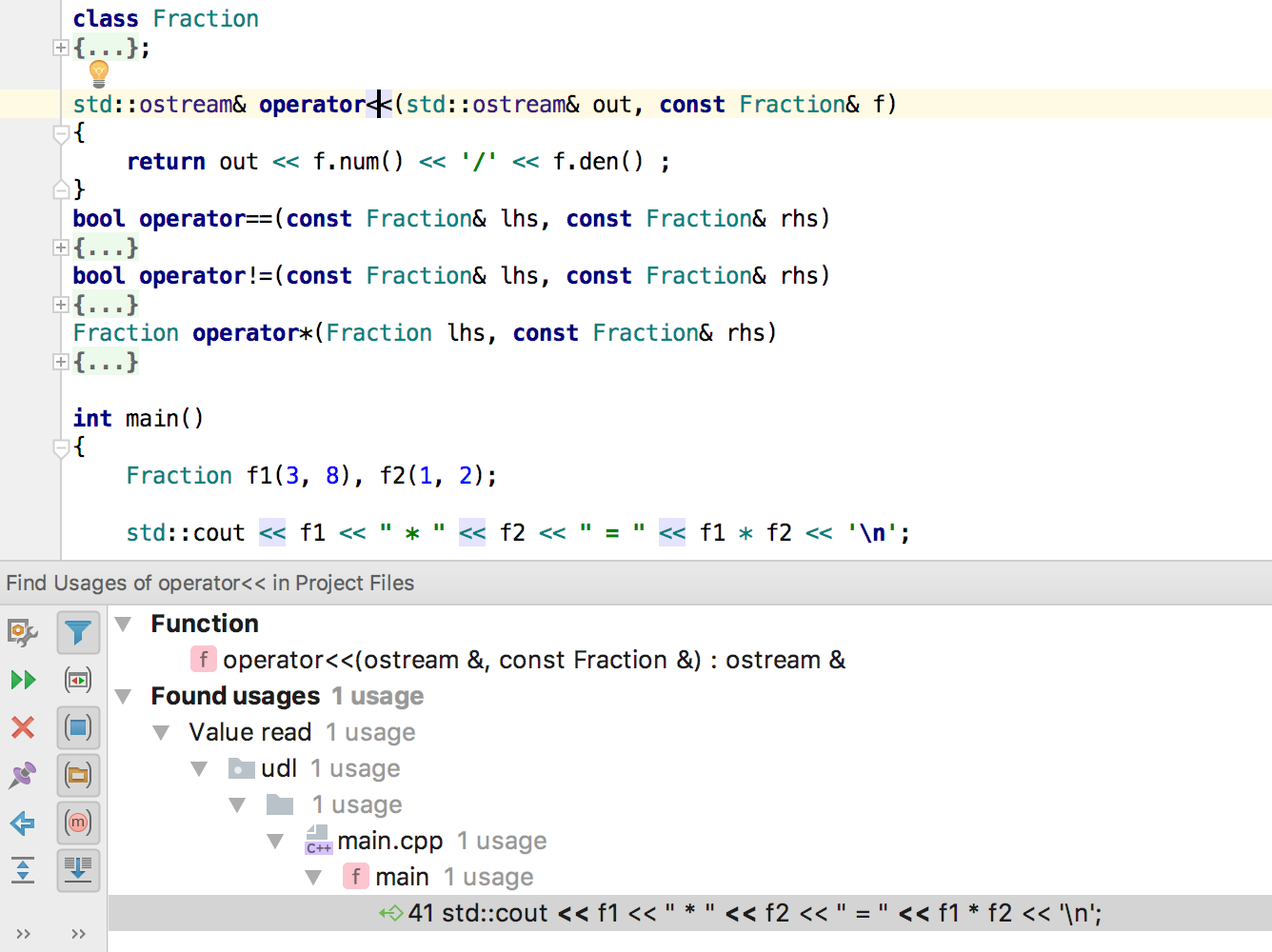 We continue our work on cleaning up the false-positive code analysis along with incorrect quick-fixes in CLion. This EAP build includes another set of fixes. The most important one relates to simplify quick-fix, that previously produced incorrect code for overloaded operators (CPP-2100).

Other fixes cover incorrect Reference may be null case (when one-element initializer list is used) and bogus loop variable is not updated inside the loop warnings.

CMake project reload can be time-consuming, that’s why we’ve worked on the conditions in which the reload happens to be sure it’s not called when not necessary. Now CLion doesn’t reload project on opening, if nothing changed. Changes that do lead to reload are environment changes, CMake project settings changes and dependent files changes.