CLion’s approach to CMake has changed in v2016.3. CLion stopped building all 4 CMake configurations by default, letting you select which ones you need. While this reduces memory usage, as well as the time required for CMake reload, there was some inconvenience that our users reported in blog post comments, the tracker and other social channels.

After considering all the use cases carefully, we’ve come up with a UI that allows you to create additional CMake configurations (as many as you need): 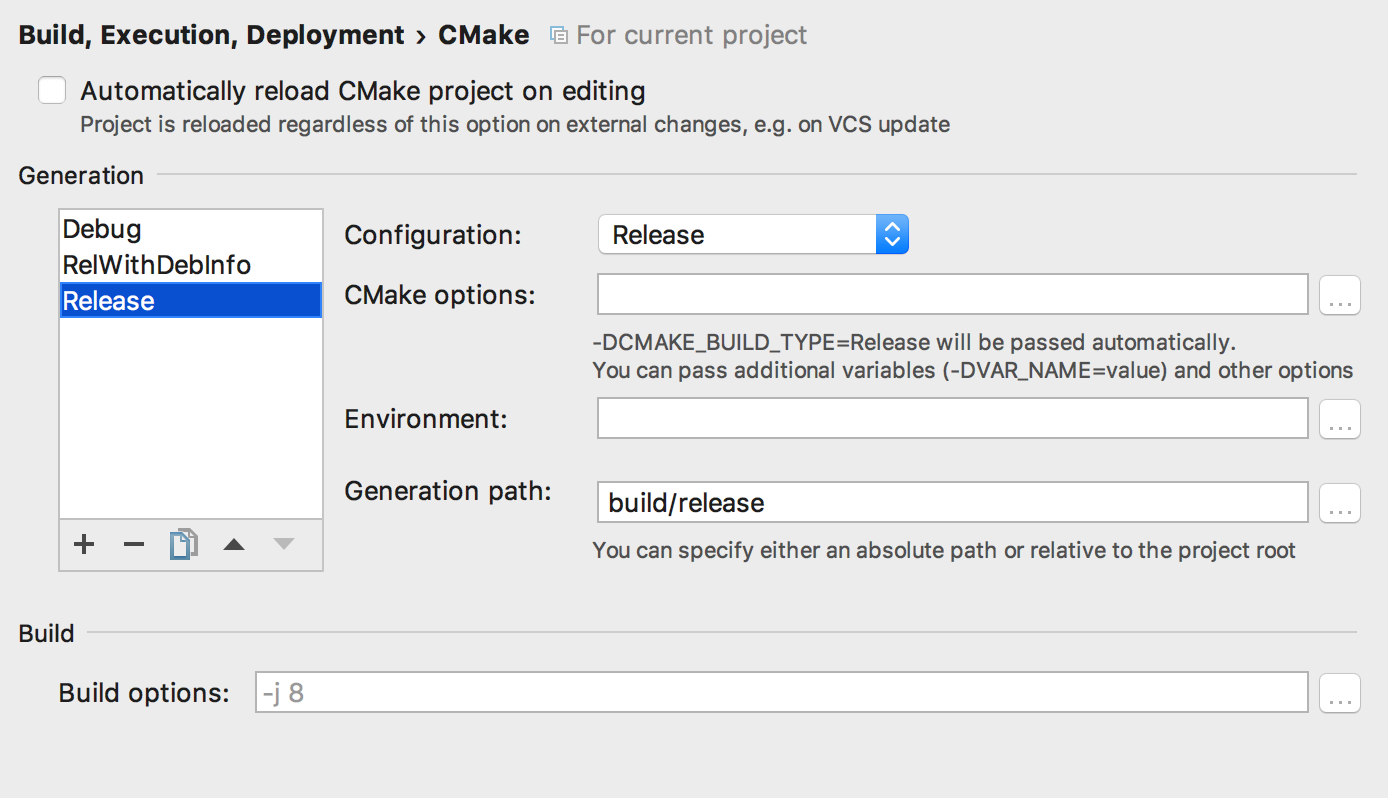 Go to Settings/Preferences | Build, Execution, Deployment | CMake and create any number of CMake configurations from scratch, or copy existing ones (with all the settings pre-filled). When done, additional resolve context will be available in the bottom right-hand switcher in the editor: 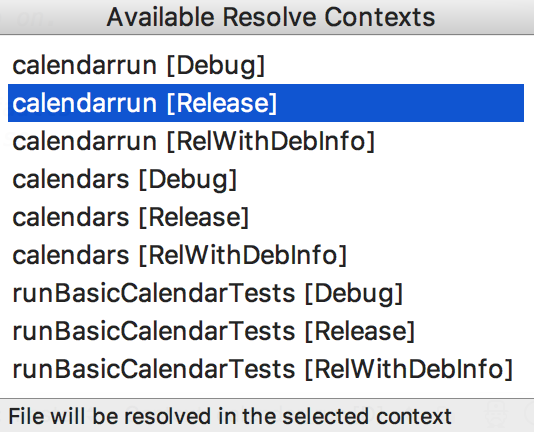 By the way, in case you have custom configurations created by the setting CMAKE_CONFIGURATION_TYPES, they will appear in the settings’ drop-down as well. 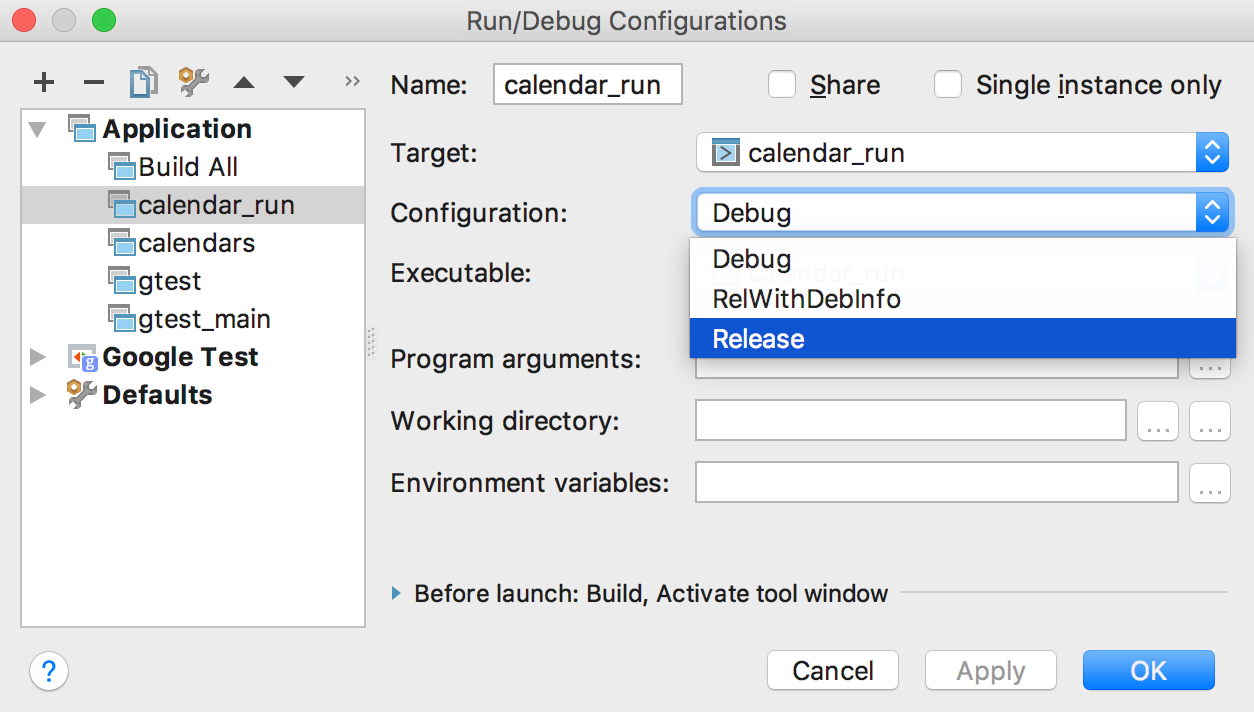 CLion 2016.3 allows changing the CMake generation folder path. Among other benefits, it brings the ability to generate in-source. However, this folder was not excluded from the project in CLion, which would cause usability issues. Now in the CLion 2016.3.2 EAP build, the directories are excluded, which means that:

CMake output console has been updated to support error highlighting, links to corresponding CMake files, and navigation to next/prev errors:

Besides, CMake 3.6.3 was bundled into this EAP build.

If you plan to start a project from scratch, we’ve got good news for you! Project templates finally have made their way to CLion. There are several options available in the dialog: 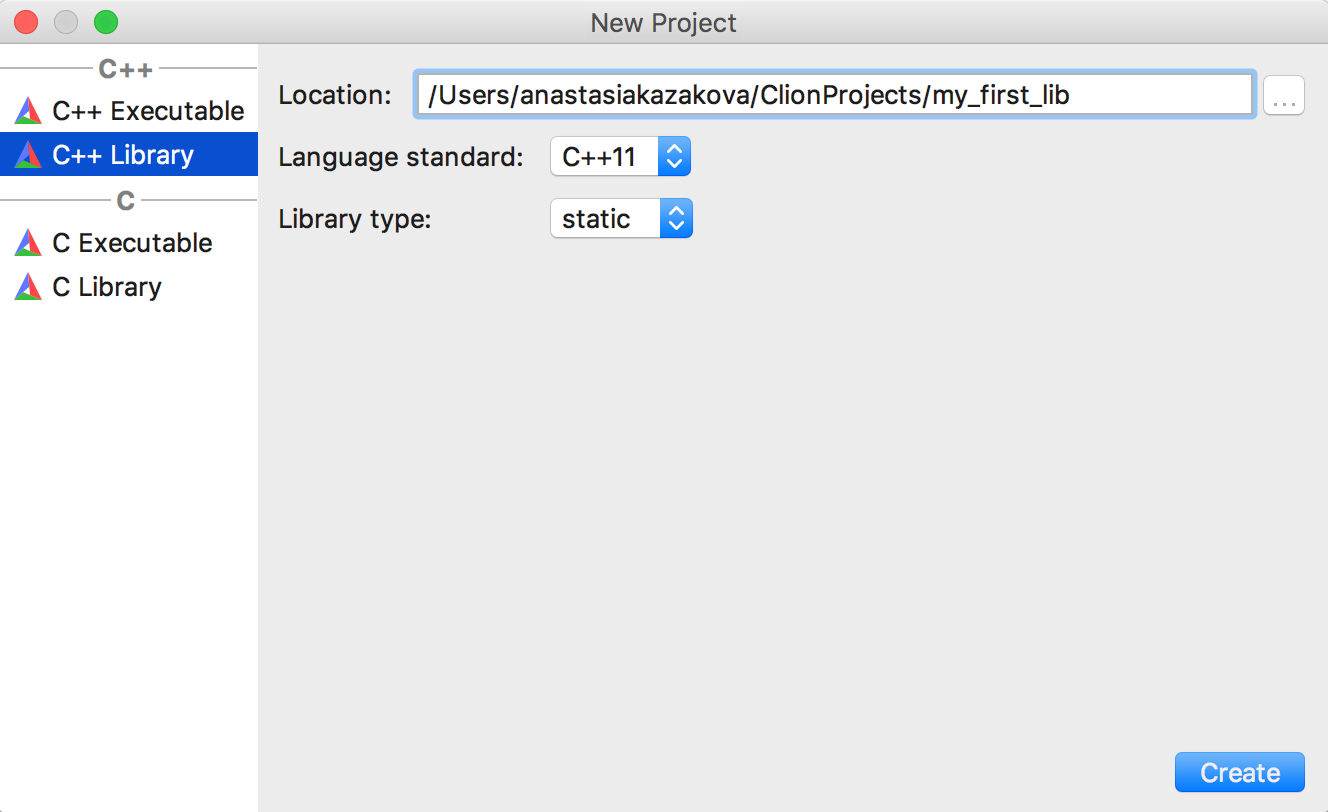 After you click Create, CLion will generate the sample project for you and pre-fill root CMakeLists.txt with the necessary information:

Project templates for Swift will also join a bit later (CPP-6155), as will compiler and additional libraries settings in the dialog (CPP-7919). Feel free to share your ideas in the corresponding tickets.

This build fixes the problem with correct recognition of <cstdlib> (in case of GCC6) (CPP-7573). This work also covers most of the issues with #include_next (CPP-3821), and thus we are glad to announce that GCC6 can now be successfully used in CLion. If you still experience any issues, please, let us know.