Posted on January 25, 2017 by Anastasia Kazakova 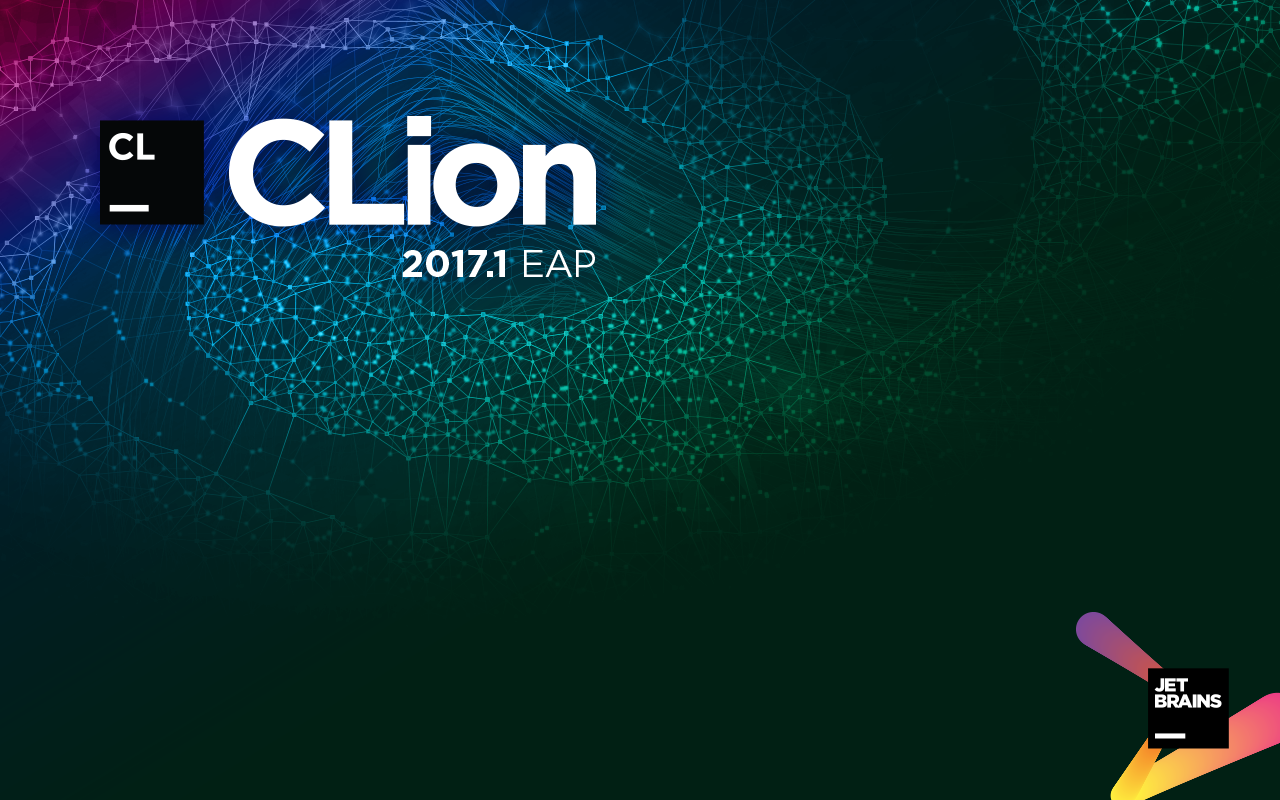 You can install it side by side with your current stable CLion version, no active subscription required.

Upd2. Precompile headers and -include support is added to CLion 2017.1 EAP.

Using auto type for variable declarations is a powerful feature of modern C++ that makes the code less verbose and thus more readable. It also obliges you to initialize the variable. Herb Sutter once wrote an interesting article in his blog on AAA (Almost Always Auto) style, where he tried to analyze when the use of auto is justified and when it’s not. As we do support many ideas shared there and we’d like to help CLion users to modernize their C++ code, we’ve introduced this new intention action which converts variable type to auto:

While this is still a work in progress, we will also consider the opposite action – replacing auto with an appropriate variable type (CPP-8555). 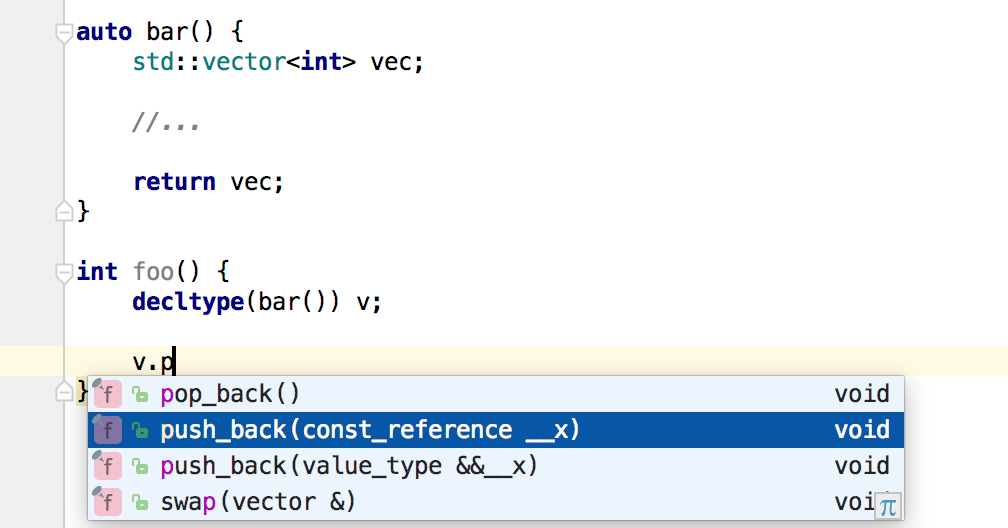 Quick Documentation pop-up (Ctrl+Q on Linux/Windows, F1 on macOS) combines lots of information about the code entity under the caret. For macros, it shows information about macro replacement, as well as macro substitution. For variables, it includes type information, even providing you with an inferred type for variables declared as auto. It shows signatures for functions, along with links to the referenced types, and much more, even including Doxygen-styled documentation preview and code comments.

In this build we’ve worked on polishing the Quick Documentation pop-up:

Project model is becoming more user-friendly with a couple of useful fixes:

An updated VCS Log Viewer provides you with a few new options to tune search over commit messages there:

While you type in the editor, the IDE is always doing lots of things in the background to provide you smart features on the fly, like completion, code analysis, formatting, etc. Wouldn’t it be great if typing performance weren’t visually affected by this fact? Ideally it should be comparable to that provided by a simple, code-agnostic text editor.

Some time ago Pavel Fatin, a developer at JetBrains, researched editor latency. Based on his findings, he implemented an experimental feature for IntelliJ IDEA (and the whole IntelliJ Platform) called zero latency typing. In a nutshell, his solution reduces the number of editor repaintings and performs them in a smarter way. The results are impressive: 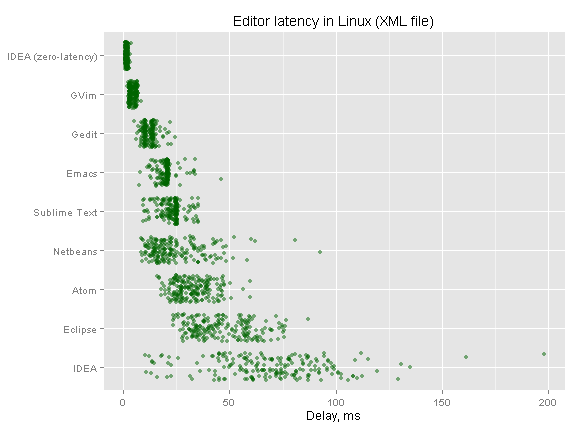 So today, after almost 6 months of extensive testing, we are enabling zero latency typing as the default setting in all IntelliJ-based IDEs, including CLion.

If you’re more used to Dvorak layout in macOS than QWERTY, you’ll be glad to know that keyboards shortcuts like ⌘/, ⇧⌘], ⇧⌘[, ⌘+ and others are now working properly with it (JRE-172).

Besides, this EAP addresses an issue with Korean, Chinese and Japanese keyboard layouts on macOS.

Code analysis fixes and other improvements

There are more bug fixes and enhancements introduced in this EAP build:

We are glad to announce that SourceKit inspections and intentions are now available in the Swift plugin for CLion both on macOS and Linux:

Note that since the full support for reading Swift modules on Linux is not available yet, there could be issues with SourceKit integration in projects with complex dependencies. If you experience such problems, please report them in a sub ticket here.

Besides, we’ve added a New Project template for Swift, that allows you creating a new Swift project with ease (minimal working context is created automatically by CLion).

NB: We are very much looking forward to your feedback in order to help us create a tool that you will enjoy using on everyday basis. So if you do use CLion as a Swift IDE on Linux, let us know about your use case, your needs and your experience with CLion. 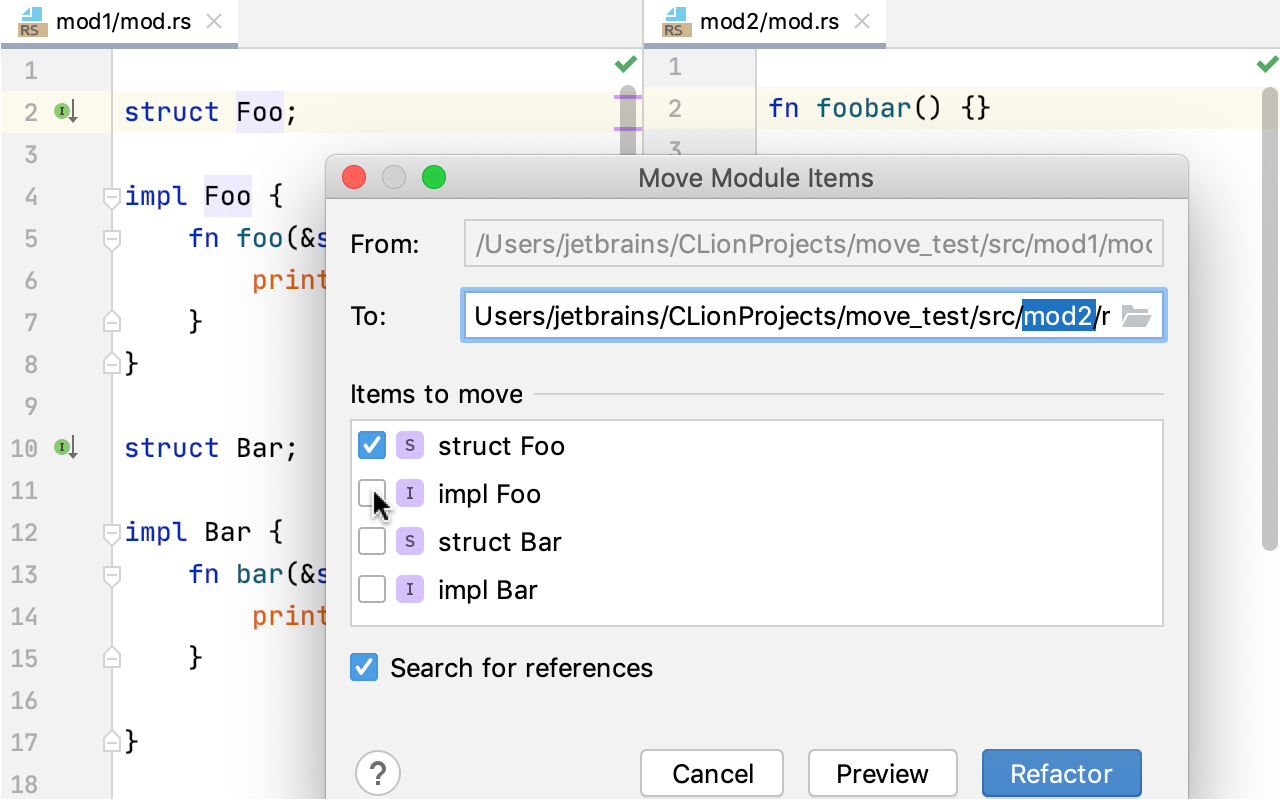