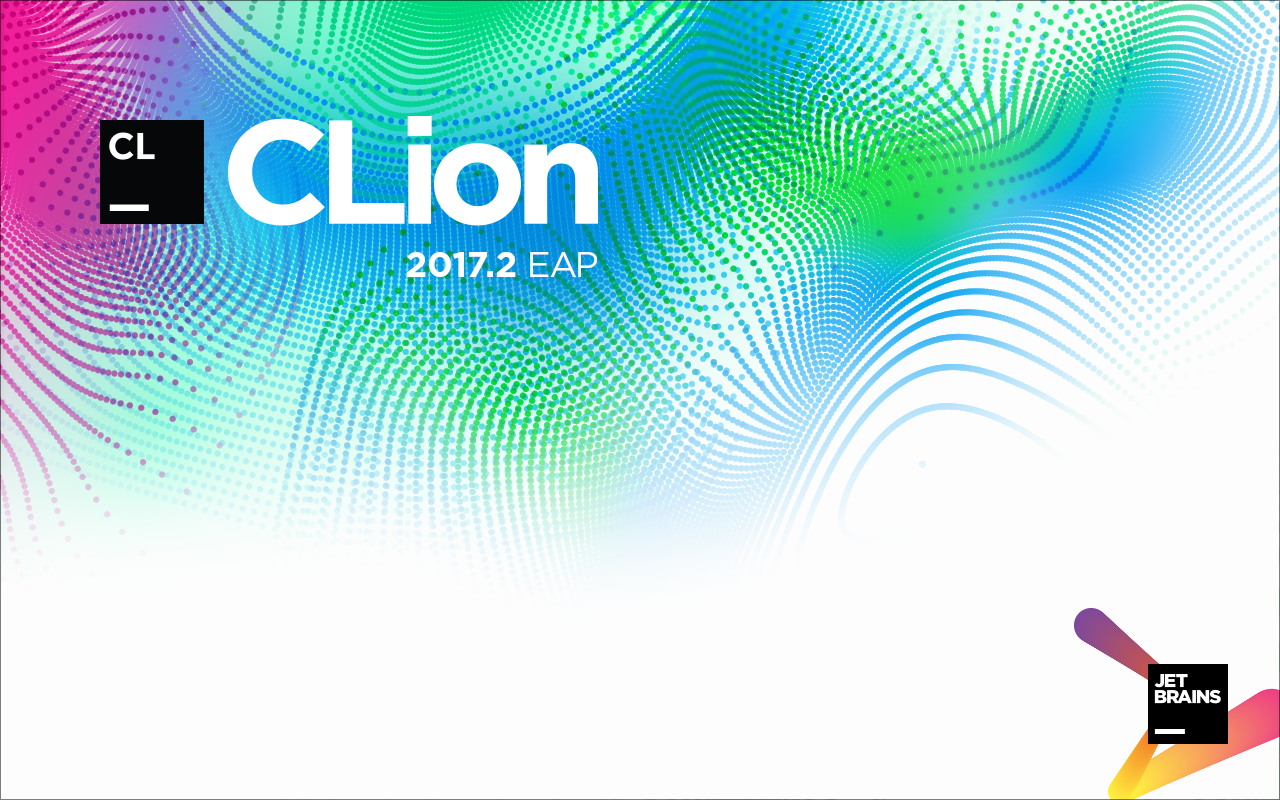 Great news – CLion 2017.2 EAP starts now!
We had a lot of work planned for this iteration, and especially one thing that was nearly ready for 2017.1 but got postponed in the end as it required more thoughtful development and testing. Today as a part of the 2017.2 EAP (build 172.1572.3), we give you Clang-Tidy integration!

As usual, you can install it side by side with your current stable CLion version, with no active subscription required.

Please note that EAP builds have been moved to the site for easier search. The confluence page is now obsolete.

As you may know, CLion has its own code analysis tool on board. It runs on the fly, showing warnings as you type and suggesting quick-fixes for detected issues. Built-in code inspections provide checks for unused code, the order of declarations, incompatible types, redundant casts, and many other issues. So why do we need Clang-Tidy? Here are some important reasons:

Clang-Tidy is now seamlessly integrated into CLion, meaning it simply works as you type in the CLion editor. Clang-Tidy warnings are shown the same way as CLion’s own built-in code inspections. Similarly you can use Alt+Enter to apply Clang-Tidy quick-fixes where available:

CLion uses its own Clang-Tidy fork, which we are going to make public later. We’ve improved the output format and implemented support for response files passed through the command line. These changes are subject to backporting to Clang-Tidy master (the patches will be prepared soon). When either of the above is done, users will be able to create their own custom Clang-Tidy-based checks in CLion.

Clang-Tidy integration works on all platforms including Linux, Windows and macOS. As for compilers, currently it works for GCC and Clang; MSVC, which is supported in experimental mode for now, has not yet been tested with Clang-Tidy.

Clang-Tidy checks are enabled by default in this EAP build, and are shown as warnings in the editor. Not all the checks are enabled, however; find the default configuration description here. You can customize them in Settings/Preferences | Editor | Inspections | C/C++ | General | Clang-Tidy:

For example, let’s run only C++ Core Guidelines checks on the project. Pass the following line in the settings: -*,cppcoreguidelines-*: 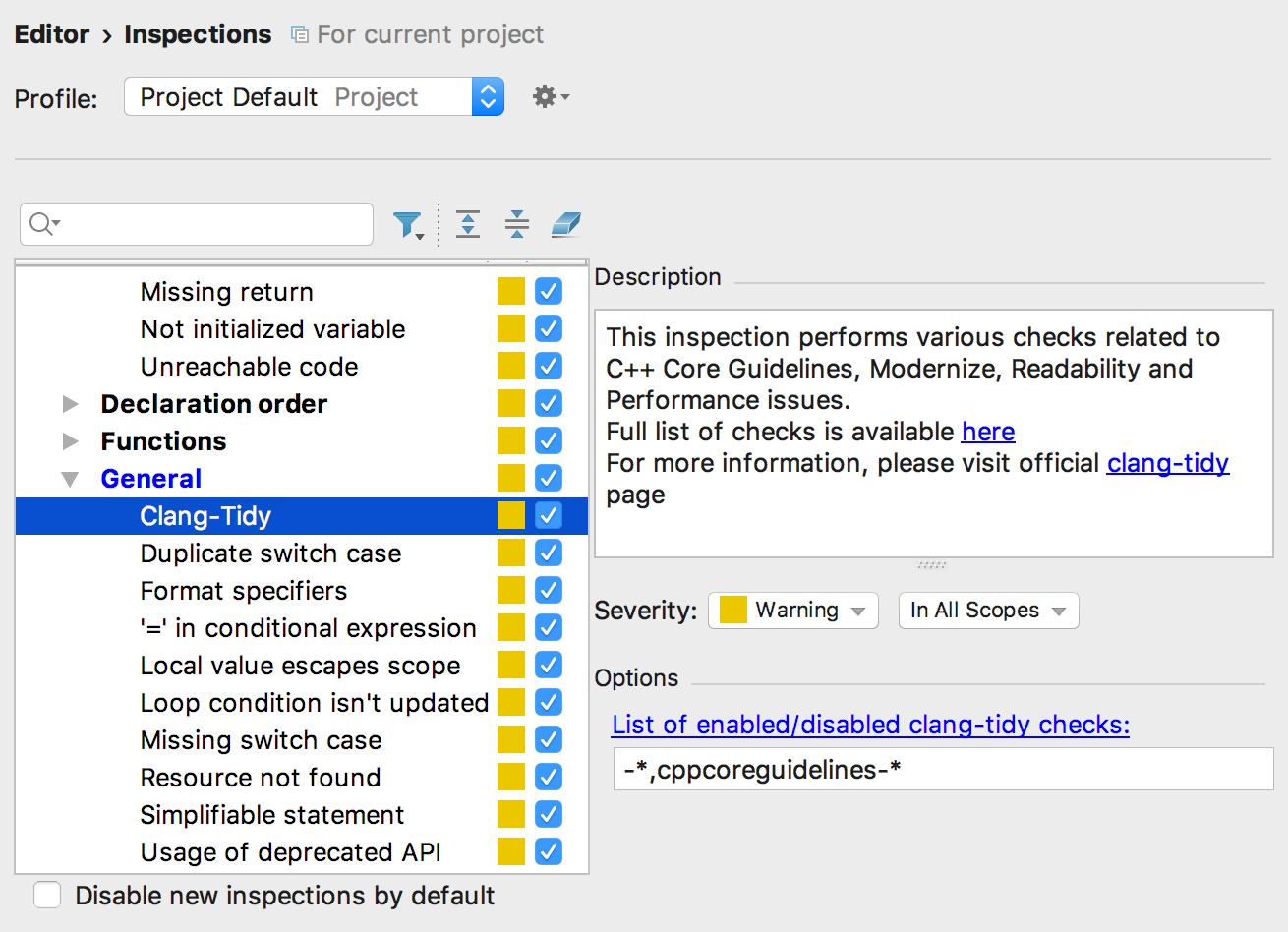 This will result in only C++ Core Guidelines checks running on the project:

The full list of Clang-Tidy checks can be found on their site. CLion’s default configuration is described at our confluence page.

There are many things that are not yet there for Clang-Tidy integration:

We hope to address the biggest problems in time for the 2017.2 release. Your feedback, typical usage scenarios and probable issues with Clang-Tidy integration would be very helpful! Please share them in our tracker or in the comment section below.

Assumptions, std::execution, the evolution of lambdas and functions in modern C++, C++ conferences in 2022

The CLion 2021.3.2 bug-fix update, build 213.6461.75, is now available. You can get it from our website, in the Toolbox App, or as a snap (for Ubuntu). You can also update via patch from the IDE itself. DOWNLOAD CLION This update is focused on improving the new Remote Development functionality introduced in v2021.3: Fixed the high CPU usage when idle: GTW-685. It’s now possible to use Gateway

It’s time to announce the first bug-fix update and 2022.1 roadmap. We’ve decided that this time we’re fully dedicating the CLion 2022.1 iteration to bug fixes and making a quality release.