A new CLion 2020.1 EAP build is now available for download!

You can download the build (201.6251.14) from our website, via the Toolbox App or as a snap package (for Ubuntu) and install it side by side with the stable release build.

The CLion team is now working hard toward Embedded Development support. And this build has taken another important step – support for the IAR compiler/toolchain. Before, CLion already worked with GCC-based toolchains, Clang, and Microsoft Visual C++ toolchain (Intel compiler also works but with limitations). But the IAR toolchain is different, and so collecting compiler information in CLion previously failed. 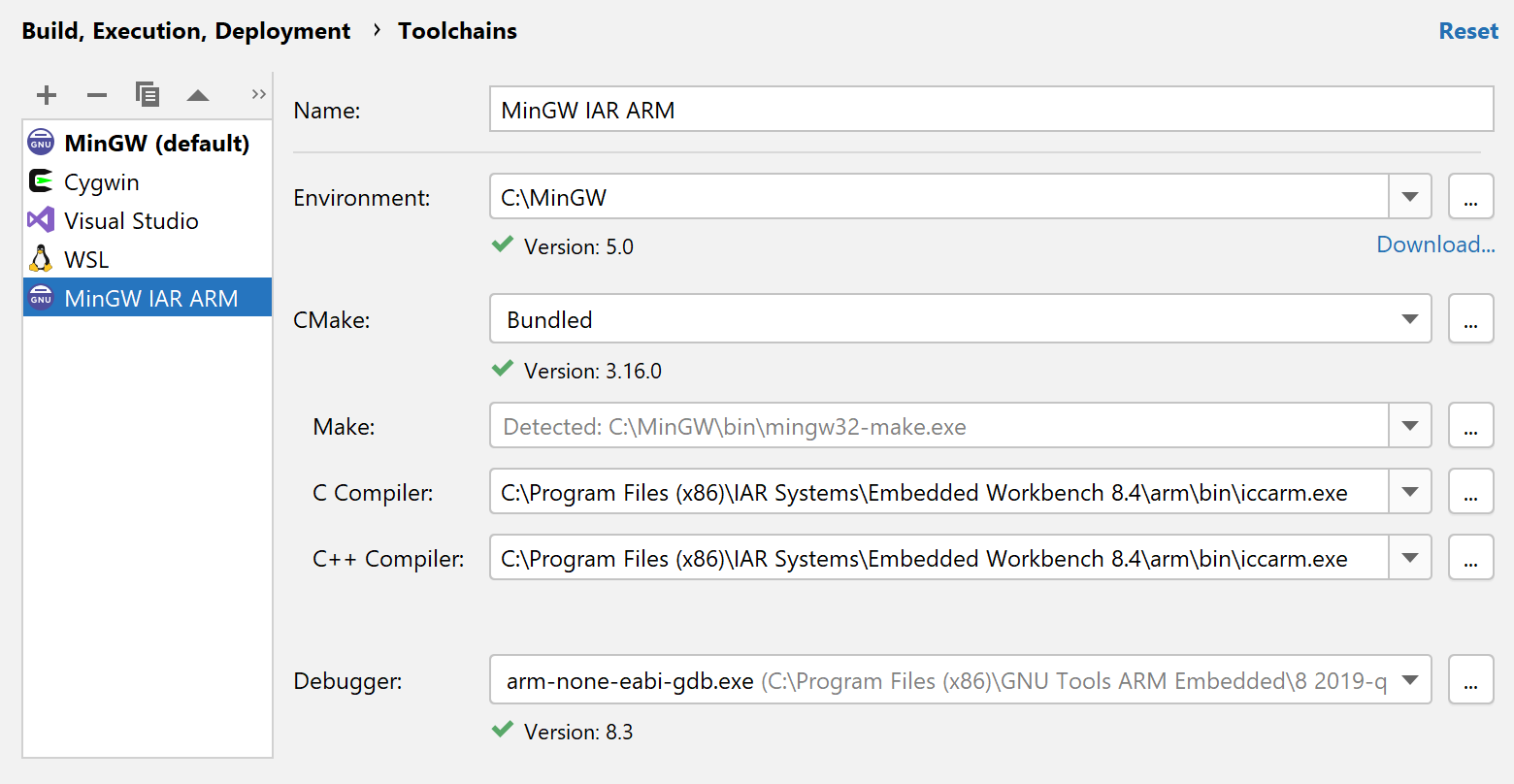 Note that MinGW is required for you to be able to use the IAR compiler. You might also be interested in how to use CMake with IAR Embedded Workbench. Additionally, we recommend you use Ninja as a CMake generator because of the following issue: CPP-19327.

We would also love to thank IAR Systems AB for their support and partner licenses, which helped us develop and test the integration.

In collaboration with the PlatformIO team, we’ve recently started some work in CLion to improve integration and help CLion users benefit from this new generation ecosystem for embedded development.

There is now an experimental plugin you can install which allows you to try the following:

Don’t forget to install PlatformIO itself to get the plugin working correctly.

We will continue to work on this plugin, so stay tuned!

When calling the Change Signature refactoring (Ctrl+F6 on Windows and Linux, ⌘F6 on macOS), CLion updates all the usages of the function. Previously when adding a new parameter to the function signature, CLion simply added a default type value as an argument to the usages (i.e. 0 for numerical, nullptr for pointers). This helps keep the code compilable, but is not always what you want, as you might need some other value to be used (and so in this case you later have to call the Find Usages and update the arguments manually).

Now, Change Signature refactoring includes the ability to point CLion to a value to be used by adding the required value to the new Default value field in the dialog: 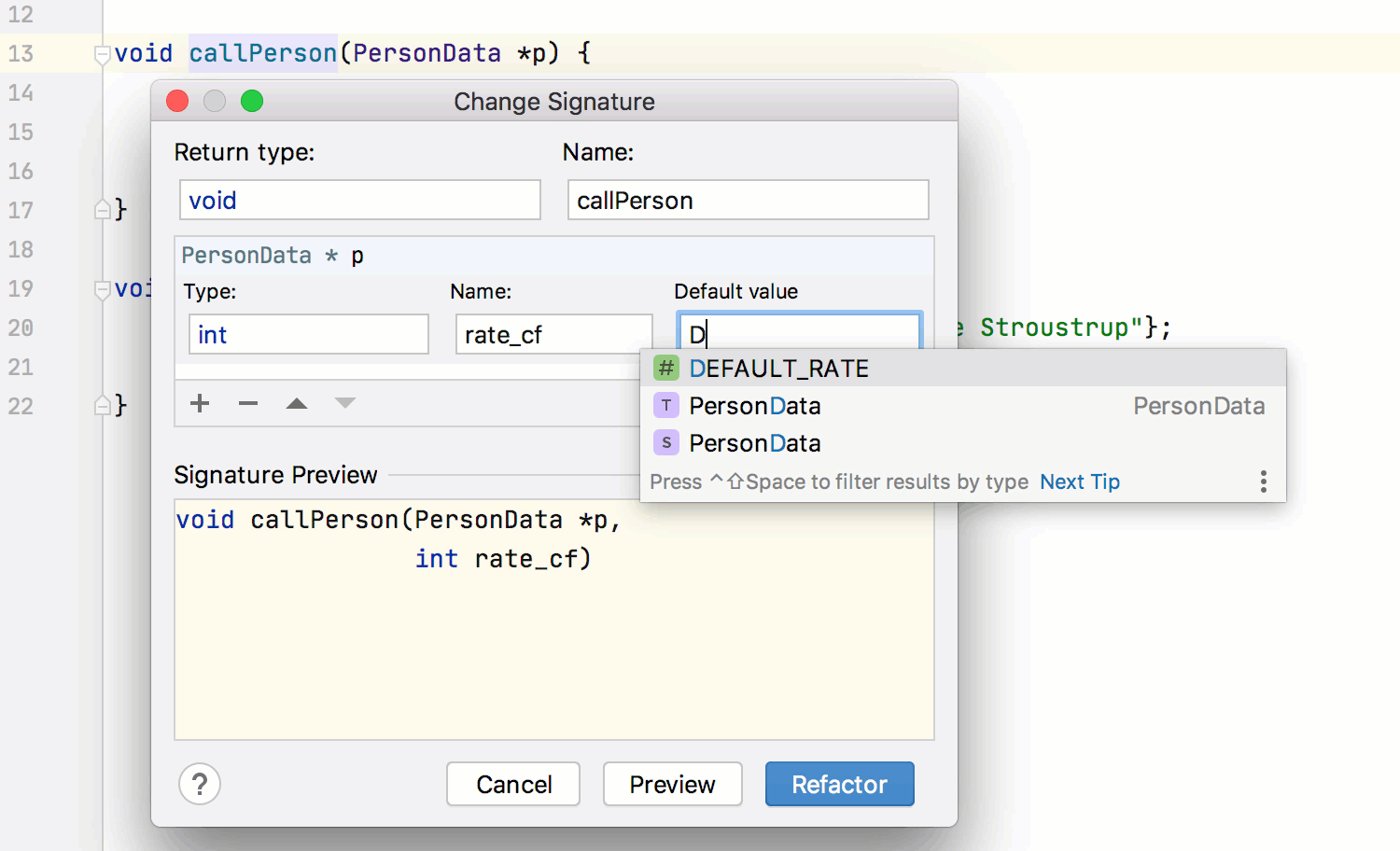 If you keep the field blank, the old behavior is applied and the default value for the type is used.

The same logic applies to the Create Parameter From Usage quick-fix and the Add Parameter to Constructor intention:

Extract Parameter uses either the default type value or the value with which the variable is initialized: 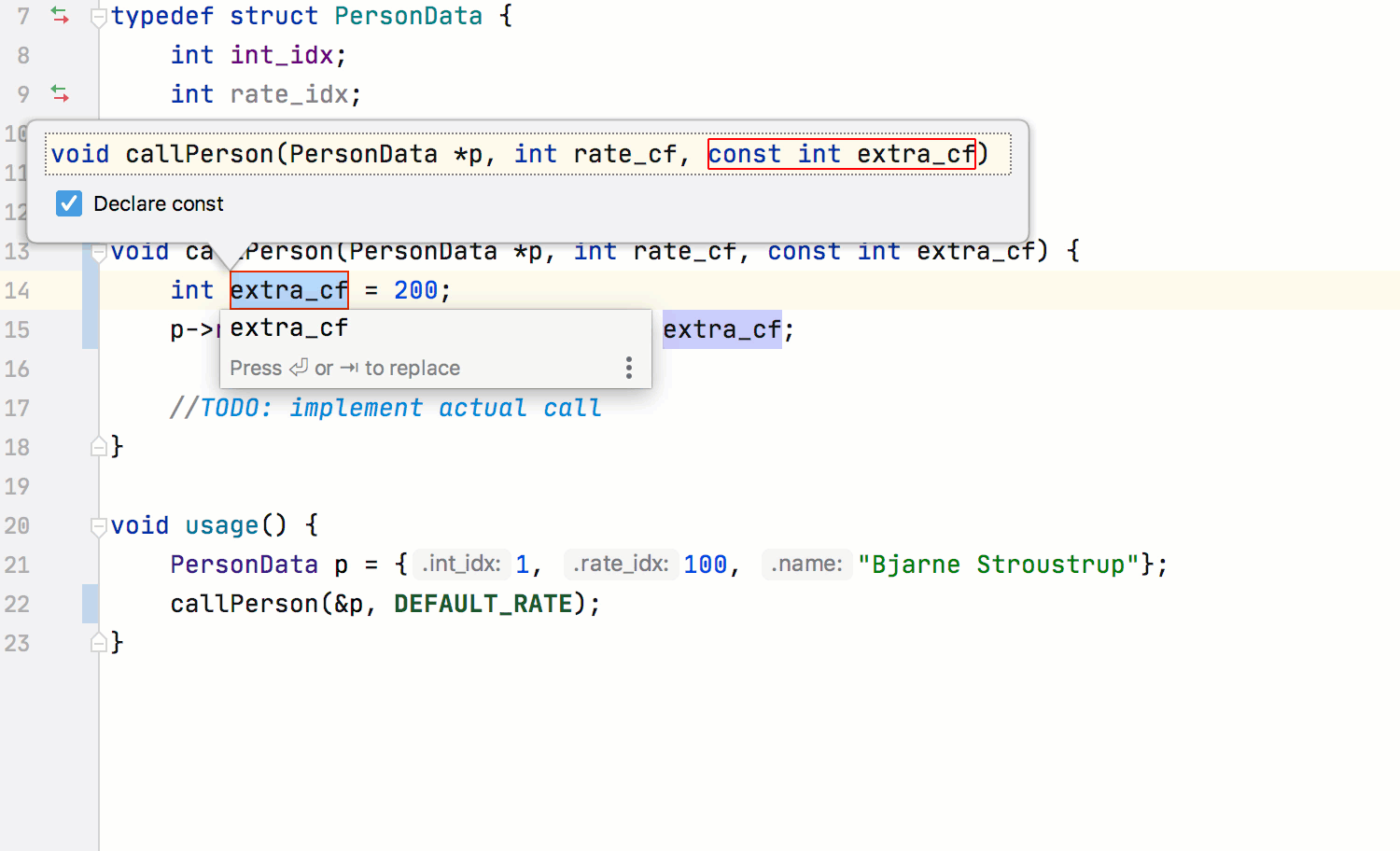 There is also a new ability to split terminal sessions vertically or horizontally so that you can run them side by side. Check out the full release notes here.

A new CLion 2022.3 EAP build is available! Download build 223.7401.10 from our website, via the Toolbox App, or as a snap package (if you are using Ubuntu). Update via patch if you are using the previous EAP build. DOWNLOAD CLION EAP Option to run single files If you have a CMake or Makefile project, opening it in CLion is quite straightforward; you just point the IDE to the top-level directory or top-level CMakeLists.txt or Makefile file and select the option to open it as a project. CLion loads the project model and extracts the compilation flags from it in order to correctly parse, buil