In this post, we’ll take a look at the updates that IntelliJ Rust has received over the 2020.1 release cycle.

But before we start, we have an exciting announcement that we would like to share. It is now possible to debug your Rust code in IDEs other than CLion! Here are a few more details:

Now, let’s get back to the plugin updates:

If you are working on macOS or Linux, you have the choice to use LLDB as your Rust debugger. LLDB doesn’t natively support Rust and treats it as C code by default, so the plugin has to do its part to make your debugging experience more convenient. You can track the progress of this ongoing work in this umbrella ticket.

As a basis for improving LLDB support, we took the ‘rust-enabled lldb’ patches developed by Tom Tromey, fine-tuned them to suit the recent versions of the debugger, and applied them to CLion’s bundled LLDB.

This patched version of LLDB brings long-awaited improvements in type representation. Now the debugger can properly show enums and primitive types like i32, which was previously displayed as a C-style int.

The patched version of LLDB is also capable of demangling Rust function names, which allows the plugin to show them in a human-readable format inside the call stack (notice the Frames pane in the screenshot below). Moreover, demangled names are now available for Evaluate Expression. Simple function calls like fn foo() -> i32 can already be included in the expressions, and we are working on handling more complicated cases. 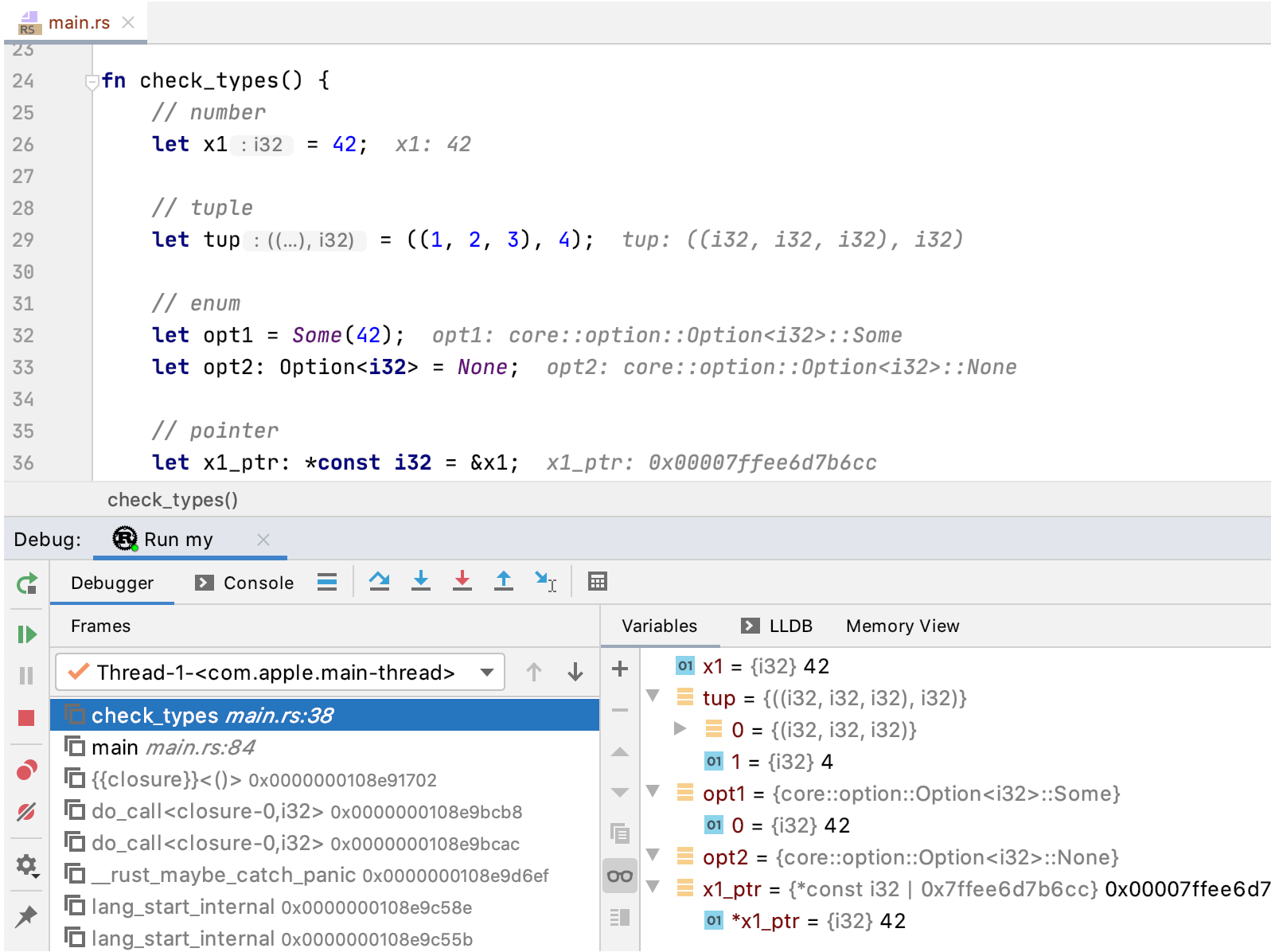 A major novelty of this release is the REPL console, an interactive read-eval-print-loop environment for prototyping and testing your code. This handy tool is a notebook, a calculator, and a Rust interpreter all in one.

Implemented on top of the evcxr_repl utility, Rust REPL provides syntax highlighting and completion for the code lines you type. It also shows a pane with the list of variables, functions, and structures currently in use.

To open the console, call Tools | Rust REPL or search for REPL in the Find Action dialog (Ctrl+Shift+A on Windows/Linux, Shift⌘A on macOS). The plugin will ask you to install the appropriate version of evcxr_repl, and then you’ll be ready to go.

The first change to note here is the introduction of code insight for impl blocks with type aliases. For performance reasons, this has been enabled only for types with fewer than a predefined number of aliases (the threshold is set to 10 at the moment). 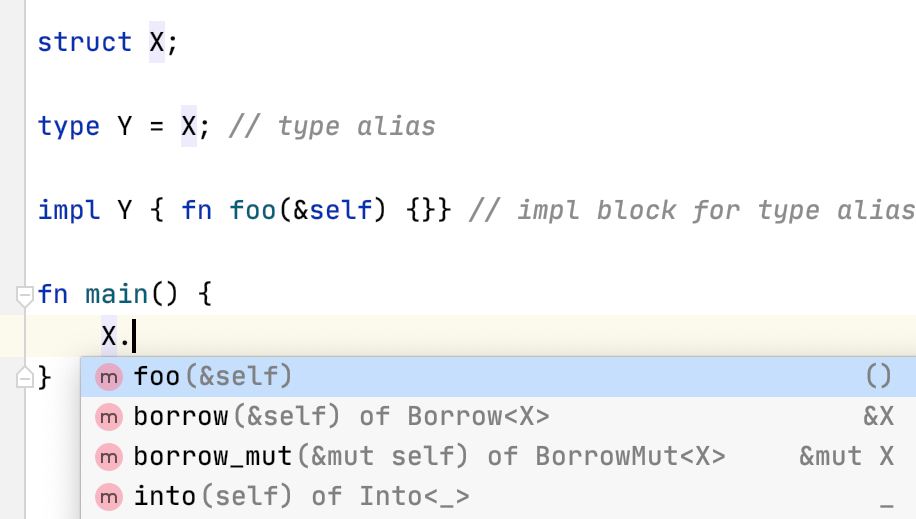 Code insight has also received some improvements. If some of the local variables or parameters are never used, you will see them highlighted in grey:

The return type mismatch check is now equipped with a quick-fix:

A new inspection, Lift return, identifies if and match expressions where return can safely be pulled up from the branches:

And the list of refactoring intentions has been enriched, as well. You can now extract enum variants into separate structures and edit them while simultaneously affecting all usages: 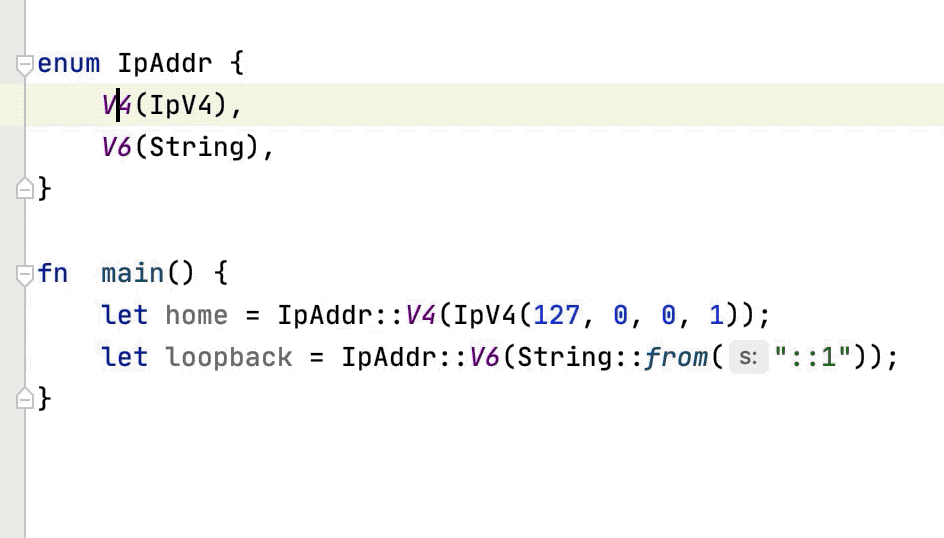 Those are the most notable changes we’ve made to IntelliJ Rust for the 2020.1 release. Please share your feedback with us, and if you encounter any issues, don’t hesitate to report them in the plugin’s tracker. Thank you!

CLion 2022.2 EAP6: Updates to Quick Documentation and Better Handling of Booleans in the CMake Cache Editor

A new CLion 2022.2 EAP6 build, 222.3244.6, is available from our website, via the Toolbox App, or as a snap package for Ubuntu. If you are on macOS, there is a separate build for Apple Silicon (M1 chip). Those who are already using EAP5 can apply a patch to update to EAP6. DOWNLOAD CLION EAP Updates to Quick Documentation The Quick Documentation popup has been our main area of focus in this relea

Portable assumptions and other language news, C++Now 2022 recordings, tips about pointers and memset, and tooling news