If you’re interested in previewing what the year’s first release of DataGrip will include, here’s what you can already try.

We’ve reworked the connection window to make it more friendly. 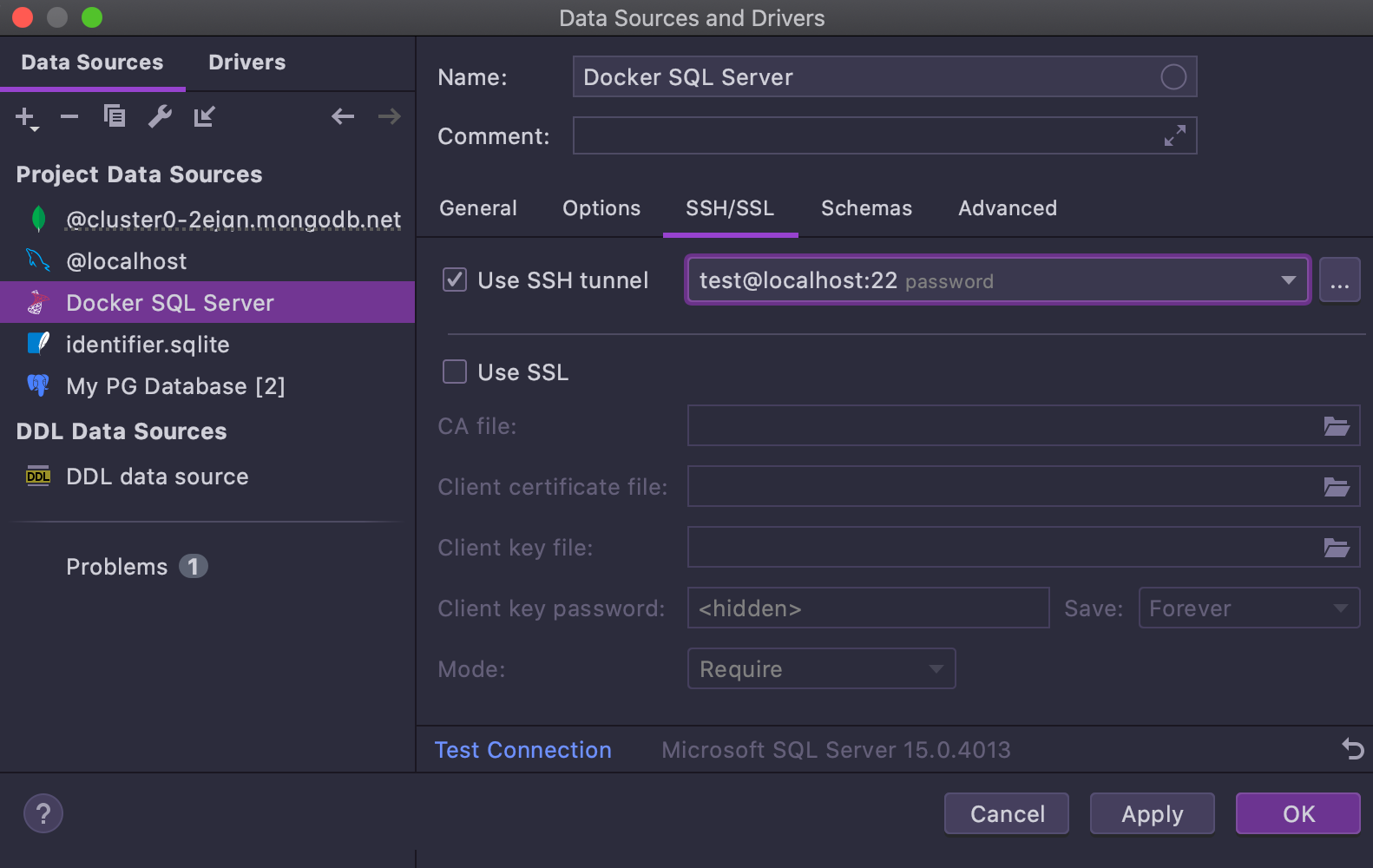 We’ve added a UI for editing grants when modifying objects. 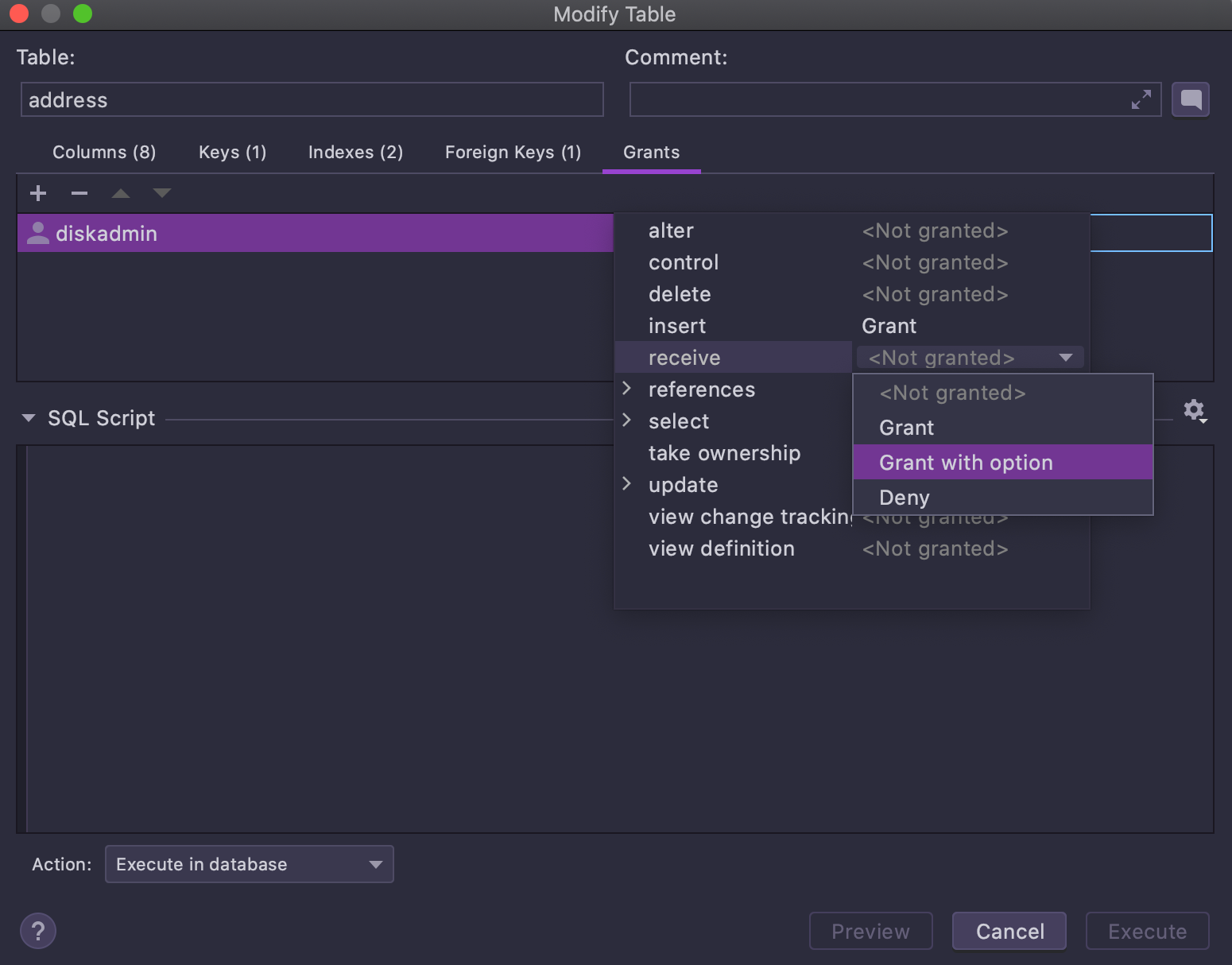 Editing grants per user will come in one of the next EAP builds.

We’ve improved the sorting of data: 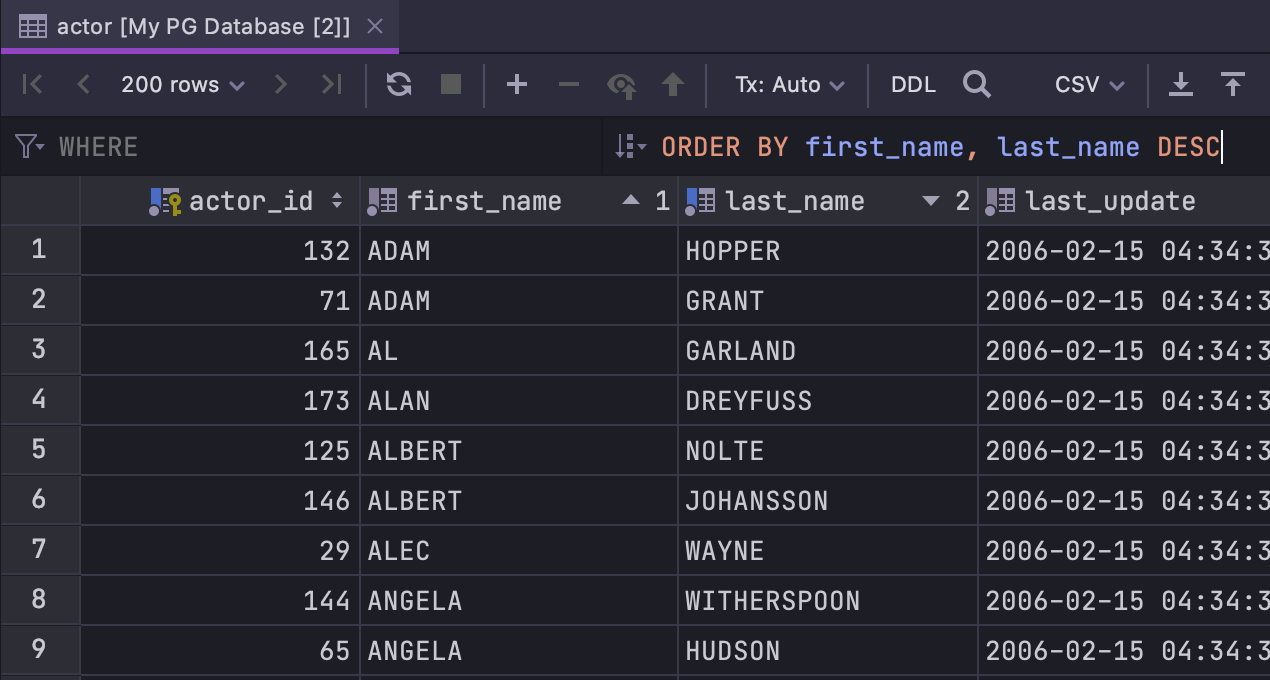 If you want to use sorting on the client side (DataGrip will not rerun the query nor sort the data within the current page), uncheck Sort via ORDER BY:

It’s also possible to open tables with predefined sorting based on the numeric primary key. 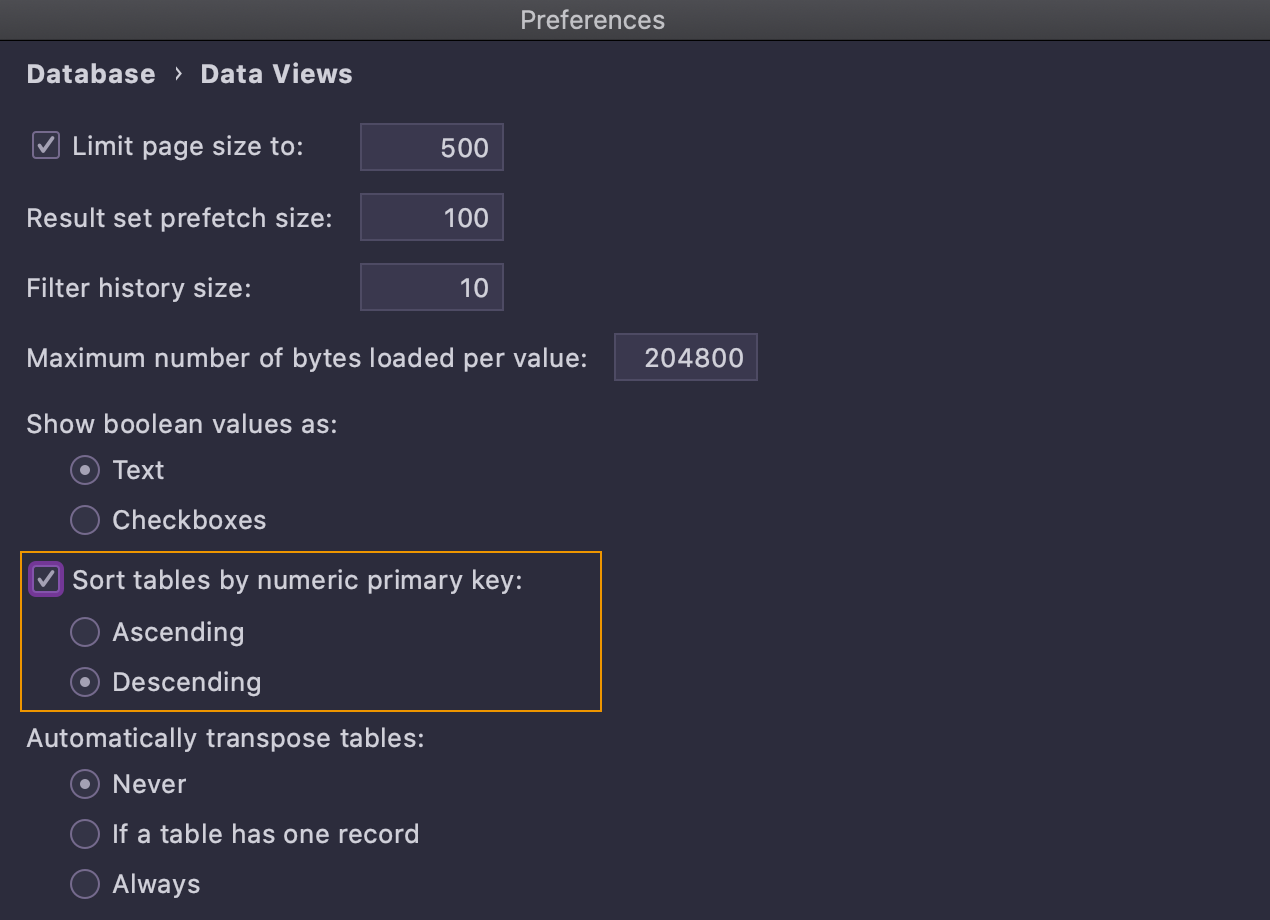 When you copy binary data that hasn’t been completely loaded yet, the following notification will be shown:

If you don’t want the data to be truncated, increase the value in Settings/Preferences | Database | Data Views | Maximum number of bytes loaded per value.

When you export to Excel, the resulting file will contain the query on a separate sheet.

When you import a CSV file, the option to clarify that the first row is a header is now available in the context menu as shown below: 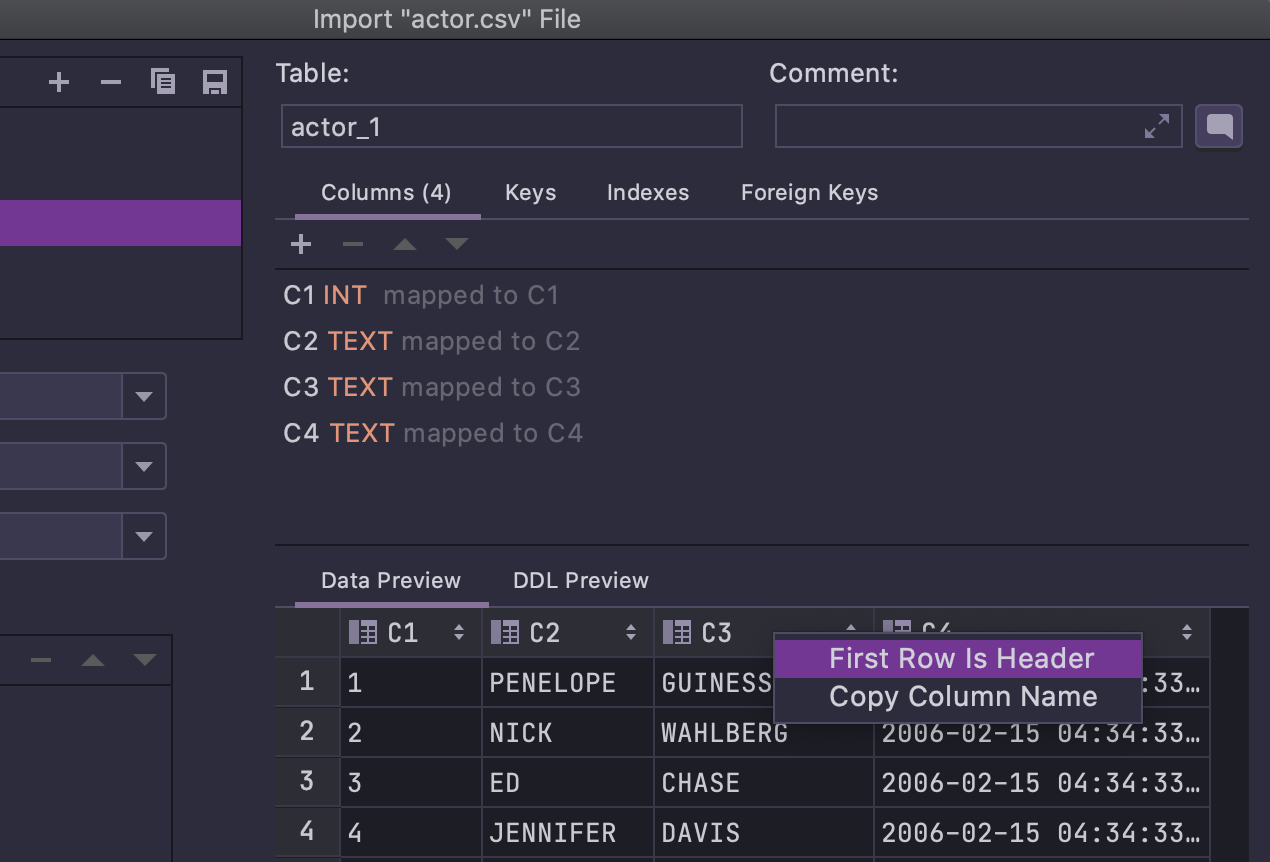 Now there is an option to always transpose the result if it contains a single row. 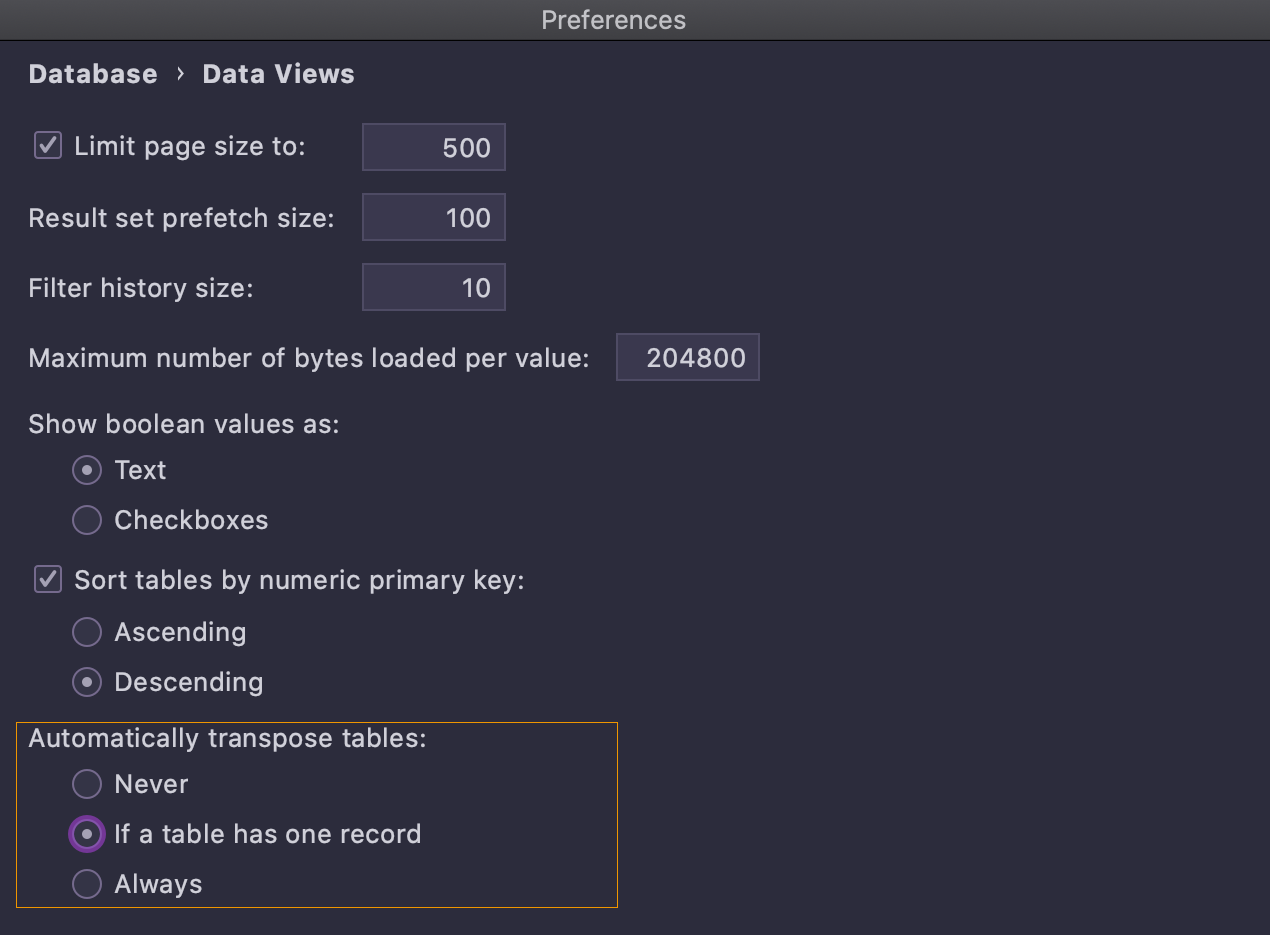 The default layout of the database explorer has been changed, with non-major objects now available under a dedicated node. Most of the time people work with tables, views, and routines, whereas seeing users, roles, tablespaces, foreign data wrappers, and many other types of objects is not high on their list of priorities. So, these secondary objects are now hidden under two nodes, Server Objects and Database Objects. 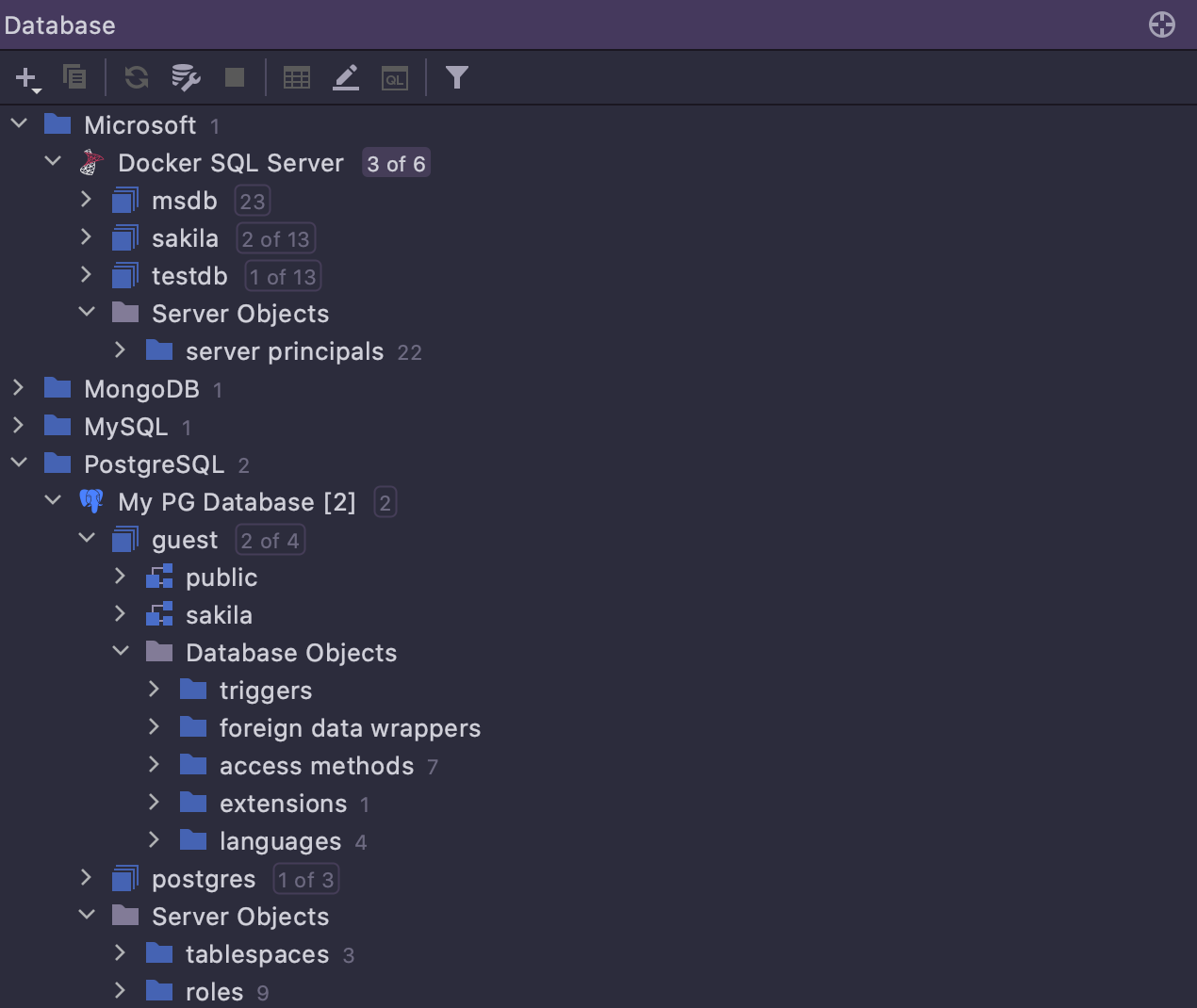 Also, for Oracle there is an option to show or hide auto-generated objects in the tree, including the following:

New types of objects – functions, modules, and virtual columns – are introspected for SQLite.

We’ve introduced a new setting for using unsupported databases. When working with these databases in DataGrip, you’ll need to use either the SQL:2016 or Generic dialect. Generic is almost identical to SQL:2016, with the only difference being that all found errors are not highlighted.

To access the setting, go to Preferences | Database | General | Split a script for execution in Generic and ANSI SQL dialects. The following values are available to choose from:

On valid ANSI SQL statements or by separator – this is the default setting that is suitable for the majority of cases. In other words, we’ll do our best to understand what you want to run.

On ANSI SQL Statements – split statements as before. The logic is based only on what DataGrip considers valid based on SQL:2016 grammar.

By statement separator – extract and run statements by separators. Use it if the first option didn’t do the job. For GenericSQL, the separator is a semicolon. Please note it is no longer possible to set a custom separator.

Here are some of the problems we’ve resolved:

That’s all for this EAP build of DataGrip 2021.1. You are welcome to give us feedback using our Twitter or forum. We also have a simple way for you to quickly report issues straight from DataGrip, click Help -> Report problem… to create a new issue in our issue tracker.

Thank you,
Your DataGrip team

Hello! We’ve released the third minor update for DataGrip 2022.3. Here are the most notable improvements and bug fixes: DBE-11963: Auto-refresh is now available with adjustable intervals. It can be disabled manually or automatically (for example, if you start editing). You can set up auto-refresh for sessions in Virtual views to monitor sessions in real time, which finally resolves this really old ticket, DBE-229!  DBE-17059: A list of settings was added to the Object Migration dialog. 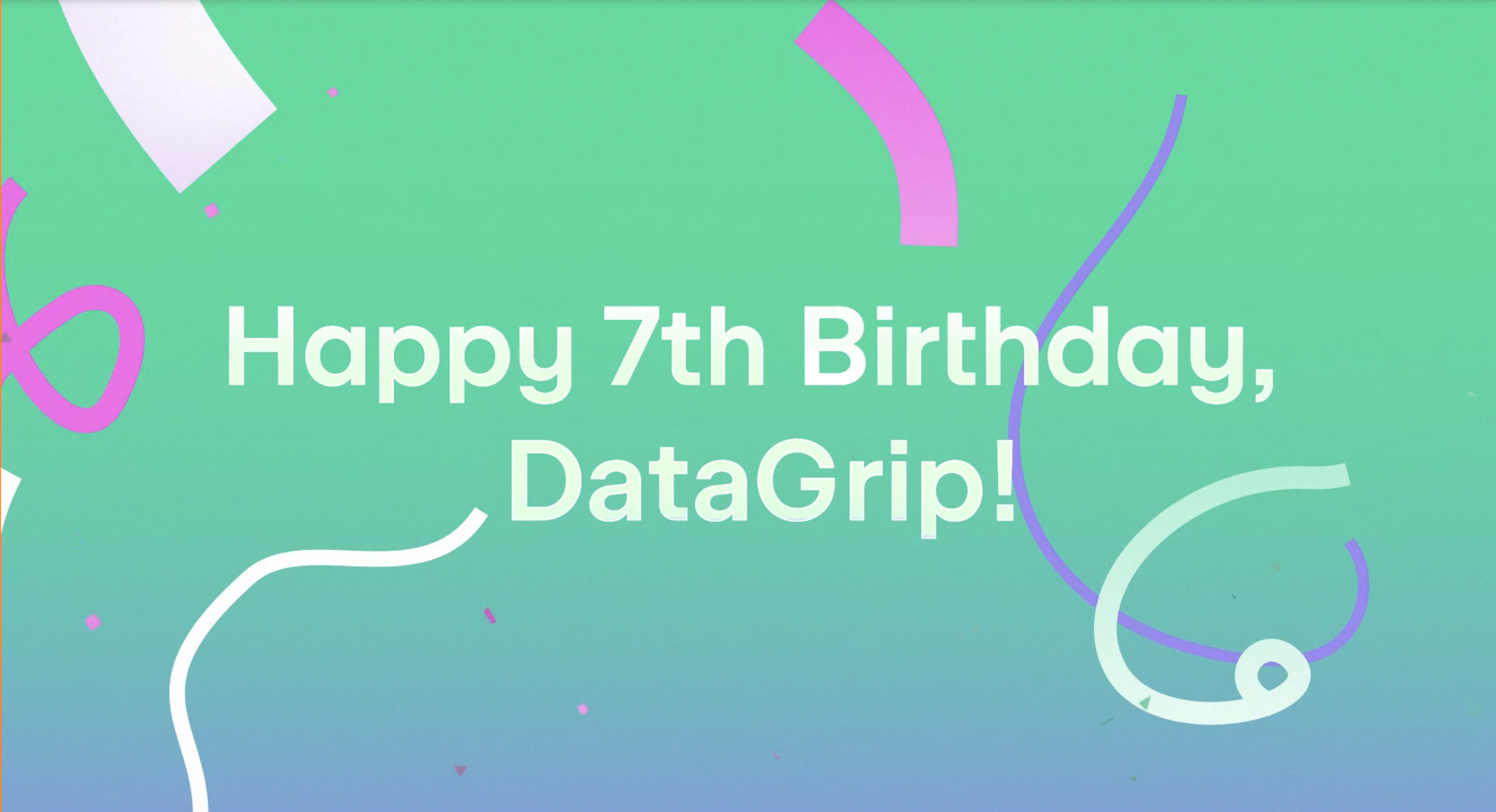 7 years ago today, DataGrip was brought into the world. We’d like to share some milestones from our history and express our gratitude to our users who have made huge contributions to DataGrip over the years. We’ve done it together! June 2014 Early Access Program starts for 0xDBEDecember 2015 DataGrip 1.0 releasedJuly 2016Import CSV filesOctober 2016DataGrip’s first participation in PASS Summit in SeattleNovember 2016Source code storageMarch 2017First PGConf US in New YorkJuly 2017AWS Redshift supportedOctober 2017First PGConf EU in WarsawNovember 2017First AWS re:InventDecember 201