Read this post in other languages:
Français, 한국어, Türkçe, Русский 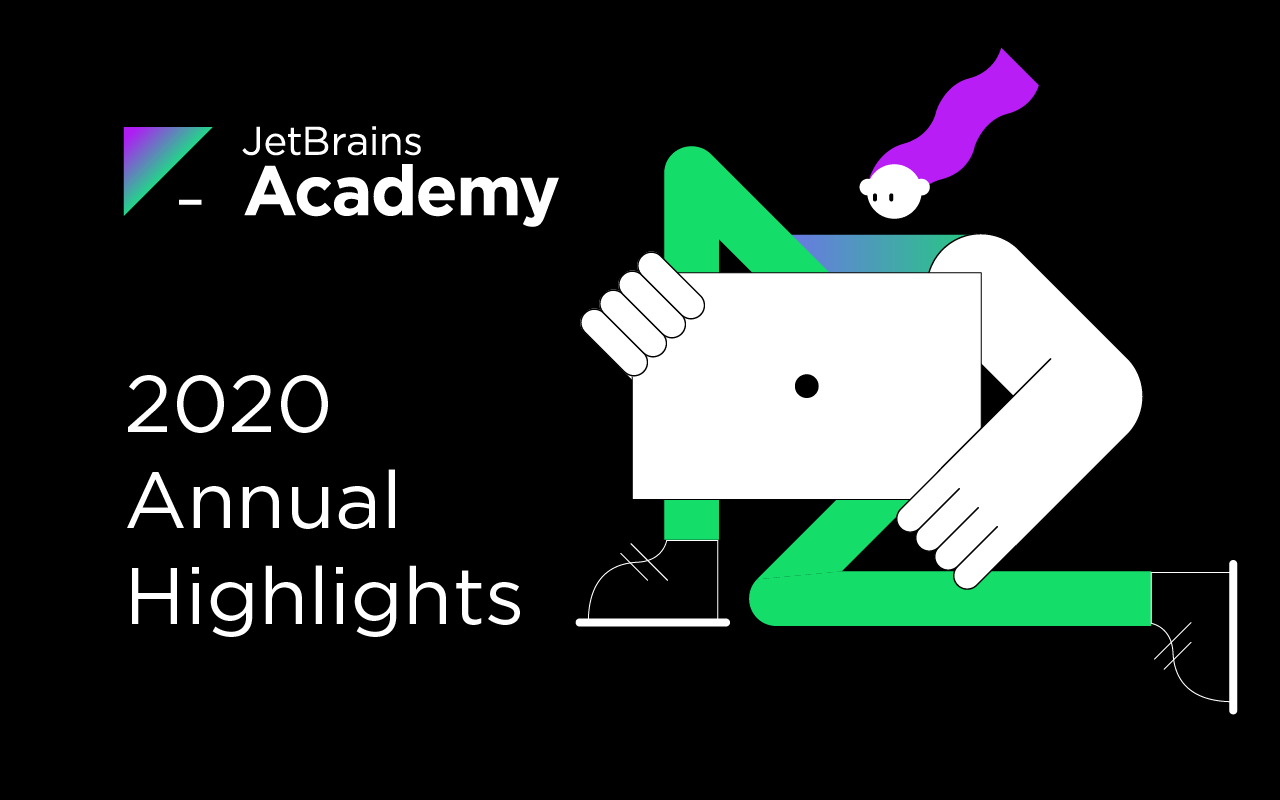 The beginning of 2020 saw a momentous occasion in the history of JetBrains Academy. We added the Python track to the already existing Java and Kotlin tracks. Today, more than 116,000 users are learning Python with us!

If you have not registered at JetBrains Academy yet, the beginning of 2021 might be a good time to do so! Get started today with a free 7-day trial that can be extended by up to 2 months without any payment information.

We know how important it is to stay curious and engaged in the process of learning new things. That’s why we’ve worked hard to create interesting and useful content throughout the year. Over the course of 2020 we added 37 projects and over 300 new topics!

We also wanted to celebrate your accomplishments and selected the top 10 most active learners of 2020, based on the number of topics and projects completed. The most active learners have received coupons for 3 extra months of free learning at JetBrains Academy. Congratulations to everyone and thank you so much for studying with us!

Now you can learn Scala by creating real-world applications on JetBrains Academy!

The new SQL track will be a great resource for any backend developer. Check it out!

Learn about recent upgrades for the Rustlings and Introduction to Python courses.

Check out the brand-new projects in Kotlin and JavaScript, and explore 30+ new topics!