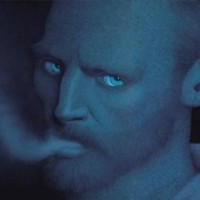 In IntelliJ IDEA 9 (Maia), we’ve slightly changed the way you run and debug your applications. You’re still able to quickly run or debug a previous configuration (Shift+F10/F9), as well as to create and run/debug a temporary configuration in a context-dependent manner (Ctrl+Shift+F10/F9). However, it’s now much easier to select and run/debug different configurations from the keyboard.

In IntelliJ IDEA 9, you can choose a configuration that you wish to run with one of the following shortcuts:

Invoking any of these actions displays a pop-up window with available configurations, like this: That’s not the end of the story: you’re now able to temporary switch to an opposite action directly from this pop-up window by pressing and holding Shift. When you do that, Run becomes Debug and vice versa.

And even more: we’ve extended the pop-up window with context-dependent configurations. That means whenever you press Alt+Shift+F10 right in a test method’s body, the pop-up displays a temporary configuration to run the current method only or all tests from the current test class.

One more tip: we’ve mapped this pop-up to F9 (debugger’s Resume Program action). The pop-up now displays on pressing F9 when you’re unable to actually resume anything – that is, when you’re not yet running any debug session.