JavaOne 2013 takes place September 22-26th in San Francisco, California, and JetBrains will be there! With more than 400 sessions, including technical sessions, hands-on labs, tutorials, keynotes, and birds-of-a-feather sessions to choose from, JavaOne is the place to learn and meet friends from all around the world.

Come by our booth and meet members of the JetBrains team. There’s plenty for us to talk about including our plans for the upcoming release of IntelliJ IDEA 13, the new projects announced at JetBrains Day in Malmö; as well as the latest releases of TeamCity, Kotlin and MPS. And that’s just scratching the surface of our latest product news and plans!

We look forward to meeting you in person, answering your questions and showing off the hot new features. Be also sure not to miss our sessions by Hadi Hariri and Andrey Breslav on Kotlin language. 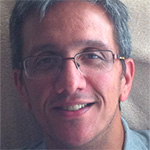 JetBrains Kotlin is a new OSS programming language from JetBrains, an IDE and developer tools leader. Its purpose is to provide a general industry-focused language that can be used for all types of development and, at the same time, fixing some of the common pitfalls of other languages that can end up being very expensive. That’s the idea behind it at least, but does it hold? You can find out in this session, which puts it to the test by creating a real-world application to see if and when it can help and whether it has enough potential to be a prime runner. 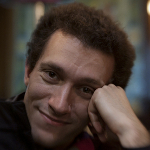 JetBrains Web programming is somewhat strange: the core languages (HTML and CSS) have no means of reuse, so we have to use server-side templates and preprocessors such as LESS/SASS to compensate. On top of that, although even very basic Web applications use quite a few different technologies (think HTML/CSS/JS/Java/JSP), there are no means of making sure they fit properly together. Maybe this link is broken, maybe that style is not defined, and so on. Being a general-purpose language, Kotlin has no built-in support for Web programming, but you can build a Web framework in it that incorporates everything from routing to markup and client scripting in a type-safe, reusable way. In this session, you can learn how.

Additionally, Andrey will be taking part in the group session, The Emerging Languages Bowl: The Quest to Be in the Big Leagues, Thursday, Sep 26, 3:30 PM – 4:30 PM with Raghavan “Rags” Srinivas, Charles Nutter and Stephane Epardaud.

See you there next week!