It’s been wonderful (and busy) 3 months since we announced IntelliJ IDEA 15. Exciting, because we’ve been working on new features, and busy, because we promised more frequent updates. We’re proud of what we managed to accomplish during that time, and without any further ado, we’re happy to present you the first IntelliJ IDEA 16 public preview.

If you want all the details about its new features, or get yourself a copy to try right away, visit our website. Here’s a brief overview of its most notable highlights. 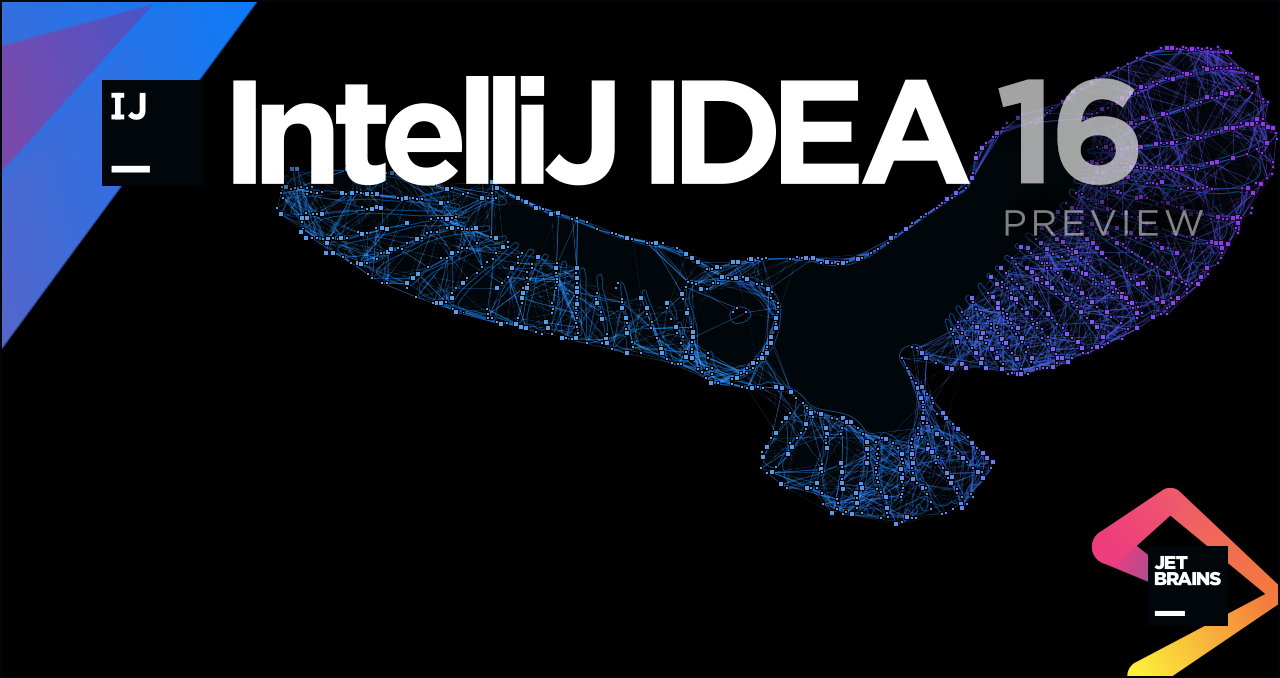 IntelliJ IDEA 16 continues to improve its Java debugger. Now it lets you use Groovy expressions in Evaluate and Watch windows when debugging Java applications. Debugging multiple threads and code without debug info is now simpler. The IDE will warn if you step over code that doesn’t match the running copy.

Code editor has been extended with a number of new features: now you can shift entire statements right or left,and have an easier way of importing static members. Also, the editor now supports RTL languages (e.g. Arabic or Hebrew.)

We’ve added many new code inspections, including those that help with migrating to Java 8 method references, lambda expressions, and the Optional type. The Inline and Change Signature refactorings have also been updated to correctly process such method references.

The IntelliJ IDEA project model is finally aligned with that of Gradle and supports custom source sets by resolving dependencies between individual ones. This improvement fixes a great number of issues that have been reported by our users.

VCS integration gets a couple of new actions and slightly updated UI for the Log viewer and the Diff viewer/Merge dialog. The integration with Git now supports Git worktrees.

If you’re working with Spring, you will be happy to know that we’ve added lots of coding assistance features for Spring Boot, Spring MVC, as well as have fixed many issues related to Spring Core.

The built-in coding assistance for Thymeleaf has been updated to v3, and large number of Thymeleaf 2 related issues has also been fixed.

There’s something more for other JVM languages: we have significantly improved code completion for Scala.

The Docker plugin has been improved in many ways: we’ve reworked its UI and added support for Docker Machine.

IntelliJ IDEA 16 (and the entire IntelliJ platform) are migrating to Java 8. It means plugin developers can now use Java 8 features in their code.

Last, but not the least, we’ve backported new features from Android Studio 1.5

One of the key goals of this preview is receiving your feedback, so don’t hesitate to do so either here in comments, or in our tracker. We greatly appreciate your time, and wish to thank you for all your help.