End of support for TFS 2014 and older 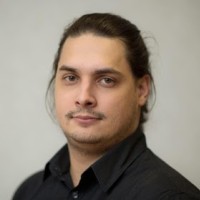 Since we don’t plan on developing the plugin any further, we will close all YouTrack-issues related to it. The plugin will stay available as-is in the repository so that older versions of the IDEs can use it.

The sources of the plugin are published on GitHub to allow users to customize them based on their needs:

To work with TFS 2015 and above, please use the Azure DevOps plugin https://plugins.jetbrains.com/plugin/7981-azure-devops. Initially released by Microsoft, the plugin is actively maintained by the JetBrains Rider team at the moment.

IntelliJ IDEA 2022.2 is now available, bringing a range of noteworthy upgrades and refinements to the IDE. Read this blog post to learn more about the most notable updates in this release.

IntelliJ IDEA 2022.1.4 is out with several valuable fixes!  You can get the latest version from our website, via the Toolbox App, from inside the IDE, or by using snaps if you’re a Ubuntu user. Here are the most notable fixes included in this bug-fix release:  For the full list of resolved issues, please refer to the release notes. If you spot any issues, please report them via our issue tracker. Happy developing!