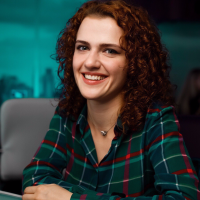 The upcoming IntelliJ IDEA 2020.3 will support the shebang mechanism to run single-file programs directly from source. This enhancement to the Java launcher was delivered in JDK version 11.

The idea of the shebang mechanism is to reduce packaging overhead and simply run the program.
To execute the file with the operating system’s shebang mechanism, its first line should start with #!.

Here’s how to make it work in IntelliJ IDEA:

Now the file is ready to use. IntelliJ IDEA will highlight it as a common Java file. Code completion, inspections, code generation, and refactoring all work here as well.

Try the new features coming in IntelliJ IDEA 2020.3 for free through our EAP program!

With the massive shift to remote work in all walks of life, it's no surprise that developers are joining the pack. But do they have an adequate toolset to stay productive in these new circumstances? Is working on heavy, expensive, and overheating laptops or connecting to remote desktops with high latency truly the way to go? Join us on August 4 for a webinar where we’ll be showcasing JetBrains Gateway, our strategic remote development solution for IntelliJ IDEA. We’ll show you how to run IntelliJ IDEA on a remote server, from a simple SSH setup, to a more managed, automated environment prov

IntelliJ IDEA 2022.2 is now available, bringing a range of noteworthy upgrades and refinements to the IDE. Read this blog post to learn more about the most notable updates in this release.