Kotlin 1.0 Release Candidate is Out!
Releases

Kotlin 1.0 Release Candidate is Out!

Finally, Kotlin has graduated the Beta and we are happy to present the Release Candidate Build!

NOTE: as we announced earlier, RC requires all code to be recompiled to make sure no code compiled with older versions is kept around (please recompile even if you were on the EAP version!).

This blog post gives an overview of the changes made since Beta 4. Library changes are the biggest in this build. Also, some bugs have been fixed. Full list of changes is available here. 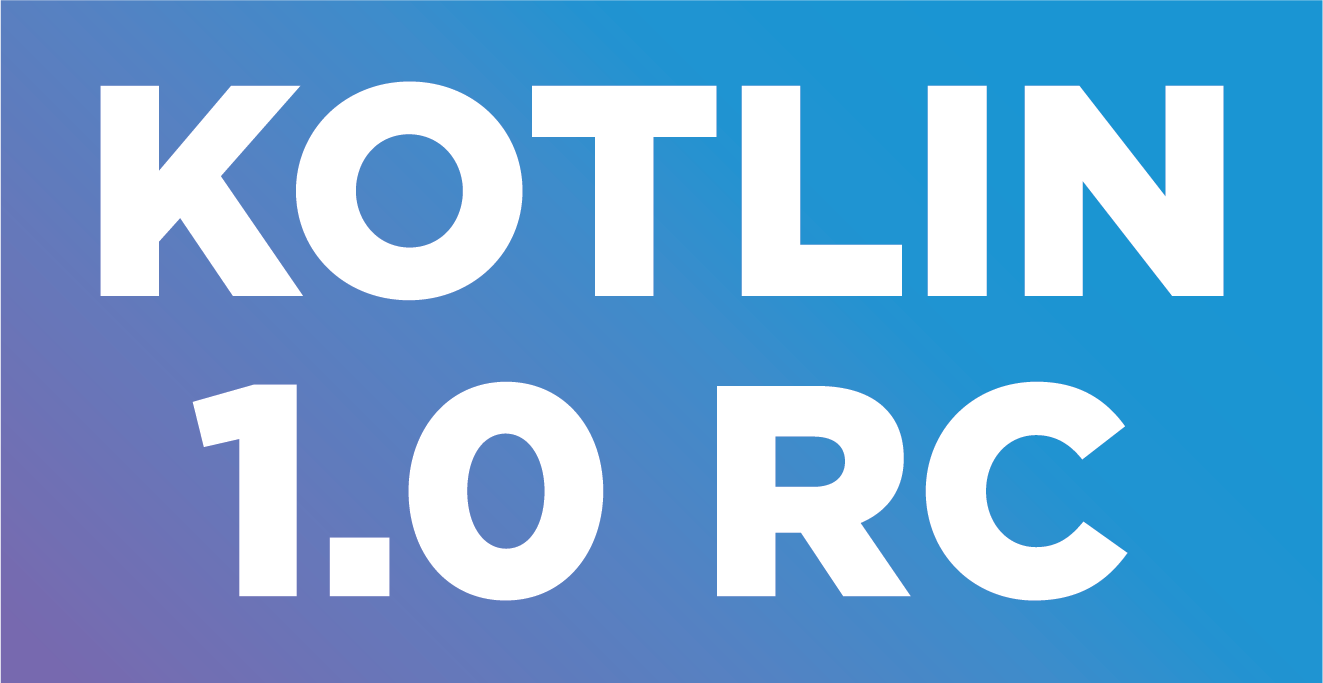 First of all, as promised before, there has been a clean-up:

Most other language changes are minor tweaks and bug fixes. Some highlights are given below. See the full list here.

The new @delegate: annotation target (use-site) is now supported. For example, to mark the delegate object as @Transient, we can say:

In the byte code, the field holding the delegate will be annotated.

We have fixed a number of annoying bugs connected with use-site variance (type projections). As a result, the compiler may find some previously missed bugs in your code.
For example, in the following case:

This code was mistakenly accepted before and is rejected now on the last line with the message:

Some improvements to synthesized properties derived from Java’s get/set pairs:

To enable Android Extensions in Gradle in a more idiomatic way, we now say:

in the build.gradle file (individually for each project).

The old way doesn’t work any more and prints fixing instructions to the output.

For the users of IntelliJ IDEA, automatic updates may not work in the IDE, so you’ll need to download the plugin and install it from a zip file:

Sorry for the inconvenience.

The final release is approaching, meanwhile — have a nice Kotlin! :)

P.S. See the discussions on Hacker News and Reddit.