Our first release of the year is here! With MPS 2019.1, we haven’t focused on any specific subsystem in particular, but rather on multiple parts of the product that came from the needs of our clients and community. Some of the features were made possible by customers who tasked us with implementing them for their own specific needs; for more information about how we work with customers, please see our Service page.

Language designers can set the style and priority for the items in the completion menu.

In order to do so, the language designer should create a Completion Styling root in the editor aspect of the language and stylers – statements that define the type of style.

To specify the style of a completion menu item, the language designer should first specify the item.

We currently provide two possible selectors of the completion items:

1) Items which modify instances of a specific concept. This selector selects items which appear in the completion menu when the user puts the caret on the node of the concept (or its properties, references, or children) and presses Ctrl+Space.

It is important that one item can be selected by many selectors, for example, in the situation above there are several selectors which will match one completion item:

3)  For actions modifying instances of StatementList:statement (because the item will paste a new node into the statement role of the parent StatementList)

So you should put a preference on the most specific selector possible.

Once the selector matches the menu item, the language designer can customize its style. There is a style object for that.

It is currently possible to:

Note that all the styles accumulate: if at least one styler is set as bold/italic/hide, the item will also be bold/italic/hidden. If the background or text colors conflict, the one set first will be used.

The priorities are used to sort the items, the higher-priority items are used by the stylers.

Items are sorted by priorities first and then by the level of matching to the user’s text. Currently, there is no way to override this level.

There are several parameters that a language designer can use, and they are all stored in the itemInformation parameter:

The most notable examples of stylers in the baseLanguage are:

1) LastReturnStatementStyling which makes the return item bold and sets its priority to non-zero if it is last in the current statement list.

2) VariableReferencePriority which sets an item’s priority to non-zero if the item references the variable declaration.

This feature is experimental and its design may undergo big changes in the future. Your feedback regarding this feature will be very appreciated and will really help us to improve it.

If you want to turn the feature off, use  Settings>Editor>General>Use completion styling.

VAR macro now supports multiple variable declarations per macro in the Generator language. The type is deduced from the declaration query unless it is overridden. 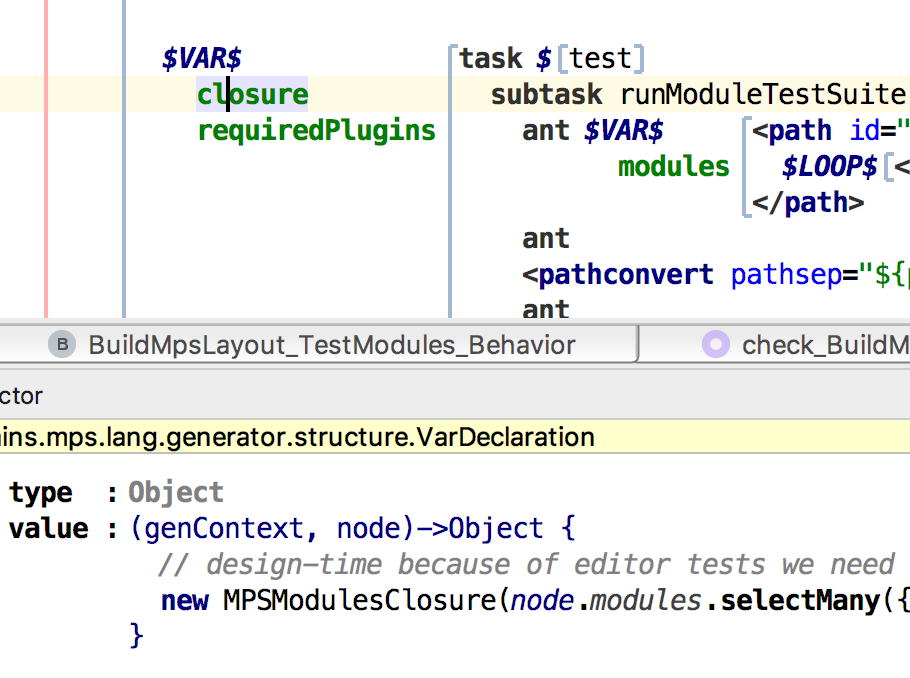 Use MPS plugins from the migration ant task (Client Sponsored)

Now, if a plugin is needed for a project to migrate, this can be specified in the <migrate> ant task. The corresponding plugin will be enabled, together with its dependencies. We’ve also integrated this feature into 2018.3.5 following a client support request.

The “run code from solution” instruction allows you to enable plugins in the MPS instance that will run the code. The dependencies of the plugin will be included. This feature was also integrated into 2018.3.5 following a client support request.

Add a touch of color to your day! The IntelliJ Platform has just introduced this cool feature, and since MPS is based on it, now you can customize the UI themes for your IDE too. Import the new predefined themes as plugins or create your own from scratch with IntelliJ IDEA. Try our new Cyan Light Theme and Dark Purple Theme. 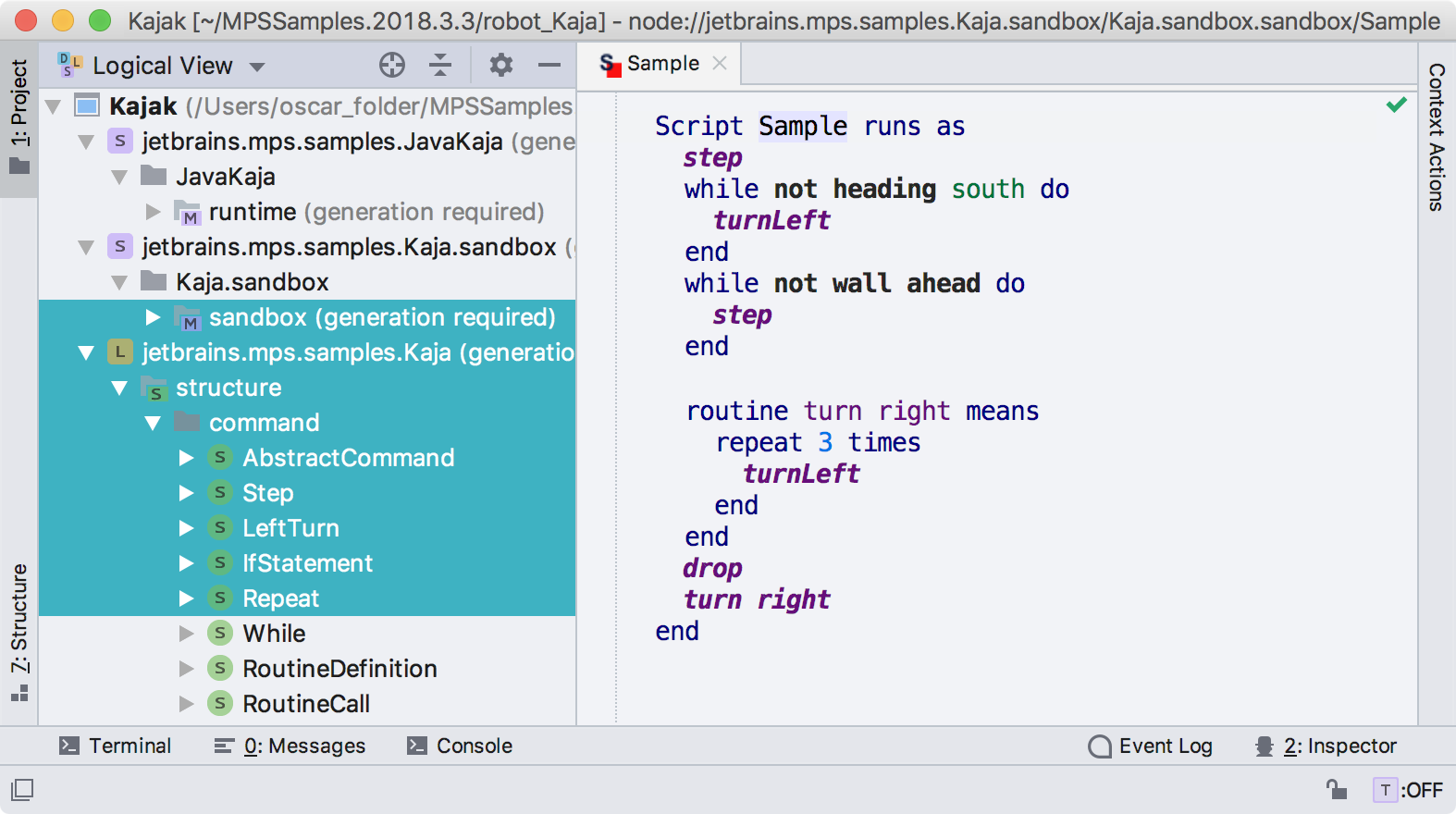 We’ve added TreeNodeSortService to manage ChildComparatorProvider contributions that gives you full control over the MPSTreeNode children in the ProjectPane tree. Clients will now register/unregister providers from their plugin’s application or project parts.

An indication of incoming and outgoing commits

Similar to an MPS Instance run configuration, now you are able to provide a list of IntelliJ IDEA plugins to be deployed on test execution. The ‘before launch’ task, ‘Assemble Plugins’, is available in JUnit run configuration as well. It automatically builds the plugins being deployed and copies the artifacts to the settings directory. 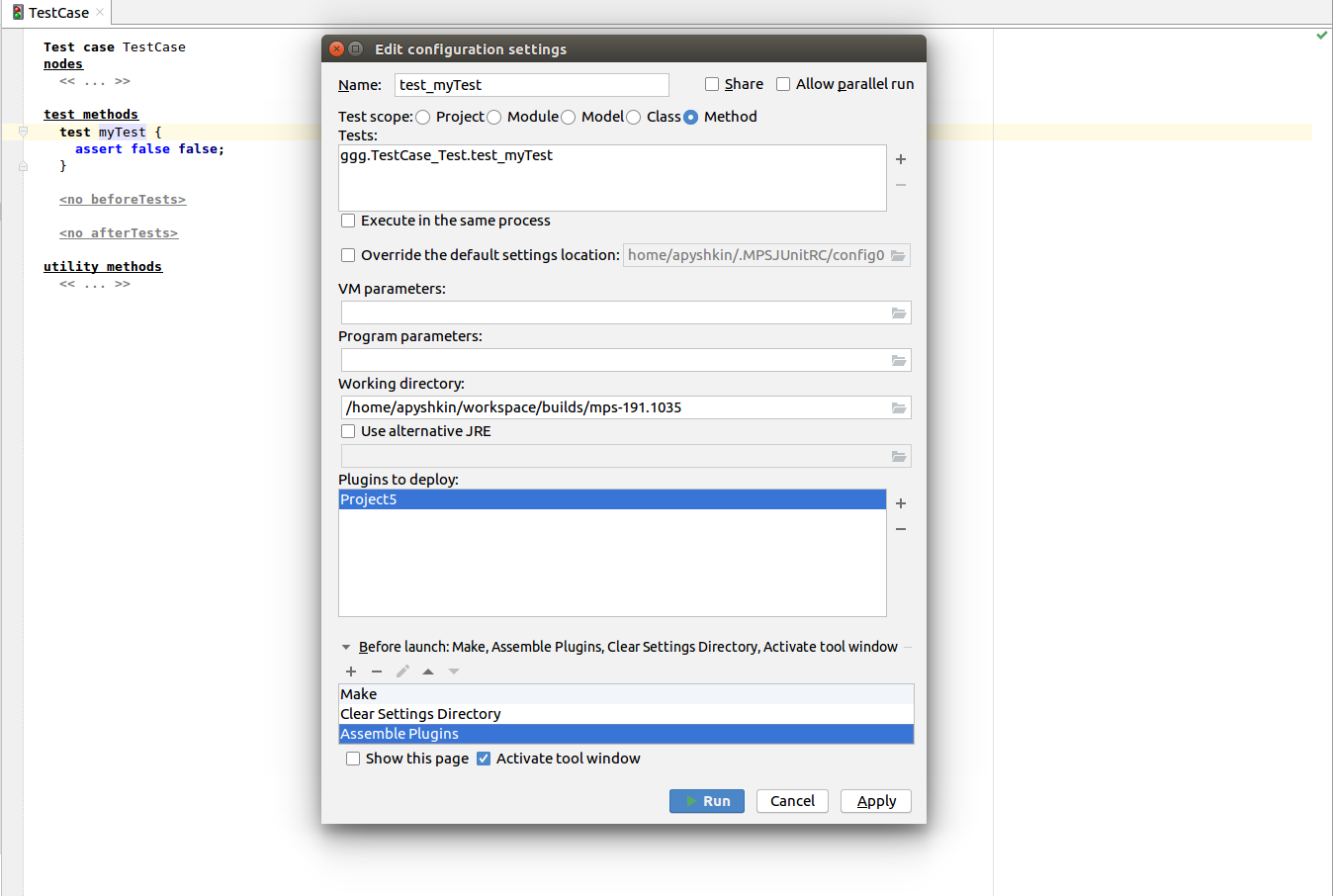 MPS now allows you to create static methods in interfaces.

Since forever, Confluence has been the home of the MPS documentation. Now it’s time to grow up and move out to our own place. We are migrating all the documentation to our Help Center; the User guide and Fast Track Tutorial are already accessible there. Expect more documentation improvements in future releases. 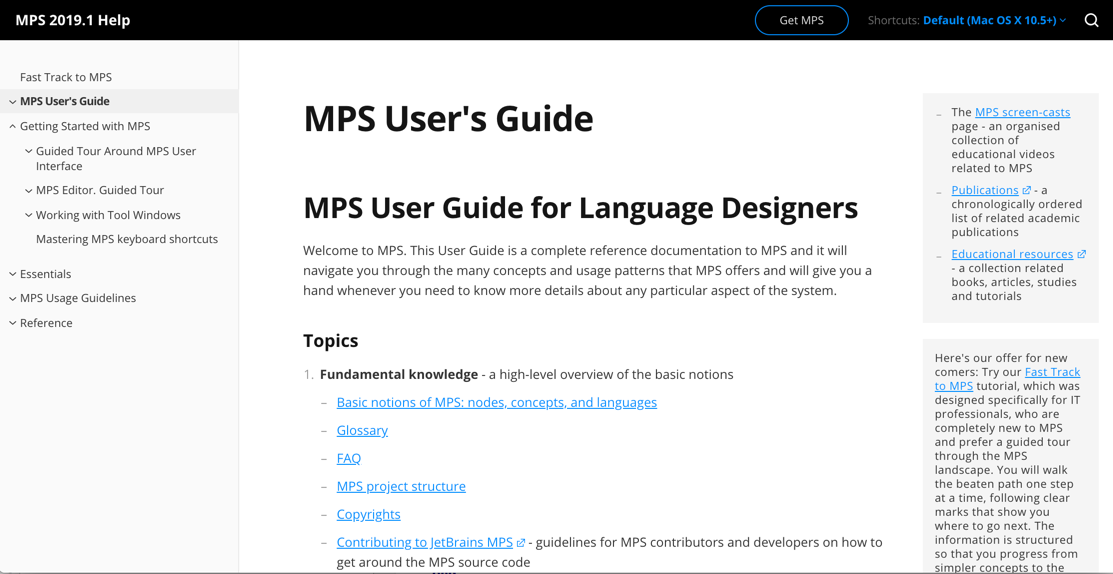 The return type of the method was removed from the MPS node IDs created in Java stub models. From now on, the true method signature defined by the Java language specification is used to identify methods. You don’t have to resave all models, referencing a method from sub model, if the return type was changed in a new version of the library. Automatic migration will resave all MPS models and correct all existing references to stub model methods.

New meaning for the ‘Compile in MPS’ checkbox

If the ‘Compile in MPS’ checkbox in module properties is not selected, this no longer implies there’s a connected IntelliJ IDEA instance to perform code compilation. The checkbox can be understood as “either compile in MPS or do not compile at all”.

Structure aspects now manifest the languages they incorporate by aggregation (i.e. using a foreign concept in a child role). It’s no longer necessary to import such languages explicitly into a model that uses an aggregated language will be automatically used while editing.

We have also fixed a long list of bugs to make the product stable. It’s always good to hear from you, so feel free to report issues or feedback on our tracker.

Completion Menu Jetbrains MPS Newsletter
Handle deprecated code in your projectThe first bugfix of 2019.1 is here! Time for an update!
Comments below can no longer be edited.

The new bug fix for MPS 2020.3.1 is here, and it comes with a special bonus for all Apple fans. You can now use MPS on Macs that have an M1 chip. To get started, download the installer for JetBrains MPS for Apple Silicon here or from the Toolbox App (in the Available for Apple M1 section). For the rest of the installers you can use our Download page. This bug fix also addresses a number of issues