PhpStorm 2017.1 brings some improvements to the auto-importing of namespaced constructs during your coding; let’s take a look at them.

When you’re using code completion to pick a globally namespaced class, function, or constant, previously PhpStorm would have prefixed the namespace with a `\\` to indicate it was global. In PhpStorm 2017.1, however, you have the option to automatically add these constructs to the imported constructs using the `use` keyword. This is particularly useful if you are writing legacy code from pre-PHP 5.3 which is not namespaced. You can turn this setting on using the Editor | General | Auto Import | PHP | Enable auto-import from the global space option. 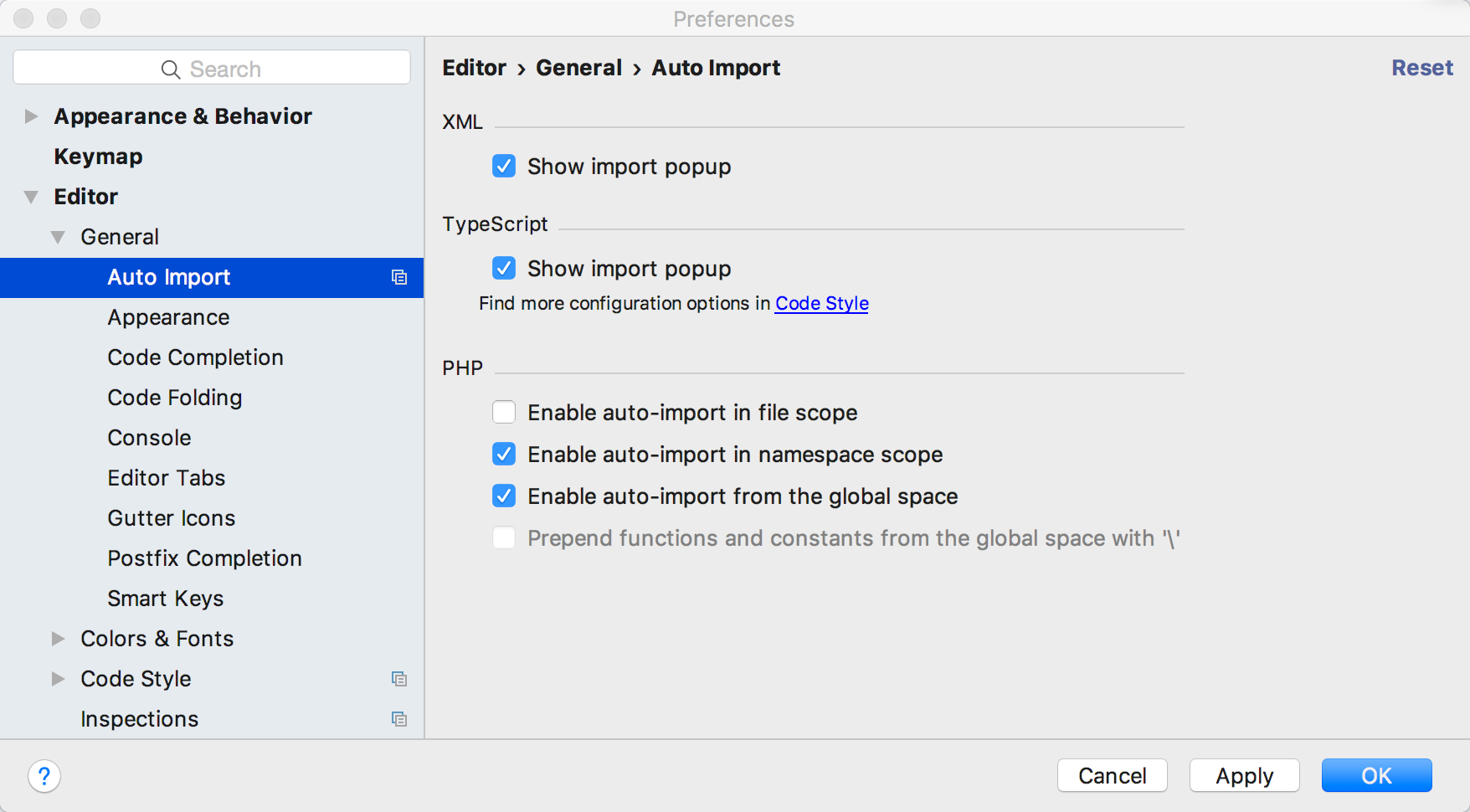 This has the added bonus of making your code slightly faster (as you can see from a blog post – Optimizing PHP performance by using fully-qualified function calls.

There have also been some general improvements around imports:

We hope this makes life easier for you, let us know what your think.