Historically, all libraries used for building IntelliJ have been stored, as JAR files, directly in the IntelliJ git repositories. This approach has several downsides, such as increasing the size of the git repo whenever we need to update to a new version. Also, who wants to manually manage dependencies and versions these days? We’ve recently made some changes to try and improve this situation.

Ideally, moving the IntellIJ IDEA project to a modern dependency management system such as Gradle would allow us to solve these problems. Unfortunately, the IntelliJ project is very large, and right now, there are performance issues when synchronising a Gradle project of that size with IntelliJ’s project model. This is something we’re working on with the folks from Gradle, and hope to make this happen at some point in the future.

In the meantime, we’re taking small steps, and have started migrating our libraries to be Maven project libraries. This is a feature that IntelliJ has had for a while, and we improved it in IntelliJ 2017.2. 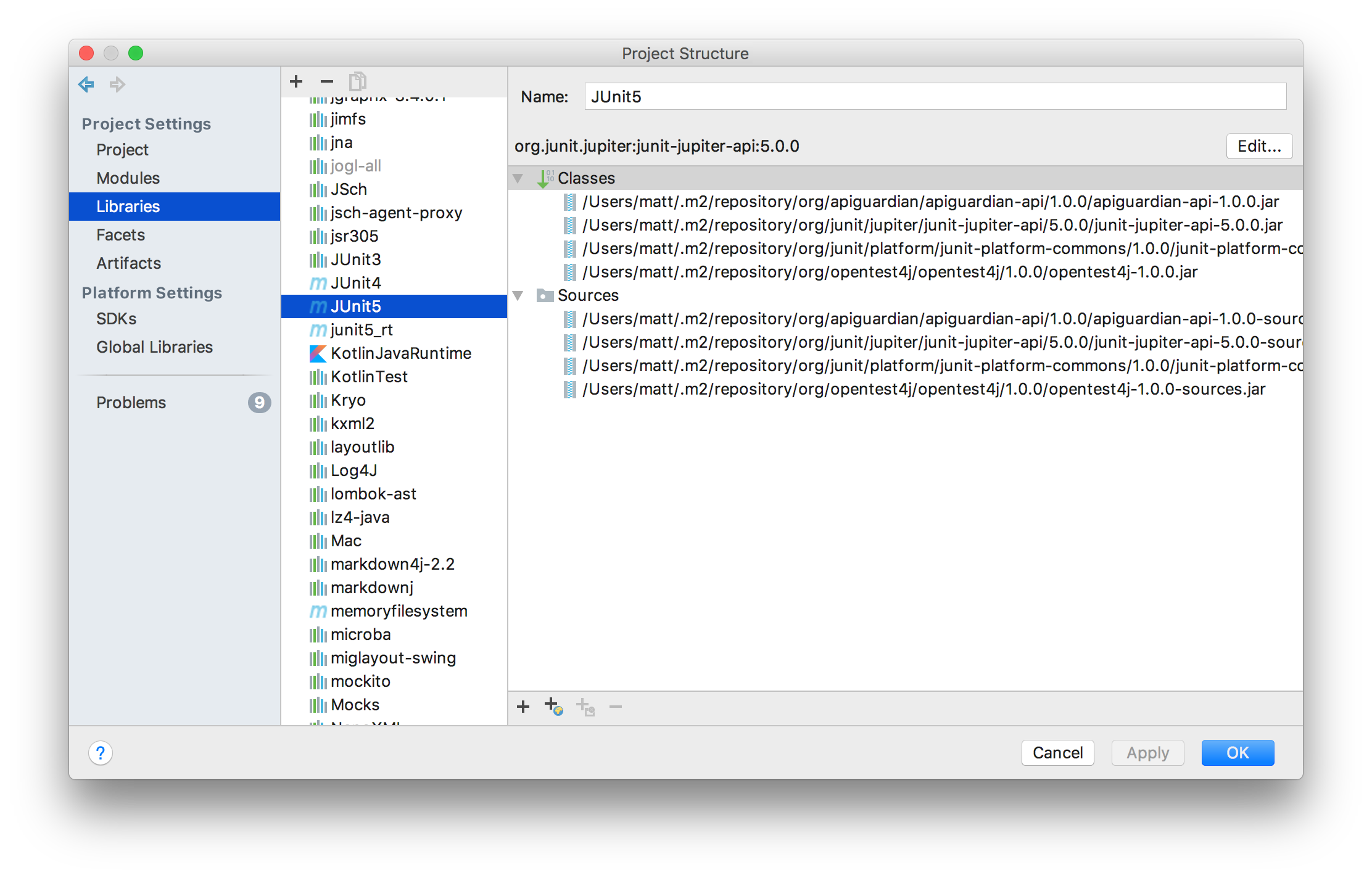 Instead of storing the JAR files as part of the source tree, we can now simply store the Maven coordinates of the dependency, and IntelliJ will automatically download any JARs and source zips when you open or build the project. As part of the updates for IntelliJ 2017.2, the build scripts for IntelliJ-based products are also aware of repository libraries and will also download the JAR files if necessary.

The master branch of the IntelliJ IDEA Community Edition sources already has some repository libraries. We’re going to use this approach for any new libraries we add, and we’ll be gradually migrating existing libraries over time. Please make sure you’re using IntelliJ 2017.2.1 or newer to work with the IntelliJ sources, as stated in the README.

The fourth episode of the Busy Plugin Developers series is available on JetBrains TV. In this webinar, our guest speaker Dmitry Kandalov demonstrates how to add IDE features at runtime with the help of LivePlugin. If you prefer reading over watching, here’s a quick summary. https://www.youtube.com/watch?v=pgGg-IwUQYM Extendending IDEs without implementing a plugin In some cases, if you

Guest Post: 5 Things You Should Know Before Coding an IntelliJ Platform Plugin

This is a guest blog post by Jules Faucherre, Software Engineer at Ponicode.

Removing log4j from the IntelliJ Platform

As you no doubt know, several major vulnerabilities have been recently discovered in the version 2 of the log4j library. As we have previously announced, the IDEs based on the IntelliJ Platform are not affected by this vulnerability, because they use a patched version of log4j 1.2 with all network-related code removed. Versions 1 and 2 of the log4j library are two completely different codebases wi