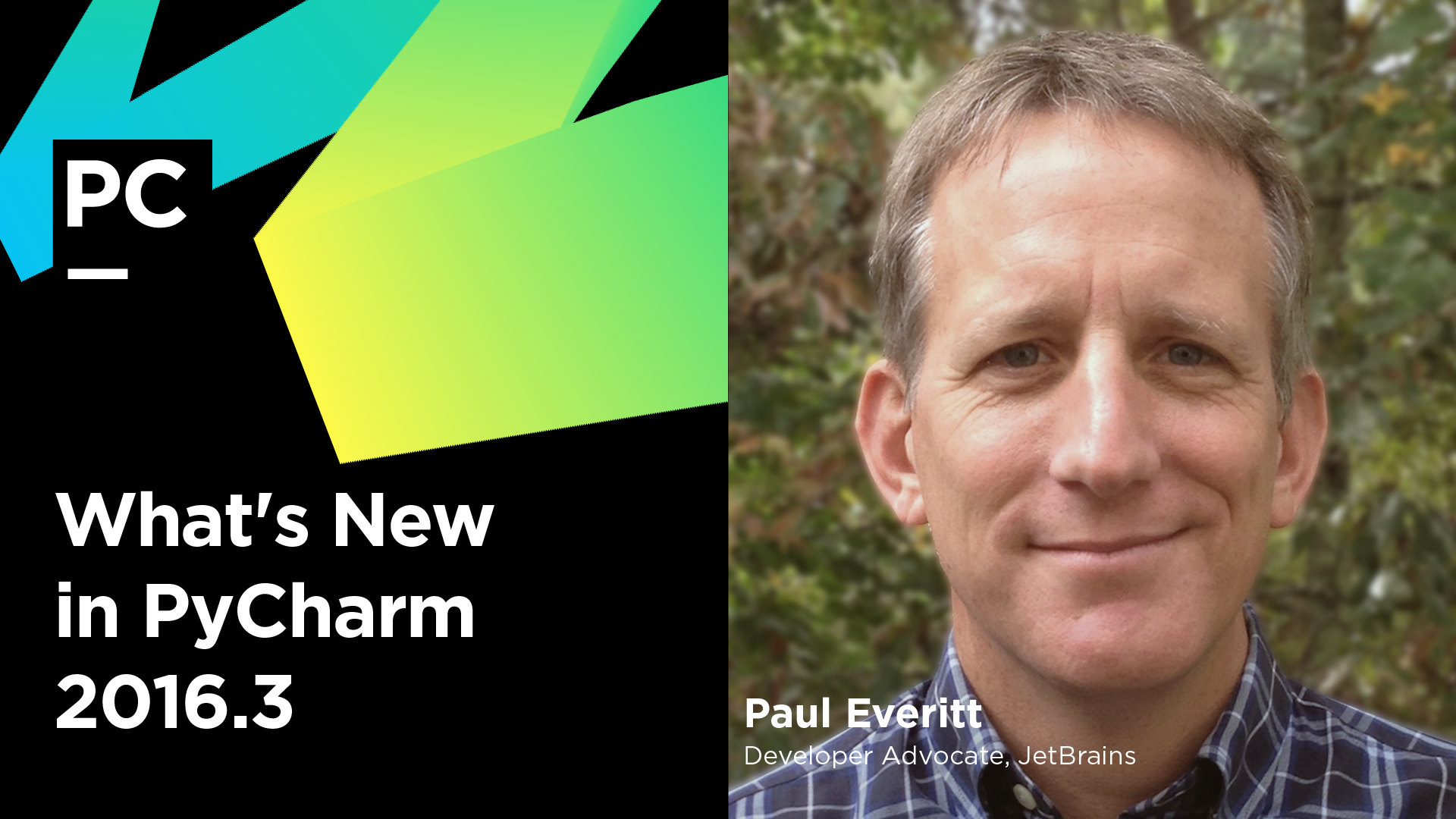 PyCharm 2016.3 is the third update in the 2016 series of releases. During this webinar, Paul Everitt gives a quick overview of the new features and improvements, including:

Register for the webinar and then join us as we demonstrate many of the new features and take questions live.

To follow updates on this release, please visit the 2016.3 landing page.

Paul Everitt is the PyCharm Developer Advocate at JetBrains. Before that, Paul was a co-founder of Agendaless Consulting and a co-founder of Zope Corporation, taking the first open source application server through $14M of funding. Paul has bootstrapped both the PSF and the Python Software Foundation. Prior to that, Paul was an officer in the US Navy, starting in Python and launching www.navy.mil in 1993.

Are you ready to power up your Python skills? The Python programming language has more than 200 modules in its standard library. In this tutorial, you will learn about functools, a module that is tailor-made for acting on or returning other modules. You will learn about how to use functools decorators effectively, caching, function overloading and more!