Python’s tox project is a critical tool for quality software production. Most of our users and customers know about it, but haven’t made the time to learn it.

This webinar’s for you. Oliver Bestwalter is one of the maintainers of tox, and as he discussed in a recent Test and Code interview, has many ideas on how to automate the build/release process. 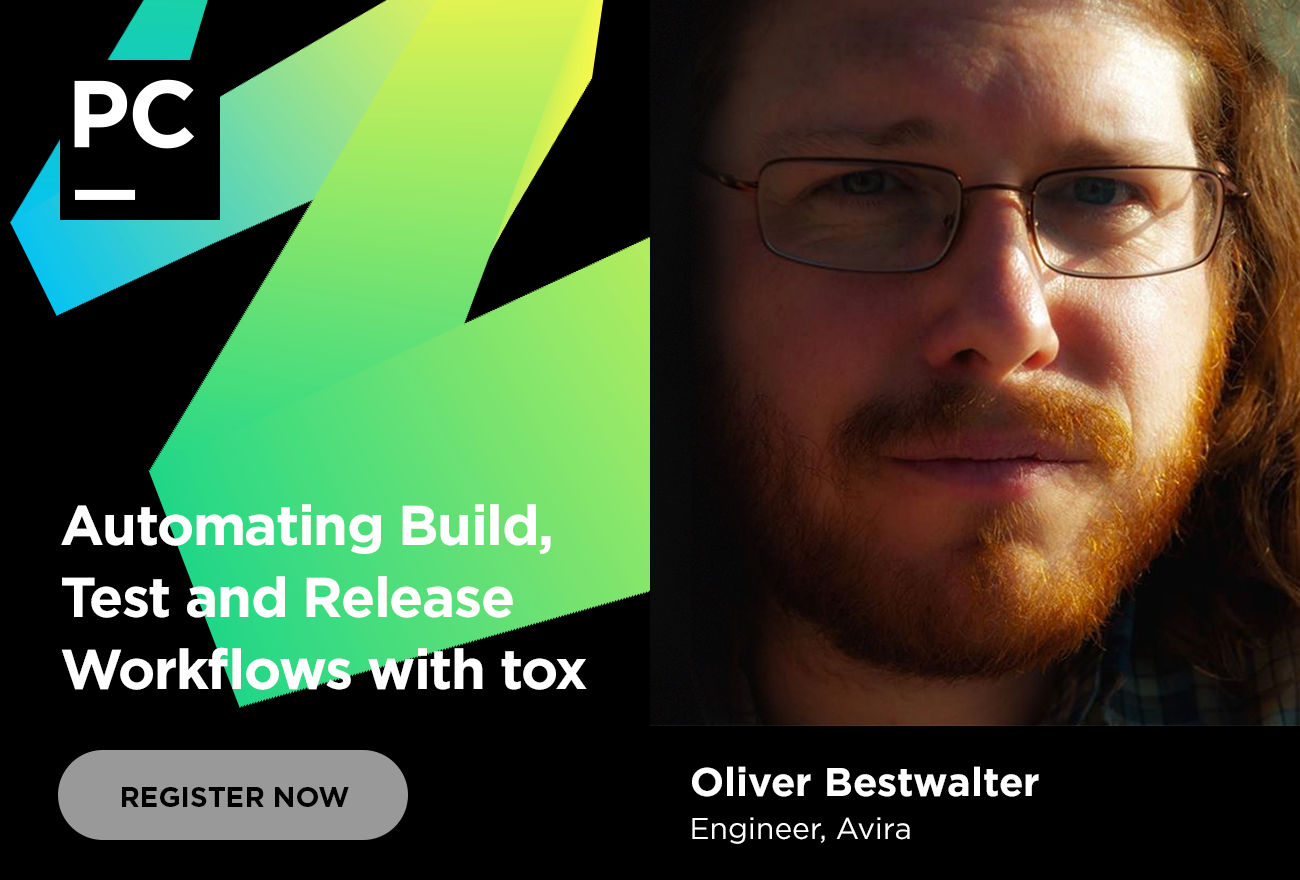 We will look at what is necessary to automate all important workflows involved in building, testing and releasing software using tox.

We’ll cover how to use tox to …

All this can be run and debugged locally from the command line or programmatically.

These building blocks can then form a complete build, test and release pipeline to be run on CI systems like Travis-CI, Gitlab, Jenkins, Teamcity, etc.

If time permits, we’ll also look at how projects like tox and pytest are automating their own processes.

Oliver is an engineer at Avira who fell in love with open source in the 1990s and with Python in 2006. He creates and helps to maintain test and automation tools helping developers and companies to produce better software more effectively.

Since 2011 he has been a Software Developer at Avira, helping a diverse range of product teams to improve their build, test and release processes. He strives to be a good open source citizen by helping to maintain and improve projects in the area of testing and automation. As part of this effort he spends 20% of his time at Avira working on open source projects. He also enjoys accompanying others on their journey, helping them to improve their skills, and acts as a coach and mentor at Avira and with the Python Academy. When he gets the chance (and can rustle up the courage) he also talks at conferences and meetups.

In 2016 he joined the tox project and is now one of the maintainers. Since 2017 he has been spending up to 20% of his time at Avira working on tox and other open source projects.

-PyCharm Team-
The Drive to Develop