Fighting Code That Smells
Nobody likes when their code smells. In order to prevent it, a bunch of special tools and approaches have been designed. Efficient coding tools, refactorings, code metrics, code analysis, code testing and debugging are all crucial for creating quality, maintainable code. 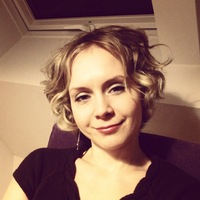 This talk is meant to show how to efficiently detect code problems, eliminate them using refactoring, and validate everything after changes.

About Anna Bulenkova
Anna has been working at JetBrains for nearly 5 years now and during this time she has been involved in the development of our Ruby-on-Rails IDE. Follow her on Twitter at @povergo.

Eating our own dog food. With pleasure!Gem Development with RubyMine
Comments below can no longer be edited.