We’d like to apologize for not making any EAP builds available for the last two weeks. We’ve been polishing one of the major features of the upcoming release –  support of rbenv gemsets, which we wanted to make ready for the Beta. Today we’re happy to announce RubyMine 8 Beta is available to download and try!

RubyMine has supported RVM gemsets for a while, and we’ve been asked to add support for rbenv gemsets as well for quite a while. Unlike RVM, rbenv doesn’t have native gemset functionality, but thanks to rbenv-gemset plugin using gemsets with rbenv now seems to be quite common.

I’m going to start with creating a new gemset. There are two ways to create a new gemset in RubyMine. First of all you can simply use Terminal as you are used to: 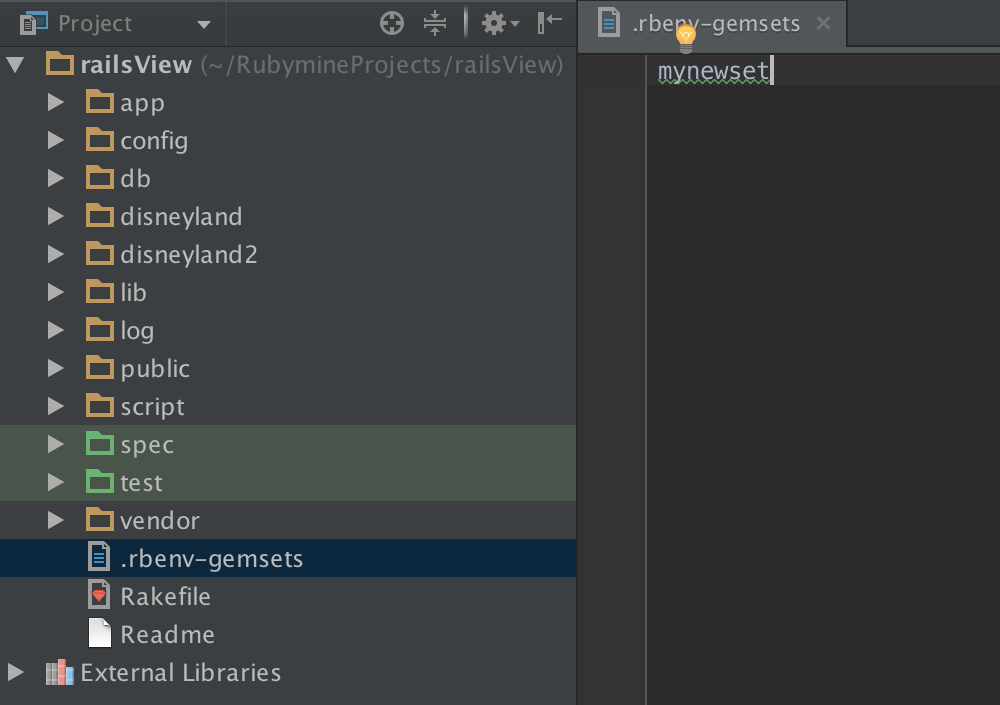 You can always check what gemsets are switched on in your project in Preferences | Languages & Frameworks | Ruby SDK and Gems:

If you want to switch your gemset off or on, please use

Managing gems in a gemset

In my example I want to install ruby-debug-ide (0.6.0) to the gemset I’ve created. So I need to specify a version in my gemfile and run the Bundle install command (Tools | Bundler | Install):

To see the list of gems available for a project, look in the External Libraries directory. Now we have ruby-debug-ide (0.6.0) available here:

Please note that we are still working on the feature and there may be issues, which we ask you to report to our issue tracker so we can polish it for the final release.

The full list of fixed issues can be found in the release notes.

Please take a look at all the new RubyMine 8 features, download and try it from our site.

Hello everyone, Welcome to the third Early Access Program of 2022! As always, we encourage you to try the new features before the official release, and we’re looking forward to your feedback. In this build, we smartened up our existing Rails features and supported some new ones. Let us know what you think in the comments or by selecting Main menu | Help | Submit feedback in your IDE. Here are the highlights of the first 2022.3 EAP build: A new inlay hint for controller actions We've added inlay hints above each controller action with a URL that links to the action. Clicking an inlay hi

RubyMine 2022.2 EAP4 is here! Catch up on all the new features by checking out the previous EAP blog posts. Below you can find the most notable improvements. Support for YARD macros We’re continuing to improve our YARD support. Now RubyMine recognizes YARD macro extensions and provides general coding assistance for them. Use the Go to declaration action on a macro reference to jump to the corresponding macro declaration. In the main menu, go to Navigate | Declaration or Usages or press ⌘ B (macOS) / Ctrl+B (Windows). RubyMine allows you to search for usages of a macro declaration by invoking