Our Early Access Program is coming to an end, and we’re happy to announce that RubyMine 2020.1 Beta 2 is now available! This build mostly polishes the new features for the upcoming v2020.1.

To catch up on what has already been implemented in v2020.1, check out our previous EAP blog posts. In this post, we’ll talk about a couple of improvements that we haven’t previously announced.

Git allows you to edit your project history by performing the interactive rebase action to make it linear, clean, reversible, and meaningful. For example, you might want to reword certain commits, change their order, or squash several into one.

For this purpose, RubyMine provides the Interactively Rebase from Here dialog. In v2020.1 we have reworked it to make it truly interactive. The dialog now allows you to edit, combine, reorder, and remove your previous commits.

To invoke this dialog, go to the Log tab of the Git tool window, select the oldest commit in the series of commits you want to edit, right-click it, and choose Interactively Rebase from Here:

Also, the Version Control tool window is now called the Git tool window, or Subversion/Mercurial/Perforce if you are using any of them instead of Git.

We’ve made several improvements to the Branches popup:

Query results in the editor

You can now see the results of your queries in the editor.

This feature can be turned on and off with a new button on the toolbar or in Settings/Preferences | Database | General | Show output results in the editor.

You can choose how to view the data: as a table, tree, or text. We’ve also added the option to export query results to Excel, in addition to the formats that were previously available.

You can now create Run configurations for running database scripts.

To do so, open the Edit Configurations window, click the + button in the top-left corner and choose Database Script. There, you can set up the configuration, with options to run multiple scripts, reorder them, add new ones, and run other tasks or configurations before launch. 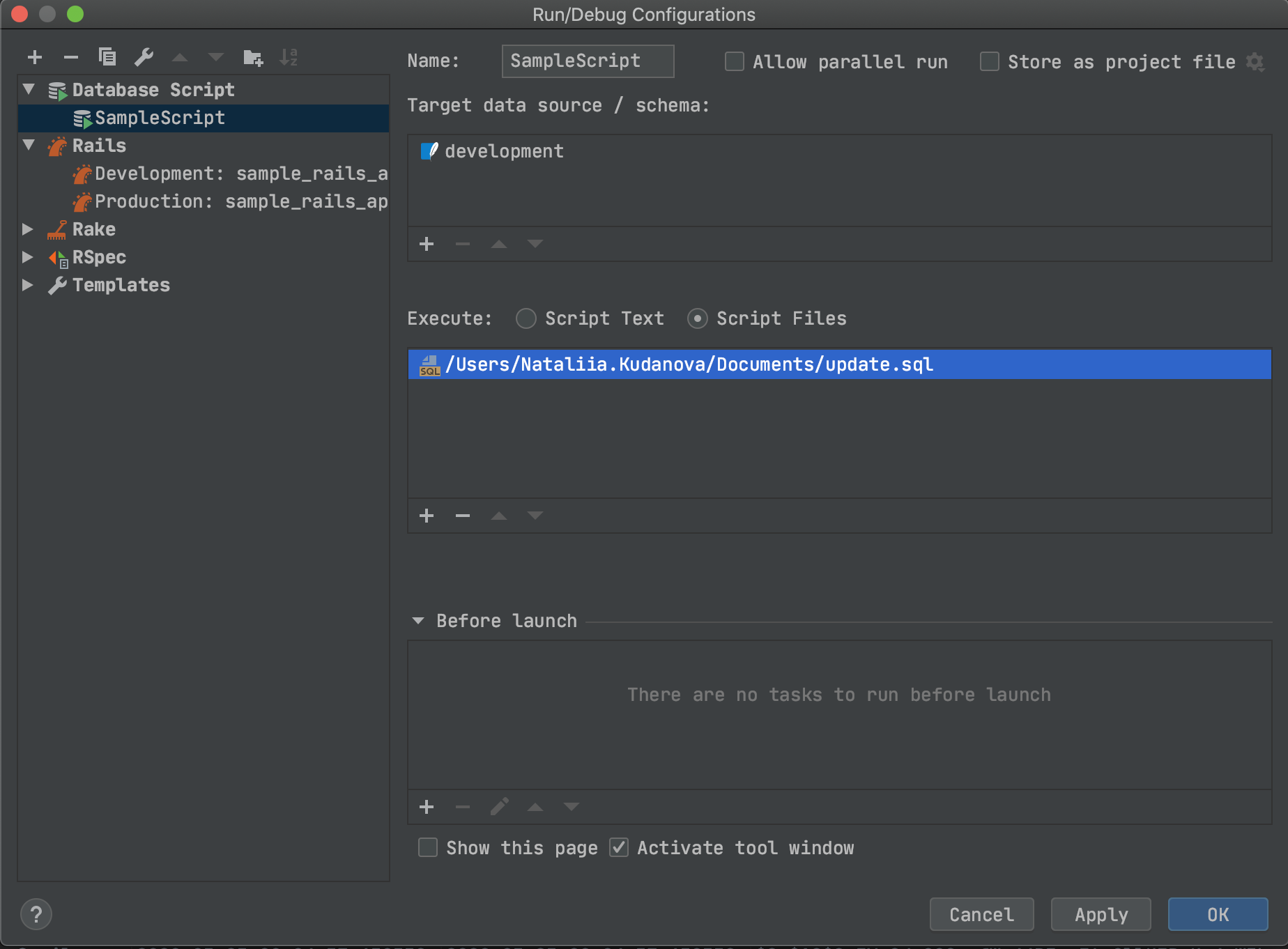 Beta builds are sufficiently more stable than EAP builds, but some issues might still pop up. If you run into any, please report them to our issue tracker.

The RubyMine 2023.1 Early Access Program recently started and EAP2 is already here! You can get the new build from our website or via the free Toolbox App. In this post, we’ll highlight some of the most important updates included in the new EAP version. Rails 7: support for turbo-rails completion Have you upgraded to Rails 7 or plan to do so soon? Starting from this release, you can use RubyMine’s autocomplete functionality for Rails 7turbo-railsmethods, allowing you to write Ruby code faster than ever before. Improved navigation from subject to subject definition in RSpec W