RubyMine 2021.1.3 is now available! You can update using the Toolbox App or right from inside the IDE. You can also download RubyMine 2021.1.3 from our website. Bug-fixes You’ll find the following important fixes in this update: Fixed an issue with syntax highlighting in Ruby heredoc: RUBY-27837. Fixed an issue with Rubocop returning an error: RUBY-28256. Fixed the problems behind several UI freezes: JBR-2755. Fixed the infinite indexing issue: IDEA-266989. Ctrl+Shift+Arrow keys works for text selection as it should: IDEA-267294. Fixed an error that occurred when trying to displa

RubyMine 2021.1.2 is now available!  You can update using the Toolbox App or right from inside the IDE. You can also download RubyMine 2021.1.2 from our website. Bug-fixes You’ll find the following important fixes in this update: Fixed the issue with the IDE freeze on startup: IDEA-266474 Fixed several bugs affecting shortcuts that include the Option key on macOS: JBR-3409 Fixed the issue causing the color scheme to change unexpectedly: IDEA-265169 Chinese characters are now displayed correctly when the Quick Documentation action is invoked: IDEA-268158 Fix

RubyMine 2021.1.1 is now available! You can update using the Toolbox App or right from inside the IDE. You can also download RubyMine 2021.1.1 from our website. New features We’ve added the concept of trusted projects. We have reworked Minitest support. Please refer to our blog post to learn more. Bug-fixes You’ll find the following important fixes in this update: Fixed an issue with the search functionality: IDEA-266391. Fixed an issue with the Tab key used for autocompletion: RUBY-27874. Improved autocompletion for YARD tags: RUBY-27347. Check out the release notes for

We have updated Minitest support in RubyMine 2020.3.4 and 2021.1.1. The new approach resolves the issues that occasionally occurred while running Minitest tests, such as memory leaks or irrelevant test states, and makes the overall functionality more stable. Previously, RubyMine used the minitest-reporters gem, which is no longer used in the reworked Minitest support. To avoid conflicts with the new implementation, this gem should not be used to run tests in RubyMine. Should you encounter any problems, we encourage you to report them to our issue tracker. The new implementation requires minit

RubyMine 2020.3.4 and 2021.1.1 introduce the concept of trusted projects. It is designed to reduce the risks associated with opening projects from unknown or untrusted sources. Check out this blog post to learn more. As you might already know, when you open a project, RubyMine runs various tools like Bundler, rake, and rails generators that use code from the project. Files from untrusted sources (Gemfiles, for instance) could potentially contain malicious code and therefore pose a security risk. To warn you about situations where potentially malicious code will be automatically run by the IDE,

Important: If you are using RubyMine 2020.3.4 or 2020.1.1 (or higher), please refer to the newest blog post. The text below is only relevant to the pre-release versions of 2020.3.4 and 2020.1.1. We have reworked Minitest support in RubyMine 2020.3.4 (preview and RC builds) and 2021.1.1 (preview). The new approach resolves the issues that occasionally occurred while running Minitest tests, such as memory leaks or irrelevant test states, and makes the overall functionality more stable. Previously, RubyMine used the minitest-reporters gem, which the reworked Minitest support no longer uses. To a 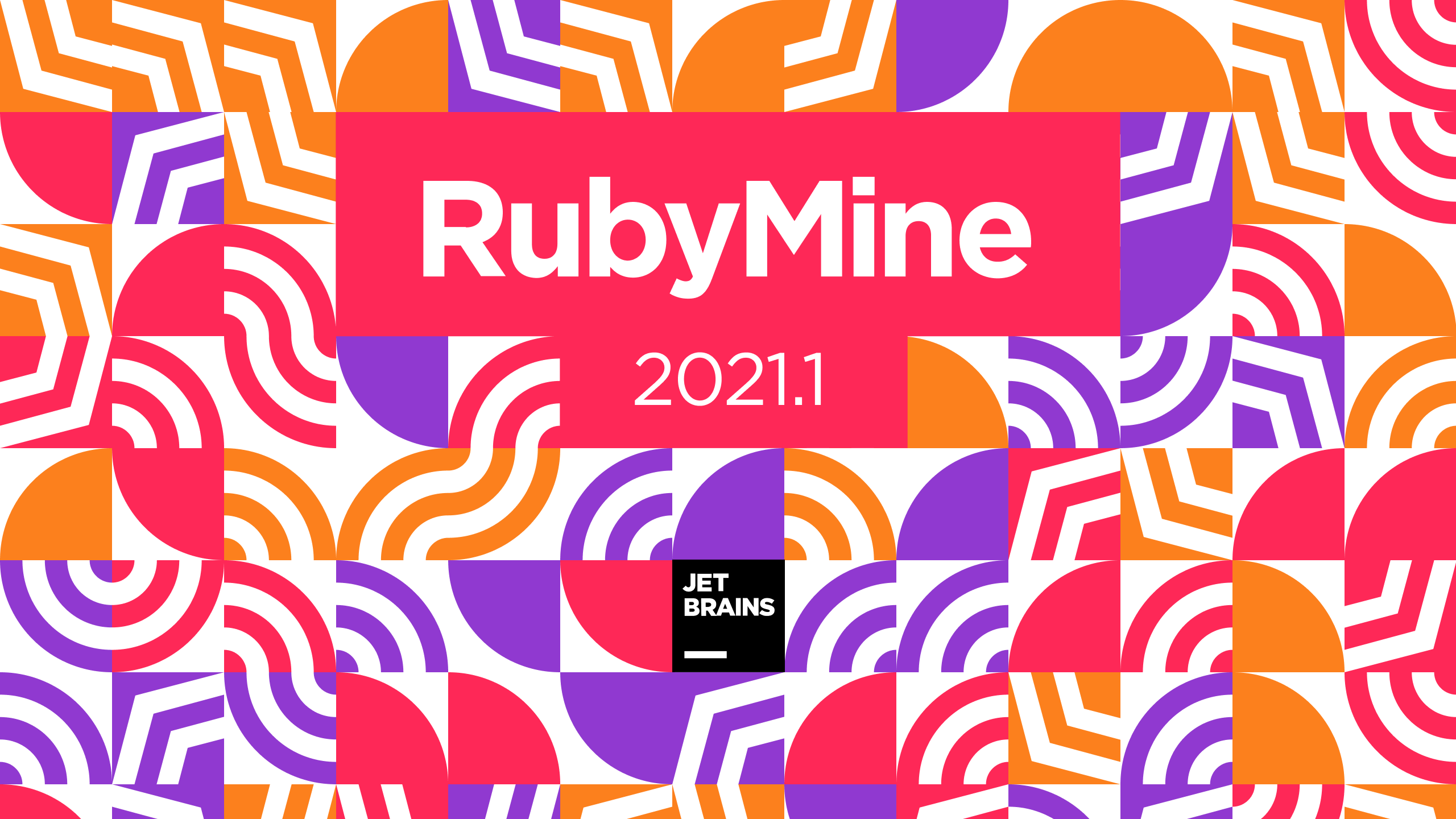 RubyMine 2021.1 is now available! Visit our What’s New page to learn about all the latest features of the first major release of 2021, or check out the biggest highlights below. DOWNLOAD RUBYMINE 2021.1 Ruby 3 RBS support and improved code completion RubyMine 2021.1 now supports RBS and uses .rbs files in its Code Insight. This means code completion is improved for both Ruby’s standard library and user code with RBS definitions. You don’t even have to use Ruby 3.0 in your project. The only requirement is that you include the RBS gem in it. JetBrains Space integration You can now connect Rub 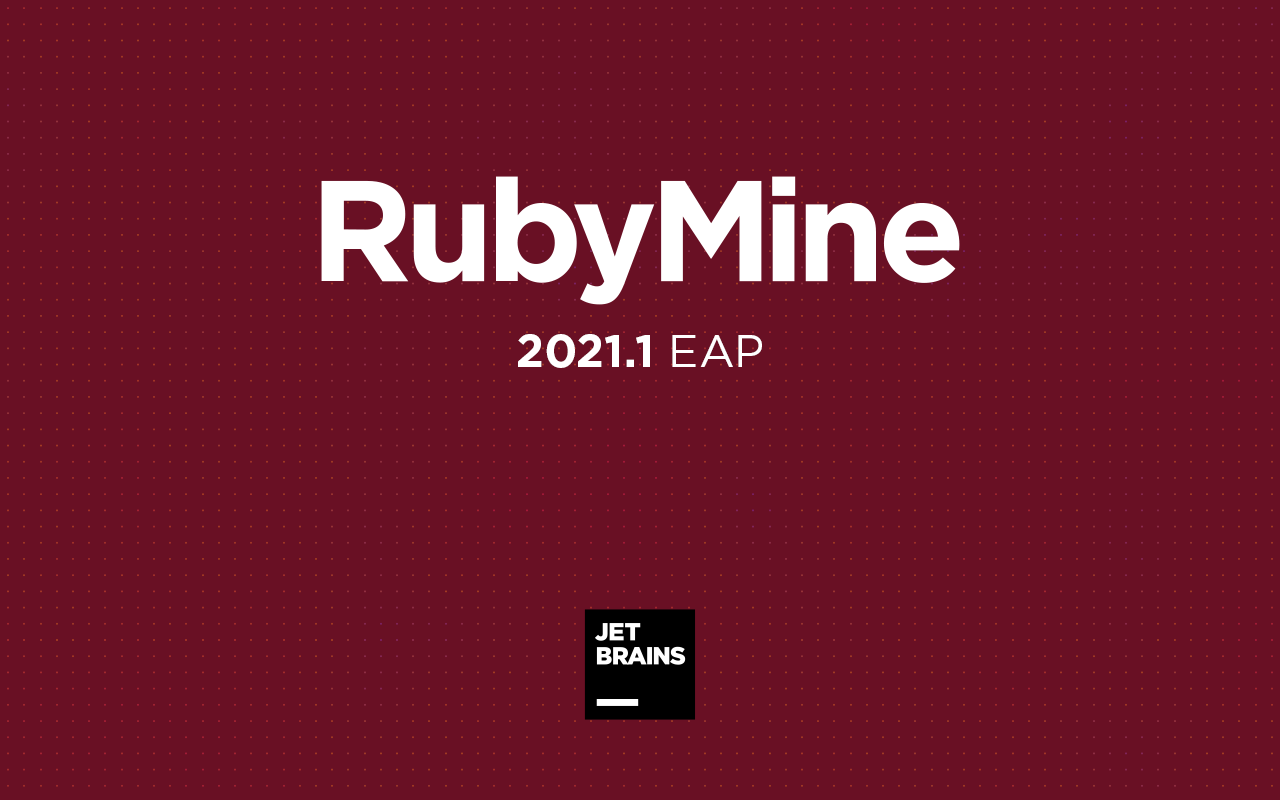 RubyMine 2021.1 Release Candidate is available! Here’s a quick roundup of the most notable new features being introduced in the upcoming 2021.1 release. The links will take you to the EAP posts published over the last few months, which contain detailed descriptions of each feature. Ruby 3 support RubyMine now supports .rbs files and is able to provide more relevant code completion. Collaborative development Code With Me is now bundled with the IDE, allowing you to edit code remotely together with your peers. Space Added integration with JetBrains Space. Tests We’ve added the abil 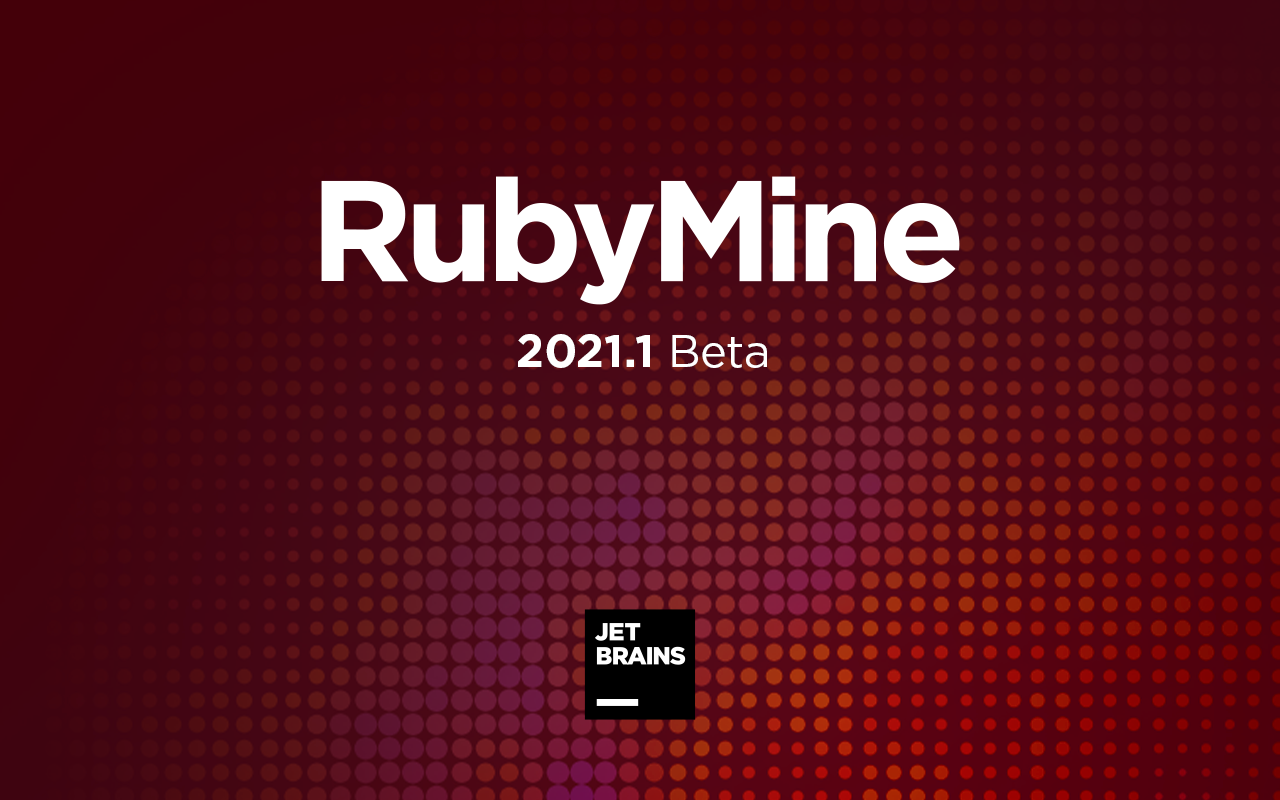 RubyMine 2021.1 Beta 4: Code With Me and Improvements for Docker

Our Early Access Program is coming to an end, and we are happy to announce that RubyMine 2021.1 Beta 4 is now available! While we are finishing things up before the final release, we’d like to tell you a bit more about the new features for collaborative development and Docker: Code With Me Docker Code With Me Code With Me, a new JetBrains service for collaborative development and pair programming, is now bundled with RubyMine. Code With Me allows you to share the project you currently have open in your IDE with others and work on it together in real time. Your guests don’t even need to have

RubyMine 2021.1 Beta 3 is available! In this post, you’ll learn about the features for working with JSON, web technologies, and frameworks. Web and frameworks Improved support for Stylelint Support for CSS modules in Vue Better completion for symbol names in JavaScript Better JSDoc syntax highlighting Suppress JavaScript and TypeScript inspections for specific files UI and UX updates in HTTP Client Configurable scope for ESLint JSONPath support Web and frameworks Improved support for Stylelint RubyMine 2021.1 will come with a couple of improvements to make it easier to insp

RubyMine 2021.1 Beta has been updated! In this post, you’ll learn about the new features for VCS support: Pull request improvements Configure a profile for pre-commit inspections Support for Git commit message templates Save to shelf Pull request improvements We’ve made several improvements to the pull request process, making it more efficient. To create a new PR, click on the + icon or go to Git | GitHub | Create Pull Request. The IDE will open a form in the Pull Requests view, prompting you to provide the details. When creating a new pull request, you can select the desired branches from a

RubyMine 2021.1 reaches Beta! This build introduces new features for Ruby 3 and tests: RBS support and better code completion Run multiple tests in a run configuration Important! RubyMine EAP builds are not fully tested and might be unstable. DOWNLOAD RUBYMINE 2021.1 BETA 1 RBS support and better code completion We continue to implement support for Ruby 3. While RubyMine 2020.3 introduced basic support for the new Ruby 3 syntax, for the upcoming 2021.1 version we are focusing on supporting RBS. First of all, RubyMine 2021.1 will use .rbs files in its Code Insight. This means improved cod