“A good day is when there’s some tangible result at the end when you’ve completed a task or a part of it”: An interview with Olga Berdnikova, a UI/UX designer at JetBrains. One rule for a good interview is: ask the questions you're interested in. Anna Gasparyan, the Team Lead for the IntelliJ IDEA Technical Writing team, asked Olga Berdnikova about everything she wanted to know about UX design and the specifics of the job. Olga Berdnikova, UI/UX designer at JetBrains First of all, let’s sort out the terminology. I’m talking about the roles of a UX architect and a UI designer. As I see
Posted on April 16, 2019 by Robert Demmer

Crafting tools and making them better is human nature. JetBrains has built its business on this tradition, by creating tools which developers love using daily and which automate the routine parts of their jobs. Almost 2 years ago, we shared a story of how we create artwork at JetBrains, along with a cool and geeky tool you could play with to create your own JetBrains-styled art. Today we want to reveal the progress we’ve made in advancing our generative approach to creating artwork, and give everyone a new version of the tool! We’ve kept at it since 2017 and our techniques have gotten be
Posted on December 11, 2018 by Eugene Toporov

One of the main goals of all the products we create at JetBrains is to increase our productivity as developers. And we’re ready to go the extra mile to achieve this. This year IntelliJ IDEA turned 18. Through all these years, the IDE has got lots of nice features, and for many of them, dedicated icons were added. As a result, there are colorful icons all over the interface. Main toolbar in IntelliJ IDEA 2017.3. Almost all icons have at least two colors and complex shapes. Such abundance of color and detail distracts from the main purpose of the IDE – working with code efficiently. To help m
Posted on June 26, 2018 by Alina Mishina

The Art of Code, Visualized

Update: Read the update from 2018 about our approach to creating product artwork. Most of us who write code treat it as something special, more than just a bunch of characters stored in files. A lot of experience, thought and trial and error is put into it. For many, coding is creating and the code is their art. Some believe software development is rather art than science. And while we can't settle the discussion, we can certainly try and bring some art to science! Back in 2015 while working on our rebranding, the agency we were working with pitched the idea of trying code-generated art.
Posted on February 8, 2017 by Eugene Toporov

Type systems... We all know they are cool. In a static language, like Kotlin, the type system is the one responsible for early detection of errors. Many tools (e.g. an IDE with its refactoring abilities) also rely on the type system. We also know that type systems are hard: many computer scientists built their entire careers studying type systems. Yet we know rather little about type systems of main-stream languages. (more…)
Posted on June 26, 2013 by Andrey Breslav

Kotlin is designed so that there's no such thing as a "static member" in a class. If you have a function in a class, it can only be called on instances of this class. If you need something that is not attached to an instance of any class, you define it in a package, outside any class (we call it package-level functions): package foo fun bar() {} But sometimes you need static constants in your class: for example, to comply with requirements of some framework or to use serialization. How do you do this in Kotlin? (more…)
Posted on June 24, 2013 by Andrey Breslav 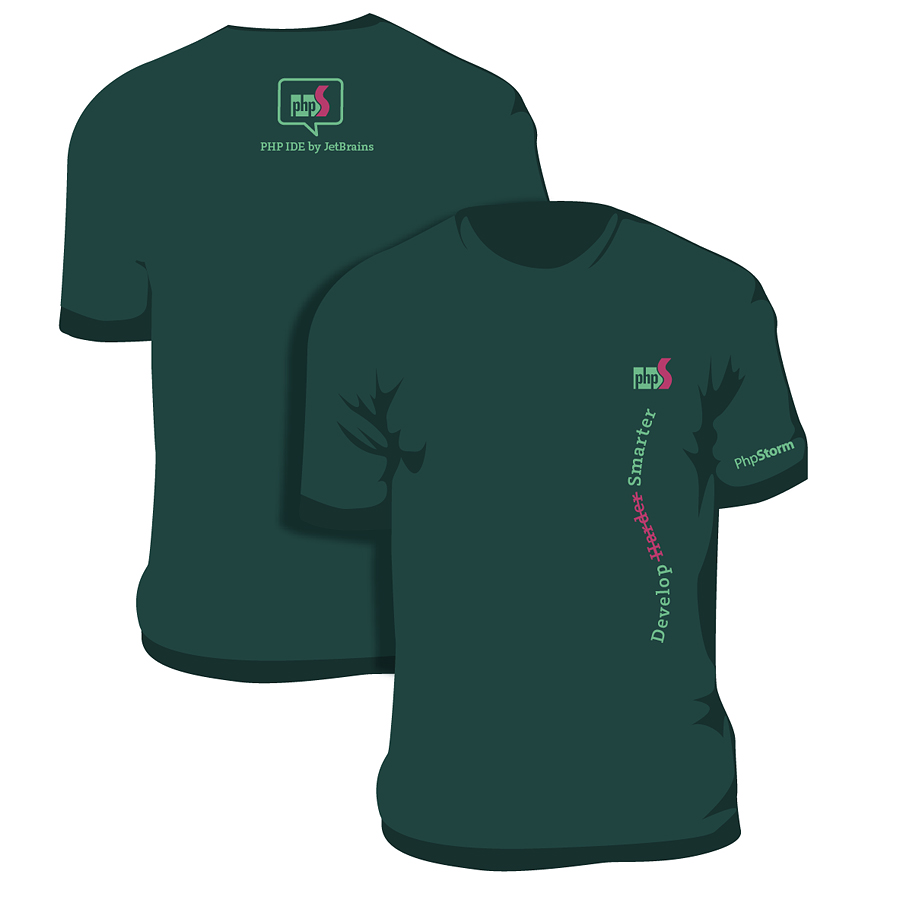 Hey! We’re calling for all members of our Community, especially PhpStorm users to help us choose the best T-shirt design for the IDE. T-shirts that get the most votes will soon appear in our Apparel Store. You will be able to get them on conferences as well :). Enough talking - please look at these design options and choose the best! Thank you! Follow @PhpStorm and we'll let you know when the new PhpStorm T-shirts are available in the Store. Develop with pleasure! ~JetBrains Team
Posted on April 4, 2013 by Maria Sokolova

In Kotlin M5 we have redesigned our ranges a little bit. (more…)
Posted on February 6, 2013 by Evgeny Gerashchenko

How do you traverse a map?

It's been a while since I blogged last time on Kotlin M2. Now, the hot summer has passed, and M3 will be out very soon. In this post I describe two small features added in M3 that make our lives easier and will lead to simplification of the language. How do you traverse a map? Assume you have a map like this: val counts: Map<User, Int> = database.howManyDocumentsEachUserHas() What do you do to traverse it and handle each entry? (more…)
Posted on September 13, 2012 by Andrey Breslav

As the first public preview of Kotlin is approaching (it will be announced on Jan 10th, 2012, which is less than a week from now!), we are putting some things in order... In particular, we have reviewed syntactic forms available in the language, and decided to change a few. These changes are incompatible with the old syntax, and we have migrated all our test data, and will update the publicly available documentation soon. I would like to point out that this is not the last change of this sort. Kotlin is not released yet, and until it is we are constantly gathering feedback and sometimes find
Posted on January 4, 2012 by Andrey Breslav

A little lesson learned from Java

A post about good books, language design and JIT compilation, in which one bug turns into another and than back... Recently I started looking through an excellent book "Java™ Puzzlers", where Joshua Bloch and Neal Gafter provide a list of Java's "Traps, Pitfalls, and Corner Cases", i.e. programs that make you think they do what they really don't. My idea is to see how many of the puzzlers are ruled out or fixed by Kotlin. I've looked through the first 24 items, and 15 of them are fixed in Kotlin, which is over 60%. Some of the puzzlers can't be fixed without severe implications on compatibi
Posted on November 13, 2011 by Andrey Breslav

DSLs in Kotlin: Part 1. What’s in the toolbox + Builders

If you have a very nice API, it is the fashion nowadays to call it an internal DSL, because the code that uses such an API reads almost like a language inside your language of choice. Fluent interfaces serve as one of the most popular examples. Many modern languages provide some advanced means for creating internal DSLs, and Kotlin is no exception here. In this post I will briefly list the features that are useful for this purpose. (more…)
Posted on October 4, 2011 by Andrey Breslav
Load more