The Power of Meta-Runner – Custom runners with ease

TeamCity comes with a series of Runners out of the box which offer support for different functionalities such as MSBuild, Ant, Code Inspections, Gradle support, etc. In addition to these, there are a variety of runners that are supported via plugins, from FTP uploads to Grails and other things. 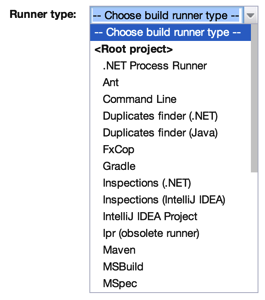 What happens when you want to perform some operation that is not supported via a runner? We could use the Command Line runner or build or own plugin. Each have their own benefits and disadvantages. The first one is quite straightforward, but the second offers more flexibility and a better user experience. TeamCity 8 introduced a third option: Meta-Runners.

The following video demonstrates creation of a Meta-Runner:

Voilà! With just some clicks, we’ve created a new runner that we can re-use in other projects and build configurations.

Guessing some of the questions that might come up, let’s try and address them:

1. Do I need a script file to create Meta-Runners?

No. You can base a Meta-Runner off of any existing runner. The UI is defined by the Build Parameters you create. It is important to note however that anything the Meta-Runner uses (for example a specific runtime or executable) should be available on the agent. One way of doing this is adding a step in the build process to prepare the environment, downloading any external dependencies. The Meta-Runner Power Pack contains an example Meta-Runner which uses Ant to download a file from a given URL.

2. Do Meta-Runners belong to the Root Project or a specific Project?

They are located on a new tab under the Project Settings.

4. Are there any limitations?

5. Sounds cool, but which Meta-Runners can I build?

Anything, really. Whenever it feels you’re duplicating build steps across build configurations, they are perfect candidates to extract a Meta-Runner. We already have some Meta-Runners that can be used in the Meta-Runner Power Pack. Feel free to contribute yours if they may be of use for others!

Try this and the other TeamCity 8 features and give us some feedback through the comments below!