So here it comes – after half a year and over 500 fixes since version 9.0 was released, despite being a minor version, TeamCity 9.1 brings you major improvements!

The new build is coming out with significantly enhanced capabilities to store the project settings in the VCS: now the settings in your build can be different from those currently on the TeamCity server, which means that you can:

As with every release, we were busy with UI improvements, and one of the most noticeable is probably ANSI-coloring support in our build log, which presents endless possibilities for those with artistic aptitude: 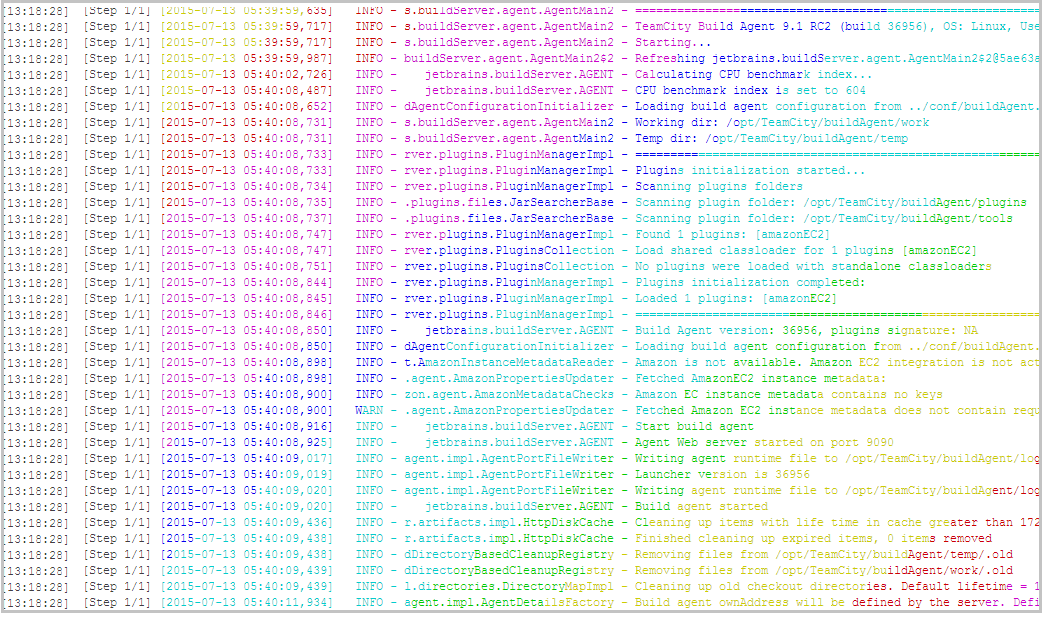 For the full list of new features and fixes see our What’s New on the product web site and our documentation.

TeamCity 9.1 RC is out todayTeamCity 9.1.1 to the rescue!
Comments below can no longer be edited.