(This post was originally published on the JetBrains Company Blog on August 7, 2014) 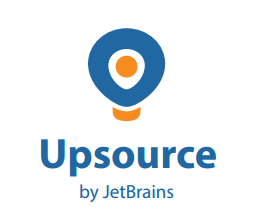 It’s been almost a year since we first announced that we were working on a new web-based platform for viewing and exploring source code.

Fast forward a year of effort by a dozen developers, and here we are, announcing the launch of the very first Early Access Program for JetBrains Upsource: a new on-premises team tool that allows you to browse your source code repositories, share, discuss and review code.

Here are some of the things you can do with JetBrains Upsource:

For a visual summary of what Upsource is like, see this 10-minute introductory video by the ubiquitous Hadi Hariri:

If you’re interested in Upsource, here’s what you can do:

As usual, being a part of an Early Access Program provides an extra opportunity for you to get in touch with the team and work closely with JetBrains to shape how Upsource develops on the way to its first general release. Granted, EAP builds will most probably have some rough edges but we’ll do our best to help you out and listen to your input.

Of course, Upsource is being actively dogfooded here at JetBrains. Our internal Upsource installation currently integrates 56 source code repositories hosted both internally and externally, and this includes IntelliJ IDEA Community Edition, one of the largest public GitHub projects. This means you’re going to be in good company during the Early Access Program!

We expect this EAP to last for a few months and we’re aiming for a final Upsource 1.0 release before end of this year. Things that we’re definitely going to do before we release include an IntelliJ IDEA code review plug-in, integration with JetBrains TeamCity, as well as easy export and import of data. For details, please see Upsource 1.0 Roadmap.

Hi everybody! We hope you had a chance to play around with the first Early Access build for the upcoming Upsource 2.5. Now, hold on to your hats, we've got one more build for you today with even more goodness in it! Redesigned Review Page Some of you have pointed out that it was hard to use Upsource for reviewing large commits. While we believe it is generally a good practice to keep commits small, we still understand that every once in a while large commits are bound to happen. To address the performance issues we would like to replace a long scrollable list of all the changes with a
October 27, 2015 by Maria Khalusova

It has been slightly more than a year since the first ever Early Access Upsource build has seen the light. A lot has changed since then, two major releases came out, many new features were introduced, and our up-and-coming code review tool has significantly matured. And we are devoted to keep making it better, faster, and, of course, smarter! Today we are opening the Early Access Program for the next major version - Upsource 2.5, which is planned to be made available within this year. Here's what we have for you so far. Enhanced Email Notifications We no longer send emails as soon as some
September 30, 2015 by Maria Khalusova
Subscribe