We are glad to announce that AppCode 3.3.3 update is available for download. If using AppCode 3.3.2 you will get an automatic update notification in the IDE. 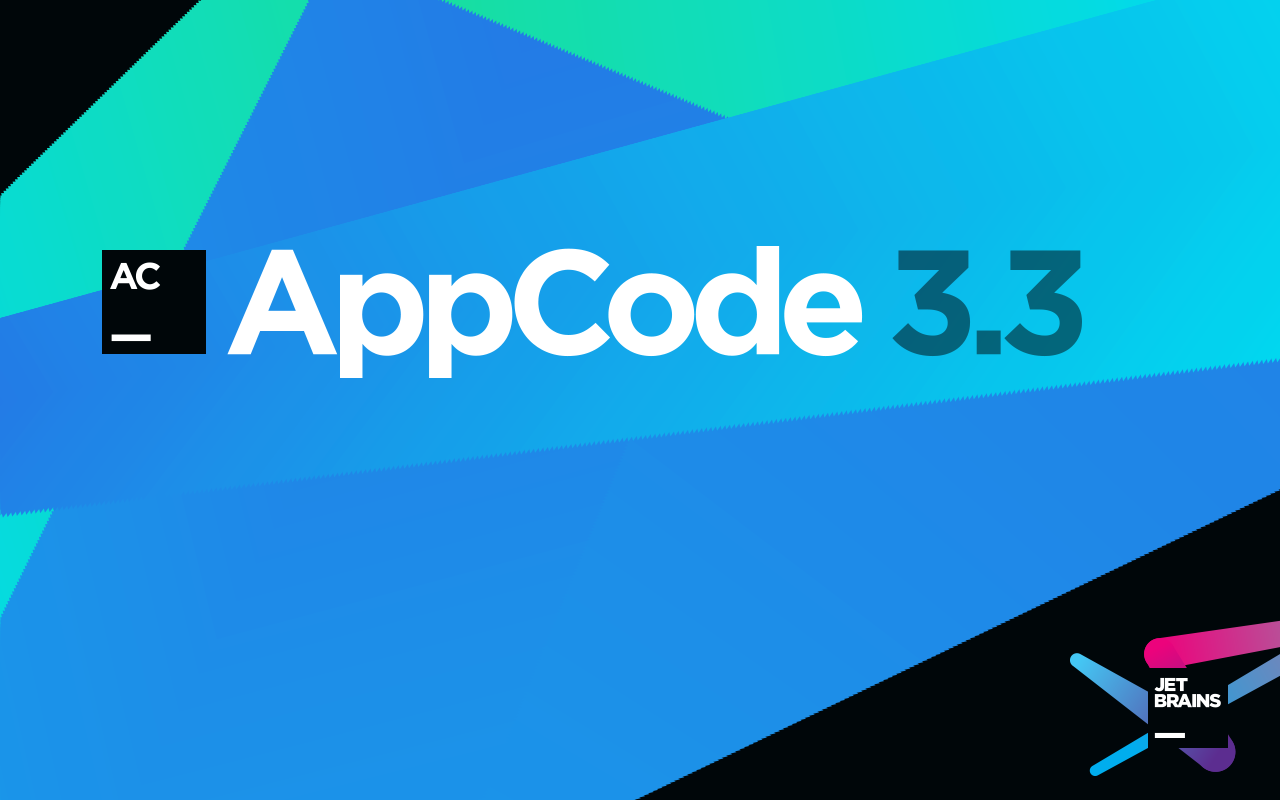 Let’s take a quick look at the features and improvements added in this update.

Benefit from parsing, completion and resolve support for protocol extensions in Swift. 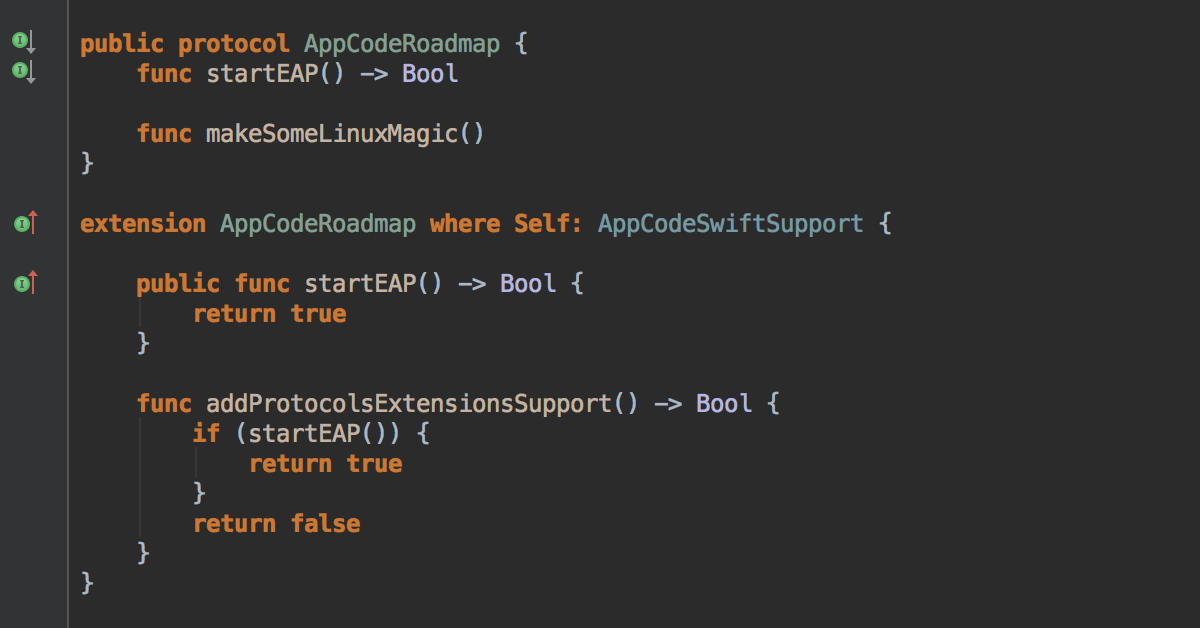 Use the Implement methods… action (^I) inside an extension clause to generate the implementation for protocol methods and navigate instantly between method definition in protocol and its implementation in extension using icons on the left gutter:

View Swift collection elements in a convenient way with all irrelevant attributes skipped, both in the Variables view and the editor (in case the inline variables view is enabled), even for complex CollectionType subclasses such as FlattenCollection: 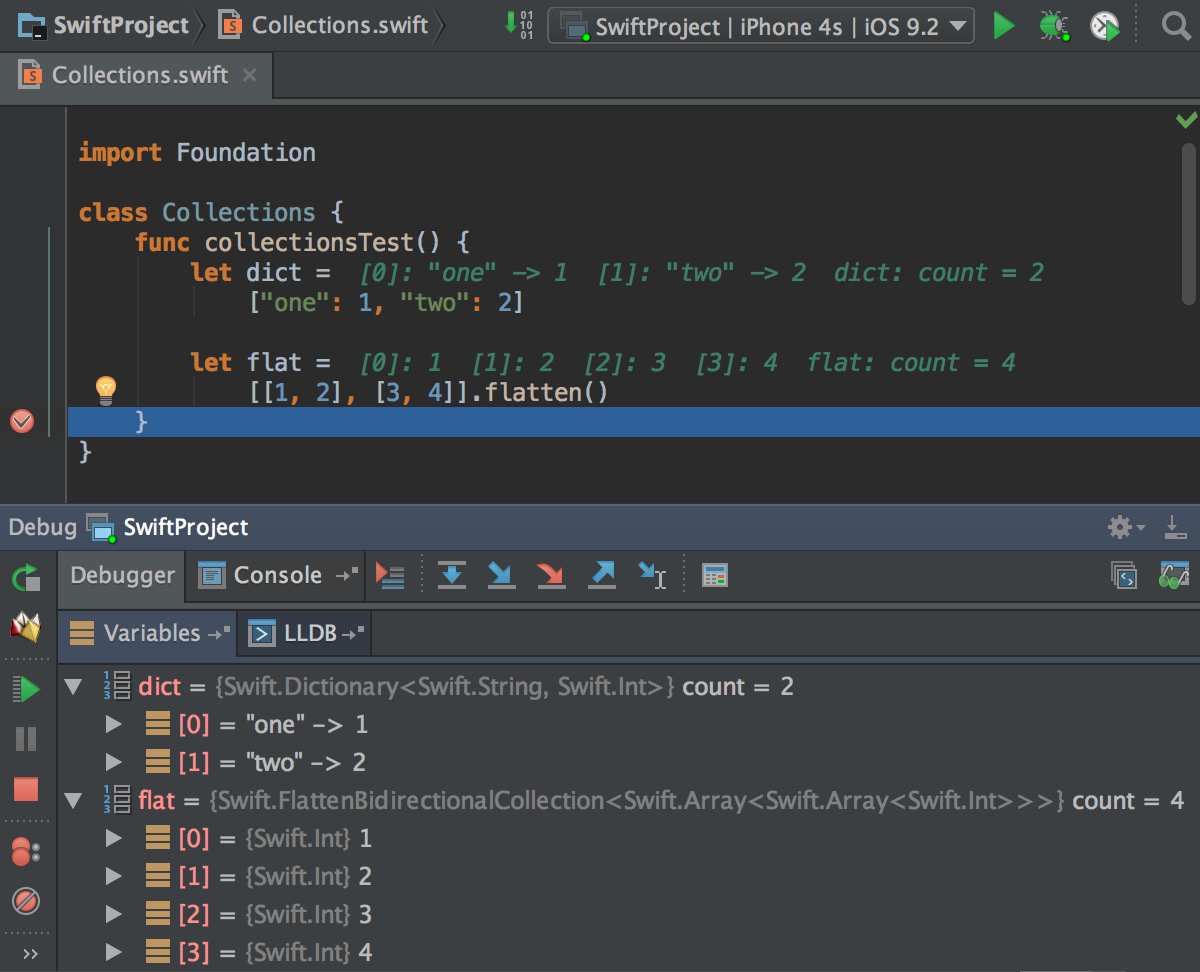 Use Set value for Swift array elements and type properties to change a value while debugging your application:

Try statement incorrectly placed on the right hand of a binary operator? Use the Move ‘try’ to left quick-fix:

While general support for Apple tvOS simulators was introduced in AppCode 3.3.2, there were important issues that prevented tvOS apps from running on Apple TV devices (OC-12845) and did not allow running tvOS framework tests on the Apple TV simulator (OC-12614). These issues are fixed in update 3.3.3. In addition, tvOS and watchOS SDK are now visible in the Base SDK drop-down on the Project Settings pane.

One of the most frequently reported issues has been the performance of the Processing Swift modules… phase, which took too long while opening the first project, even for small projects. We’ve improved the mechanism for loading standard Swift frameworks, and starting from this update the performance of this particular indexing phase should become significantly better if you are using Xcode 6.4/7.0.1/7.1.1/7.2.x, as pre-built caches for standard Swift frameworks are bundled with the AppCode installer. In the future, caches for upcoming Xcode versions will be included as well.

Please note that Xcode compatibility for this update is limited to the 7.2.x version max (read this blog post for details). Support for the current Xcode 7.3 beta and upcoming beta versions will be delivered in 3.4 EAP builds.

The AppCode 2022.2.2 bug-fix update is now available! Build 222.4167.29 is available from our website, from the Toolbox App, or via update patch from the IDE itself. DOWNLOAD APPCODE Here are the main highlights: Quick Documentation: The Quick Documentation popup for Swift code no longer scrambles the order of the access modifiers and keywords (OC-22712). VCS: The IDE now shows a balloon notification in the background for pre-commit checks that finish with failing results (IDEA-265084). Markdown: The Markdown auto-formatting action now correctly formats Markdown files with

AppCode 2022.2 was released just a few weeks ago and helps you analyze the structure of your application by generating UML class diagrams for Objective-C and Swift. It also improves code documentation, generation, and formatting, and is aligned with the latest Xcode versions and new Swift language features. Today, we’re publishing the AppCode 2022.2.1 bug-fix update. If you haven’t yet upgraded to the new v2022.2, now is a good time to do so! Build 222.3739.57 is available from our website, from the Toolbox App, or via update patch from the IDE itself. DOWNLOAD APPCODE Here are the main high

The new version helps you analyze the structure of your application by generating UML class diagrams for Objective-C and Swift. It also improves code documentation, generation, and formatting, and is aligned with the latest Xcode versions and new Swift language features.

The AppCode 2022.1.4 bug-fix update is here! Build 221.6008.18 is available from our website, via the Toolbox App, or via a patch from the IDE itself. DOWNLOAD Here are the highlights: Fixed the issue causing text flickers in the Commit details pane (IDEA-284246). Fixed the Run Git hooks checkbox in the Before Commit section of the Commit tool window (IDEA-264817). Changing the .iml file no longer removes associated Git mapping (IDEA-295303). Fixed the issue causing the external diff tools for directories to malfunction (IDEA-295565). The full release notes are available here. Your