Our traditional JetBrains Hackathon was held this summer at our St. Petersburg and Munich locations. Earlier we shared the first impressions and quick overview of the winning projects in our company blog. Today we’d like to tell you about one of the projects that came in third in more detail. Why does it deserve special attention? Because you can experience it in your everyday work in CLion!

The project team tackled a problem that appears to be essential for C++ language, which is already in its 30s. Dozens of standard code styles exist for C++, and hundreds of dialects are adopted in various big companies or development areas. Even if we take only one aspect of the code style guidelines and regulate the layout of the language lexemes through various spaces and new lines, the family is still huge. 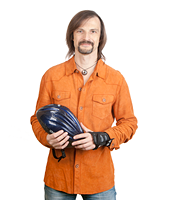 Alexey Utkin works on CLion (our cross-platform IDE for C and C++) taking care of the automatic formatter. This means he manages more than 200 interconnected settings for C and C++. One of Alexey’s dreams was to find a good solution to formalize the personal preferences of a developer or development team in a way that the IDE could truly understand.

Alexey has always been interested in Artificial Intelligence:
“The main challenge for our generation is to make computers think as a human being, meaning being able to make conclusions from assumptions, and make predictions based on input data,” he says.

This is how the team came to setting a task for themselves for this Hackathon: to teach the computer to “understand” code styles, i.e. identify the rules that were used for a particular code piece formatting. The restrictions, however, are pretty tight as there is a limited set of interdependent settings (code style parameters) that the computer can influence, and the time for solving the problem is limited as well.

The solution Alexey finally suggested was taken from the nature itself: a Genetic algorithm. In short, a genetic algorithm is a search heuristic that mimics the process of natural selection. This is the algorithm our own nature uses to optimize the generation by a set of given parameters. These parameters mutate and change for every individual in the generation, and the fitness of every individual is evaluated. The goal of the whole evaluation process is to reach a satisfactory fitness level.

In the particular case of code formatting the team searches for a set of parameters that leads to the given formatting:

Alexey and Roman worked out a few optimizations on the way as well:

Eventually, Alexey’s and Roman’s efforts were rewarded handsomely: about 40 generations later, 1-2 minutes of calculations, and voila! The team then implemented two practical things:

That’s about it. As we said earlier, this team’s work is already implemented in CLion and you can use experience it for yourself if you use our IDE. Get your free 30-day trial.

Please let us know in the comments below if this story was interesting to you so we can bring you more in the future. Thanks!

Update: Makefile projects support is now public in CLion 2020.2. What request in our tracker has more than 1000 votes, 370 comments, and 800 watchers? You guessed it: Support Makefile projects. This has been a story of interesting findings, semi-automatic workarounds, and a long battle that we still plan to win! If you’d like to get the latest news on this topic, please read on. From past to present: the evolution of project models in CLion Support for Makefile projects: How-to Option 1: Compiler wrappers Option 2: LD_PRELOAD Option 3: Parse the output of Make Support fo

We at JetBrains know about dogfooding. We practice it daily to close the distance to our users, so we can understand their needs, feel their pains and problems. IntelliJ IDEA has been dogfooded ever since JetBrains existed. WebStorm and its web development technologies are being used by our web team all the time. TeamCity, YouTrack, etc. And starting recently, we’ve been seeing CLion users inside the company! JetBrains Toolbox app - what’s that? JetBrains Toolbox app helps you manage all your developer tools from JetBrains, taking care of installing new versions, cleaning up old ones, g

CLion in 2015: A Review of Feature Usage

Hi everyone, CLion IDE was released to the public in April 2015, and now may be a good time to look back and see how things have developed (no pun intended). We published a similar overview within six weeks of the launch of the first public CLion EAP (Early Access Program). At that time we were wondering how the product evaluation was going and which features attracted the community’s attention the most. Today we are interested in gaining a more in-depth understanding of how our customers are using the product. What is their environment, which features do they use most often, what plu

Infographic: C/C++ Facts We Learned Before Going Ahead with CLion

Hi all, Since the first CLion announcement and public preview build, we've received many questions about technologies and toolchains selected to be the first in CLion (CMake, GCC, and GDB). We've also had a couple of interesting discussions about the C and C++ market on various conferences and here in our blog. JetBrains has a fantastic Research team that runs some exciting market research studies. They investigate typical user profiles, technologies, pricing, and other crucial aspects of product development. Before going ahead with CLion, we had asked our Research team for insight in