Data Flow Analysis is a powerful tool that allows CLion to understand your code better and warn you about such problems as always true/false conditions, unreachable code, endless loops, infinite recursion and more. This EAP brings some fixes for DFA checks in CLion:

__builtin_unreachable, that is used to indicate that a specific point in the program cannot be reached, caused incorrect warnings in CLion, like for example false “Control reaches end of non-void function” in this case: 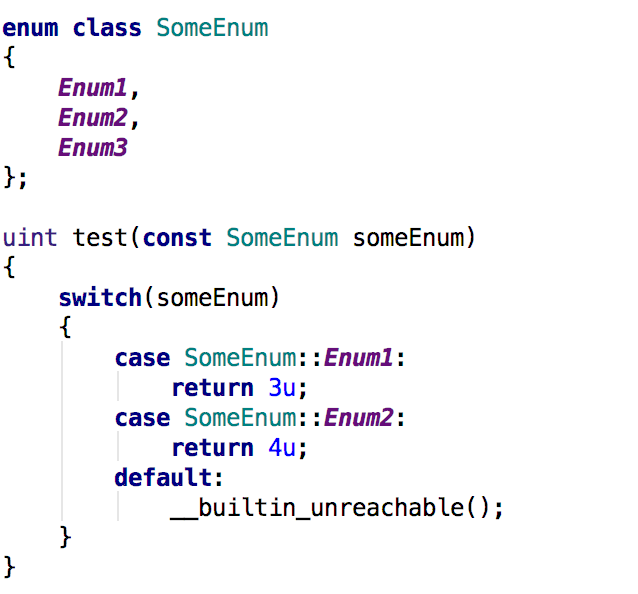 Starting from this EAP CLion supports it in a correct way, so no false warnings are shown.

To provide our users with better experience when working in a team, we’ve reworked the way CLion stores information in .iml files, that are special module files created by CLion. Please, make sure you’ve updated your stable CLion version to 2016.1.4 or 2016.2.2, which contains forward-compatibility fixes, so that you are able to open your projects in CLion 2016.3 EAP and current stable CLion versions at once.

Finally, there is also a fix for case-only target rename in CMake (CPP-883).

With this build the performance of text, author and path filters in Git log increased dramatically! What happens there now is an index that is built for all commits on first-time project opening and later updated on a log refresh. This allows the IDE to speed up significantly when filtering:

Another small but important feature introduced in this build is an ability to add remote repositories to local Git repository (IDEA-87099).

In case you are on mac and already got a fresh macOS Sierra, you’ll be glad to learn that this build includes a fix for an extremely sensitive scrolling with a trackpad.

Full release notes are available by the link as usual.

Download the build or get a patch update in case you are using previous CLion EAP, build 163.4830.5.