In this series of short blog posts, we are going to take a closer look at the key Rust-related features available in JetBrains IDEs through our corresponding plugin.

However, before we do that, let me briefly remind you about the current state of the Rust plugin:

While macros are essential for Rustaceans, they can be finicky from time to time. Fortunately, there are tools around to help ease your burden.

Let’s create a macro foo! that takes an identifier, a type, and an expression and generates a simple function with a given name and type that will just return the given expression in its entirety.

As soon as we invoke it with fitting arguments anywhere in the code, the proper type inference shows that the macro result is now fully acknowledged by the IDE! Smart Code Completion already knows what the resulting code of the macro can be, and applicable items are suggested accordingly. It is really quite handy.

Here’s an example of how it works with the popular error_chain crate which is based on macros and can be used to straighten out your error handling: 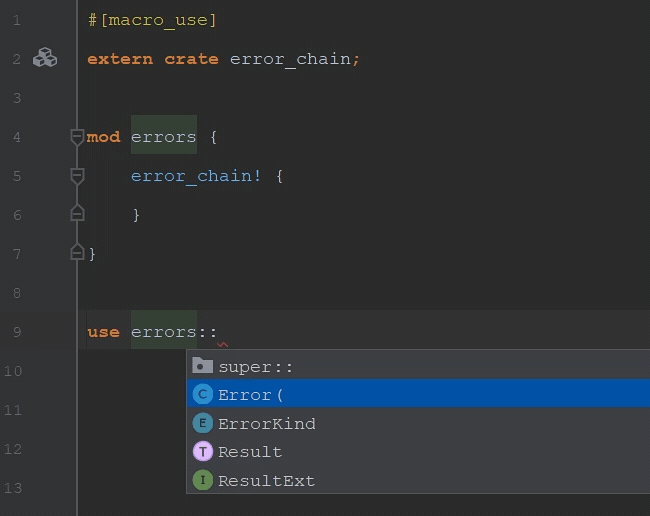 You can also take a look under the hood yourself with a convenient popup. Just right-click an invocation and choose one of two options: 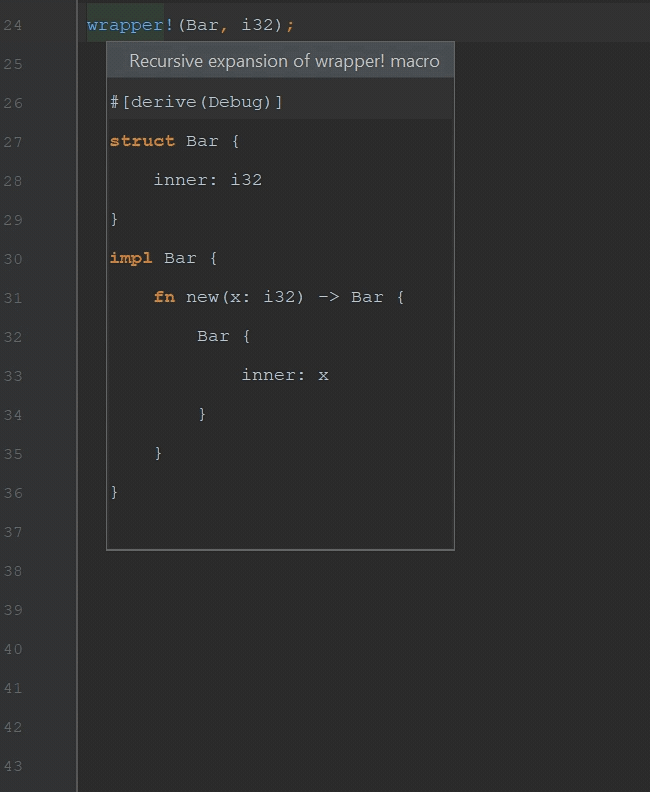 It’s even aware of the methods declared by a macro: 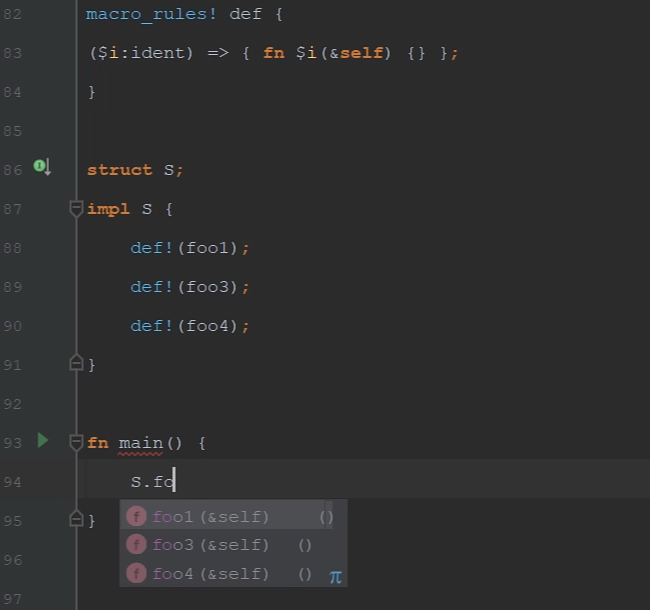 Rust functionality is easy to include and can be found inside the Plugins tab in the settings of your JetBrains IDE of choice: Settings | Plugins.

Though, the debugger for Rust code is currently exclusive to CLion.

To learn more about the plugin, check out the link.

Thanks for reading this, and see you soon!

During the recent Q&A session on Reddit, we got a surprising number of questions about our plans for Meson support. Today we are going to show you how you can already use Meson-based projects in CLion. For this we will use compilation database support in CLion. Meson is a relatively new build system that strives to be fast yet simple to use. It converts build scripts written in a Python-like language into one of the backend build systems: Ninja (the default and recommended one), Visual Studio, or Xcode. Recently Meson has started to gain popularity among C++ developers. CLion currently doe
January 11, 2021 by Semyon Kolton

In the first post of this series, we built a simple prototype project using an Arduino board. This second stage involves constructing a full-featured device that can display the current temperature and pressure with an atmospheric pressure chart, and can run off a single battery for several weeks. The source code is available on GitHub, and readers can follow along with the text in this post commit-by-commit. Hardware Hardware modding Full circuit assembly Firmware Configuring peripherals Writing code Power consumption MCU configuration changes to optimize power consumption F
December 11, 2020 by Ilia Motornyi
Subscribe